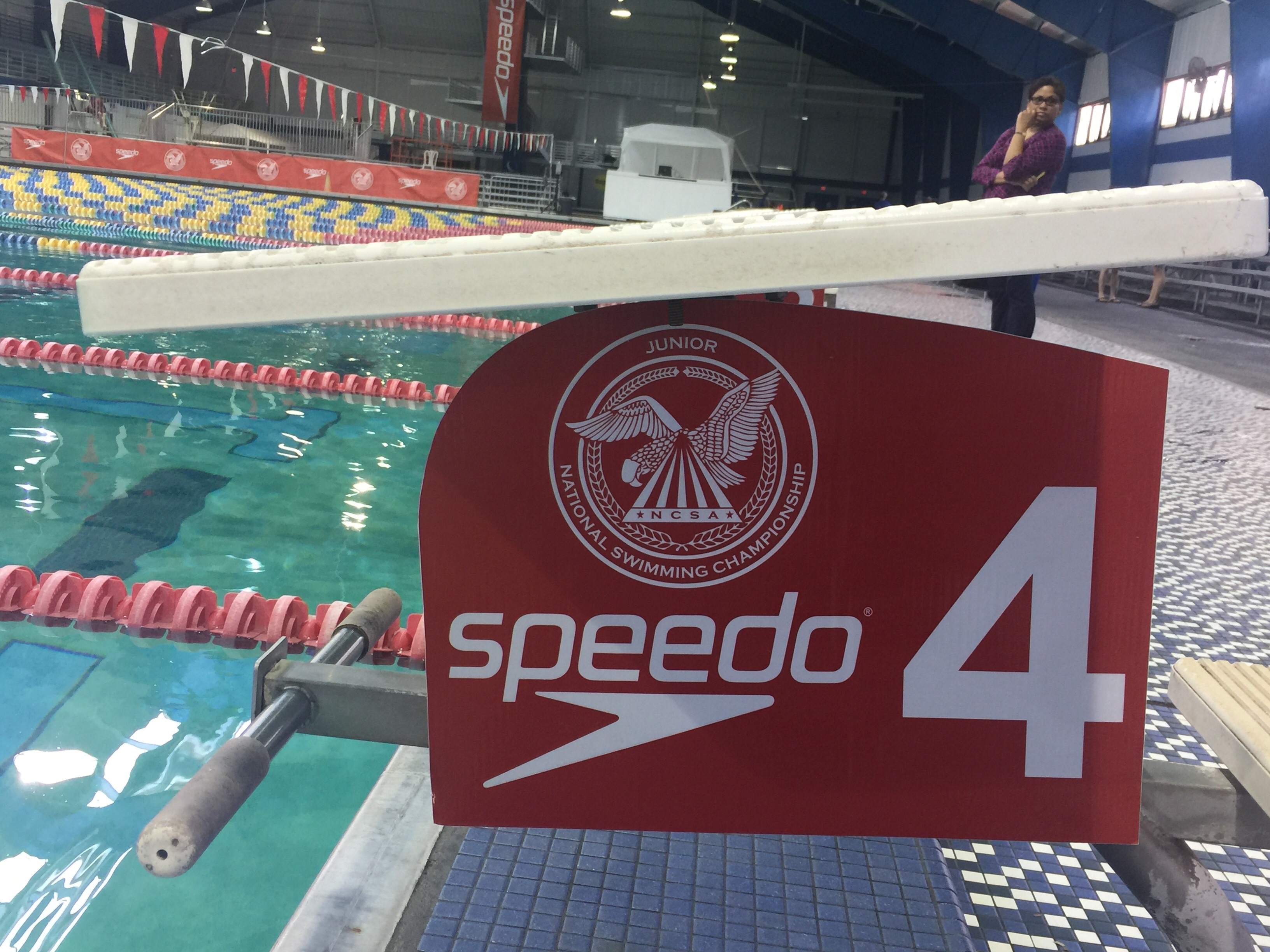 ORLANDO – The airport in Orlando has been a popular hangout for Potomac Valley (PVS) swimmers in the past two days. The older swimmers are heading home after a successful long weekend of swimming at the NCSA Junior Nationals.   The younger swimmers, ages 9-14, are here in Orlando – ready for their opportunity to make a mark.  Beginning Tuesday, March 22nd and ending Friday, March 25th, swimmers from all over the country will be competing in the 2016 NCSA Age Group Swimming Championships.

A quick look at the psych sheet for the NCSA age group meet reveals some familiar names from the recent PVS Junior Olympics Championship meet.   Snow, Shark Tank Racing, RMSC, NCAP and Machine are representing PVS.  Based on the psych sheet, swimmers from these teams should do quite well.

But, before we talk too much about this meet, we need to highlight some amazing swimming during the NCSA Junior Nationals.

While the NCSA age group meet taking place this week is for the 14 and under swimmers, that doesn’t mean some of the younger swimmers didn’t compete in the “senior” NCSA Junior National meet last week.   The Cinderella story of this meet involves one of those swimmers, Phoebe Bacon – a 13 year old NCAP swimmer from Maryland.

Last year at the MCSL Coaches Long Course meet, many of us watched in awe as Phoebe, 12 at the time, broke the MCSL record in 100 backstroke (LCM).  She clocked an impressive 1:05.04.  It was clear then she was going to give the older kids a run for their money.

In finals at NCSA Junior Nationals last week, her first time swimming long course since last summer, she swam a 1:03.78 in 100 backstroke (LCM), placing 14th.  But, a true champion is unstoppable, and Miss Bacon decided to give the race another try in time trials. This time the clock was in her favor, where she posted a 1:03.19.  The 13 year old Marylander now has an Olympic Trials cut to take home as a memento of her time in Orlando.  Well done Phoebe!   An interesting tidbit, time trials at this particular meet cost $5.   That’s money well spent!  And, as a little side bonus, Phoebe also won the Women’s 50 Back with a time of 29.15.

NCAP’s Women’s Team came out on top at with 1,233 points, 588 points ahead of 2nd place Ozaukee Aquatics from Wisconsin.

The NCAP Men came up a mere 29 points shy of the 1st place finishers, NOVA Virginia.

The Combined Team Scores had NCAP on top — 1000 points ahead of runner up NOVA.  Machine Aquatics, also a PVS team, rounded out the top three teams at the 2016 NCSA Junior Nationals.

In closing, we would like to congratulate all of the swims by the older kids and wish the younger kids the best of luck.

7 thoughts on “Out with the old, in with the new – NCSA wrap up”