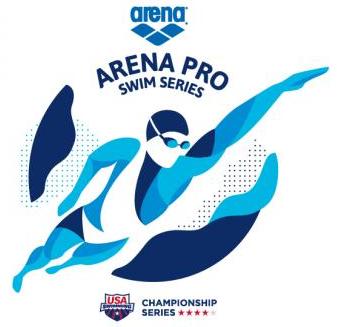 Katie Ledecky led the group of PVS swimmers who swam at the fourth stop on the Arena Pro Swim Series, which took place on April 14-16 at the Skyline Aquatic Center in Mesa, Arizona.

With her strong performance in Mesa and with only three more stops left in the Arena Pro Swim Series, Ledecky extends her lead atop the 2015-16 leaderboard by 15 points over second place, Maya DiRado.

The eligible overall point total winner (male and female) of the Arena Pro Swim Series will win a one-year lease of a BMW vehicle plus a $10,000 bonus.  But as Ledecky clarifies in the interview above, “it doesn’t really matter” that she heads the leaderboard since she’s not a professional swimmer (yet) and thus is currently ineligible to receive any winnings in the Series.