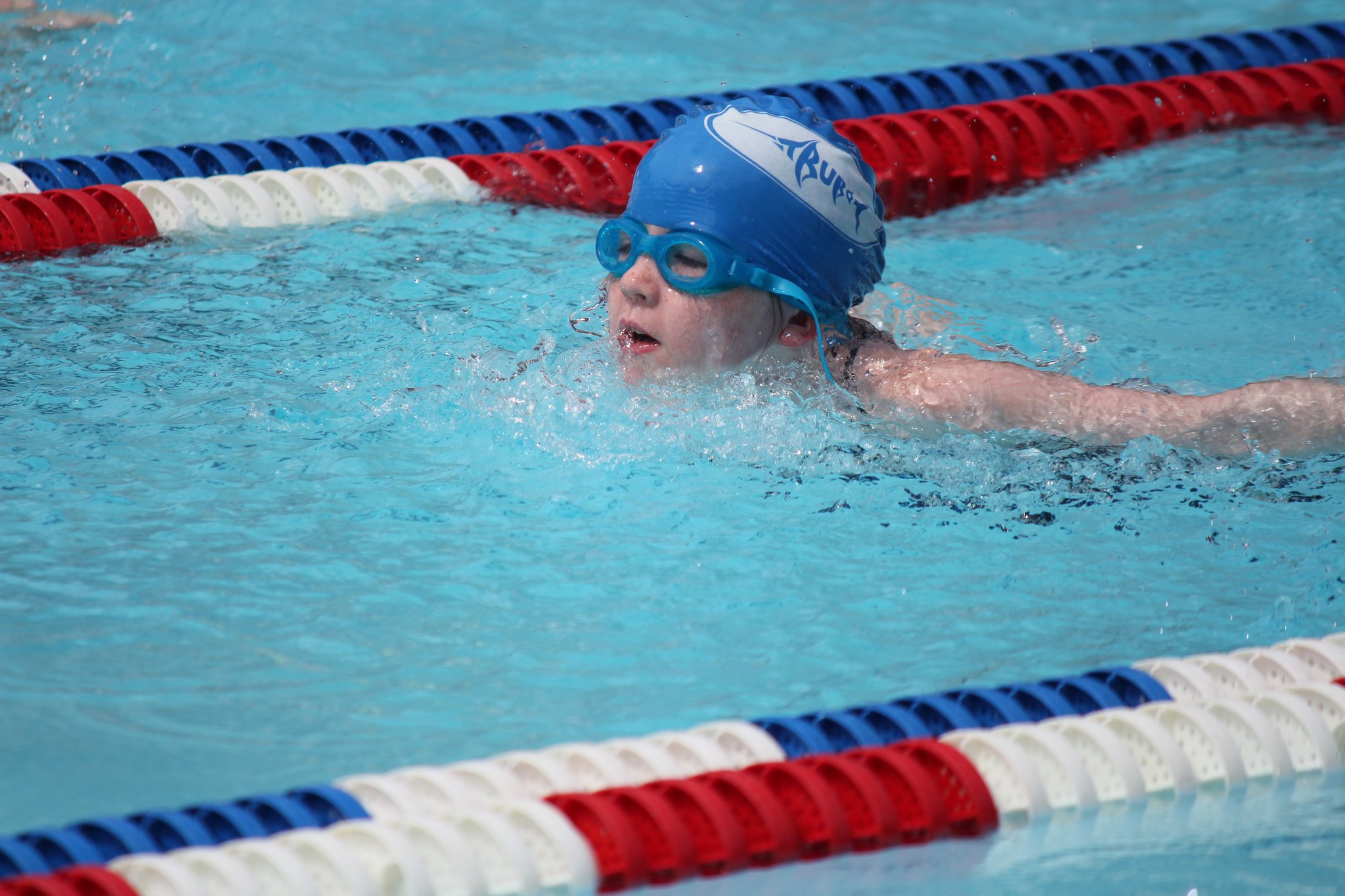 By Elli Overton / republished by permission from Swimtopia.

When it comes to Summer League swimming, the Northern Virginia Swimming League, or NVSL as it is commonly known, is one of the “Grandfathers” of summer swimming – one of the oldest and biggest leagues. With 102 swim teams and 48 diving teams, the League gives over 17,000 kids the opportunity to participate in aquatic sports every summer. Established in 1956 by 11 founding member teams, the League’s mission is “to develop in the children participating in our program, a love for the sport, advanced aquatic skills, teamwork, and the principles of good sportsmanship.”

The ideals of the NVSL were copied all over the United States, with Summer Swim Leagues popping up all over the country. Today it’s estimated that there are more than 2 million summer league swimmers in the United States. The majority of summer swim leagues are 100% volunteer run, just like the NVSL.  Across the country, summer swimming pulls communities together, teaches kids valuable life skills, and focuses on those fundamental principles of teamwork and sportsmanship.  In summer league swimming, everyone is a winner.  For some, summer swimming fosters a love of the sport that leads to year round swimming, taking some of these athletes through college and even as far as the Olympics. The NVSL alone has produced at least 7 Olympic swimmers. The first was Melissa Belote, a three time gold medalist at the 1972 Olympics at the age of 15.

A tradition of family-focused fun

When talking to NVSL swim and dive team representatives, the same themes keep coming up – the family focus, the fun, the tradition, and… the fun. Kids often start on the swim and dive teams when they are 6, 7, 8 yrs old and stay through High School. The older kids help the littler ones and are always there, setting an example and acting as role models. Michele Bergen, who is now the Advertising Committee Chair at the NVSL, described the “Fledgling Program” on her team, Ravensworth Farm. Before her kids were old enough to be on the team, they were “Fledglings”, part of a learn-to-swim program where the little ones were taught to swim by the older kids on the Summer League Team. Her kids then graduated to the summer team, swam every summer, and eventually chose to swim year round as well. Fast forward to her kids’ teenage years and there they were, coaching the Fledglings.

Now fast forward to present day, two years after her kids graduated from summer swimming, and here is Michele, putting in her last year with the Advertising Committee before “retiring” from summer swimming “volunteerhood”. This is the nature of the NVSL – you get involved, you give back to your community, and you stay committed. Everyone knows that summer league couldn’t survive without committed parent volunteers, but as Michele says “the League has given so much to my kids. My kids benefited from summer swimming in such an enormous way, I am happy to give back.” 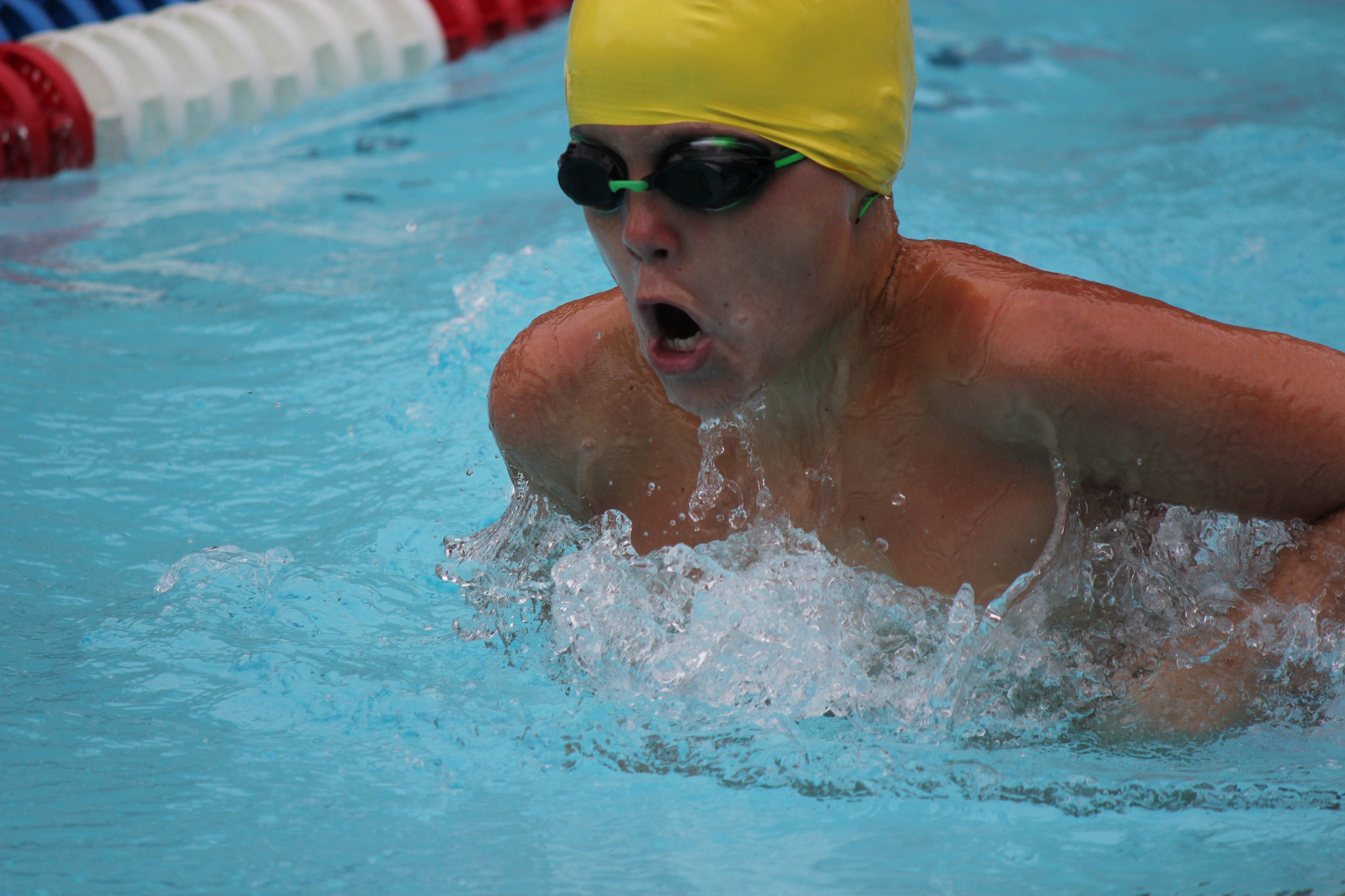 Often swim leagues split up over time, breaking up into smaller factions. Not so for the NVSL. The number of teams has stayed almost constant in recent years with 17 divisions made up of 6 teams in each. Teams are seeded into Divisions by a complicated formula that considers many factors, including number of swimmers on the team, their ages, and the team’s past performance. The goal is to seed teams who are well matched into divisions together, so the competitions are close, exciting and fun. With such a large and diverse set of teams, it’s hard to generalize about the NVSL experience. For kids in the top divisions, the swimming is highly competitive. They say, as you move down in the divisions, it is still competitive but the focus becomes more about the fun and camaraderie. NVSL Publicity Chair, Paul Kelly says, “having spent significant time in Division 1 all the way down to Division 11, I would say that, once the meets start, the competition can be just as intense at any level. That is what the seeding process strives for. Camaraderie, sportsmanship, and the learning experience are evident.”

All teams are able to strike a great balance between the competitive side and the fun side with the League’s two meet system and their Relay Carnivals. Unofficial “B” meets, held on Monday nights, are for all swimmers on the team and are coordinated with pools in the local area. Teams like Donaldson Run often pick a theme for these meets and everyone gets dressed up and has a blast. Past NVSL President, Jim Shlesinger, explains the evolution of the “B” meets: “B” Meets were a natural offshoot of growth in the sport, with teams getting larger and in need of having additional meets so all team members would have the opportunity to swim in a meet of some type. Developmental (or “B”) meets began in the early to mid-60’s. They are not NVSL sanctioned events. I know that I swam in “B” meets as early as 1966.”

Teams use the “B” meets to gauge how the whole team is swimming and it’s often swims at the “B” meets that qualify kids for the following Saturday’s “A” meet. April Toman from Dowden Terrace explains, “it’s motivating for the kids to know that if they lift themselves at the “B” meet, they might get to swim at the “A” meet”.

The official “A” meets are held on Saturday mornings amongst the pools in the Division. Only 3 swimmers can be entered per event, and swimmers can only swim 2 events and one relay. A unique relay within the NVSL is the “Mixed Age” relay, an “8 lengths” freestyle relay swum in the following order: 11-12, 10 & U, 13-14, 15-18. The Mixed Age relay started as a 100 Medley Relay in 1958 and switched to the 8 length freestyle format in 1960. With the Divisions closely seeded, these “A” meets are exciting and often come down to the last relay. Many teams celebrate after the Saturday meets with picnics for the whole family, or teams meet up at a favorite local restaurant afterwards. Some teams, like Dowden Terrace, have themes for their “A” meets instead. Basically fun, family and teamwork are still the name of the game.

Hard work and dedication in service of stronger community

When discussing how the NVSL has stayed unified and so well run, Sue Annis from Donaldson Run describes the NVSL as a “well oiled machine”. The processes are time honored and traditions from a generation (or two!) ago are still upheld today. April Toman says that on a day-to-day basis during the summer season, she doesn’t often think about the long history of the NVSL but she knows she is part of something special. She takes pride in the fact that her family participates in and upholds the traditions of such an esteemed organization.

Running a massive summer swim league takes time and effort. Hundreds of team and league volunteers work overtime to give kids the opportunity to participate in summer swimming. Mason Hale, CEO and Founder of SwimTopia was one of those swim team volunteers. A summer league Dad in Austin, Texas, Mason started working as the computer volunteer for his team and quickly decided there had to be an easier way to run a swim team. He created SwimTopia, swim team software designed to manage your swim team online. SwimTopia provides swim team websites with the capability to manage meet entries, volunteer signups, registration, communications and more, saving hundreds of volunteer hours every season. Mason says, “I drew inspiration from the community strengthening benefits of summer league swimming, it lead me to develop a product that would reduce the work and add to the fun for everyone, after all that’s what summer swimming is all about.” The NVSL does not endorse any team management software platforms, including SwimTopia, teams are free to choose the team management solution that best fits their needs. SwimTopia is honored to have been selected by more than 25% of NVSL teams in just 3 seasons.

When asked what motivates her to give back, Sue Annis says “I give time and energy to swimming because of my children’s commitment to the sport. I also love the fact that the summer swim league is a community activity – families give up their time and energy to support it. It’s a fast and furious season, but for our family it has become a tradition.” Luckily there are enough kids catching the bug each summer, motivating their parents to get involved, that the time honored traditions of the NVSL could well continue for another 59 years at least. We hope so.