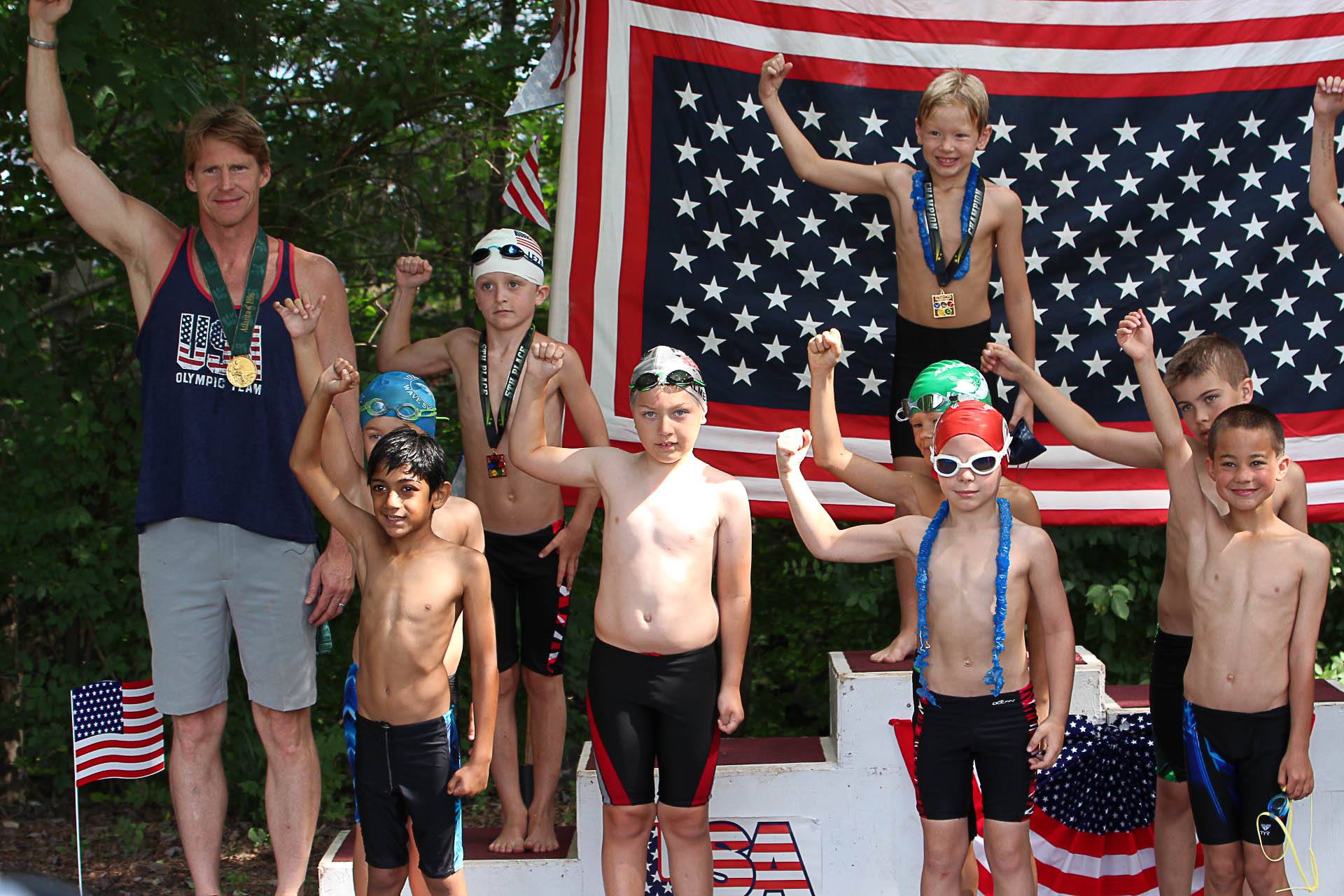 By: Mitchell Pleasure, Head Coach of the Hunters Creek Stingrays

Every year in the middle of July, Herndon’s large summer league swimming population gathers at the Kingston Chase pool for a very special meet.  This meet, aptly named the Herndon Olympics, redefines neighborhood rivalry. Teams from two leagues, the Northern Virginia Swimming League (NVSL) and the Herndon Swim League (HSL) face off in a championship meet where neighbors, friends, and high school teammates compete for bragging rights. The geographic proximity of the competing teams serves to foster a familial community for the swimmers of Herndon, and this has created a thriving swimming culture in the town.

The meet, although unscored, is very competitive. Of the 9 teams who compete, 7 are of the HSL (Hunters Creek Stingrays, Kingston Chase Fighters, Four Seasons, Bradley Farm Wave, Reflection Riptides, Kingstream Kahunas, and Herndon Community Center Halibuts) and 2 are of the NVSL (Hiddenbrook Hurricanes and Herndon Hammerheads). Each team can only send their top two swimmers in every event and in many age groups the winning times would put them in the top 25 of the regional leaderboards.

The meet was originally formed 37 years ago for then head coach of the Herndon High School swim team, Joe Smith, to scout talent in the area. “The meet has evolved a lot since then,” Kerstin Severin, the Aquatics Services Manager for the Town of Herndon and organizer of the event, commented, “we have added an Olympic clinic where [the swimmers] have had an opportunity to meet Olympians, to swim with Olympians, and to experience how fun swimming is at an upper level.” 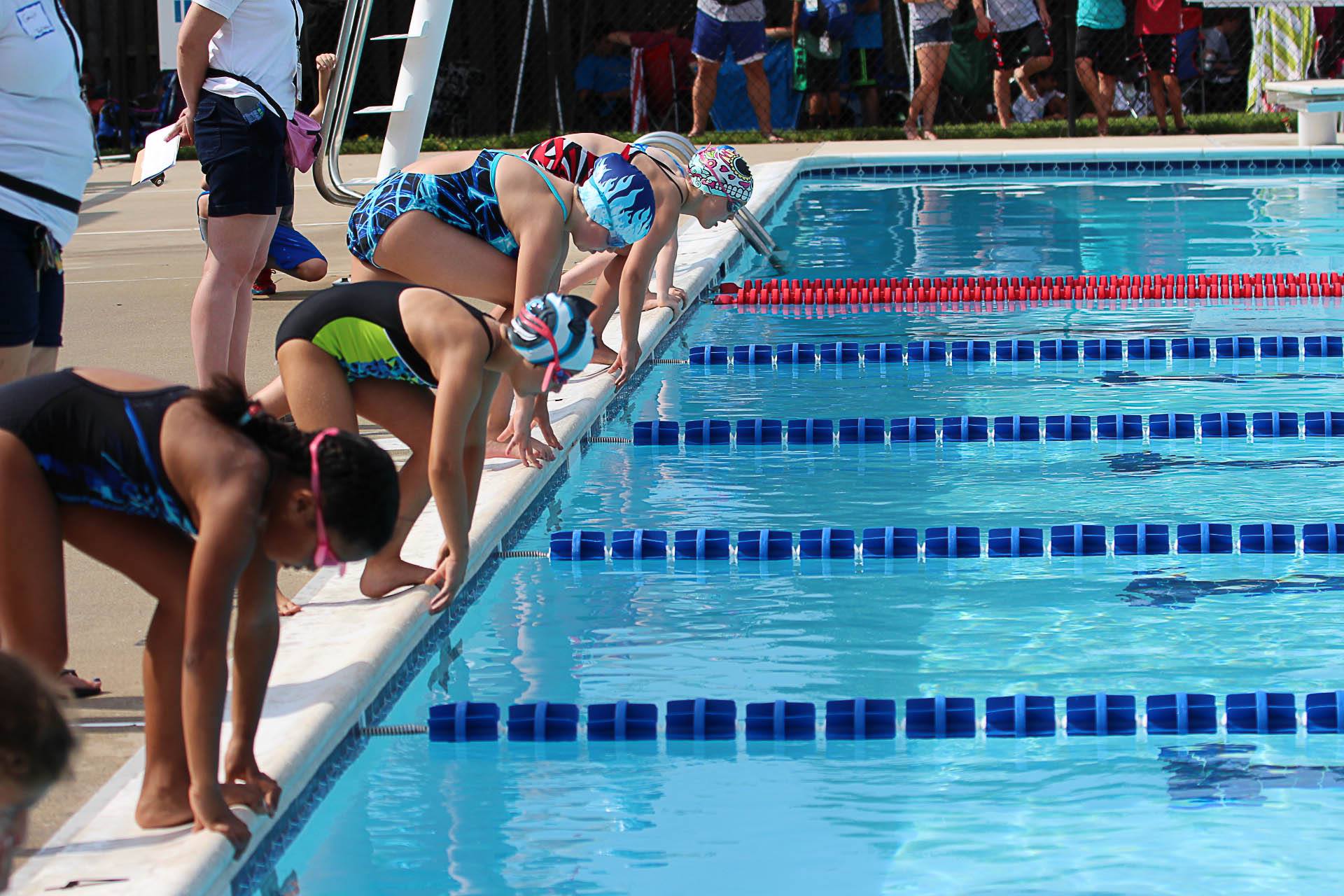 One of the defining goals of this meet is to inspire the swimmers to push themselves in and out of the pool and to realize that they can accomplish anything with hard work. “The kids definitely look up to [the Olympians],” Nolan Chase, head coach of the NVSL’s Herndon Rec Hammerheads, remarked, “they’re great role models and they give the kids something to aspire to.” Gold medalist Josh Davis, a 7-year veteran of the meet, handed out awards for the first half of the meet.

Josh Davis loves the opportunity to reach out to swimmers on an individual level and to inspire them to become the best they can be. “Its really special to cheer on these kids, to encourage them in this wonderful sport that brings so many people together [especially] in this Olympic summer.”

Christian Ginieczki, an Auburn swimming commit and member of the HSL’s Kingston Chase Fighters, considers the Herndon Olympics his favorite summer league meet because he has the opportunity to race his “hometown friends and rivals.” And this past Tuesday race his hometown friend he did. One of the most exciting races of the meet was the boys’ 15-18 year old 50-meter backstroke. Christian Ginieczki out touched his Herndon high school teammate and UVA commit Dylan Cudahy of the HSL’s Hunters Creek Stingrays by 0.43 seconds to win the race with a meet record time of 26.87s.  When asked about the meet after his race, Christian said, “[The] Herndon Olympics has the best [racing] atmosphere in the world.” 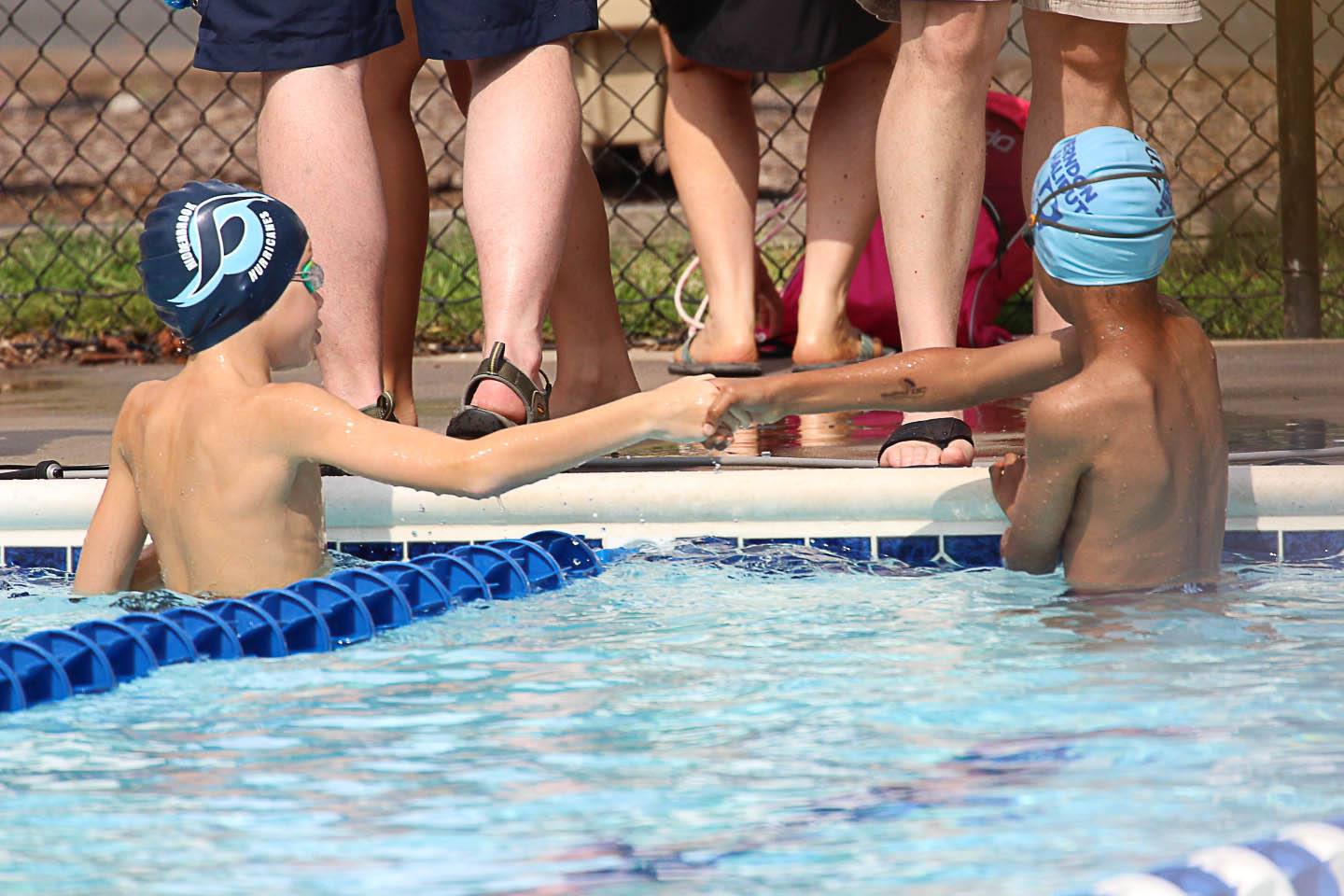 Additionally, there were a number of notably fast races that nearly eclipsed the standing meet records. In the girls’ 8&under 25-meter freestyle Heidi Gilman of the Herndon Community Center Halibuts went 17.44s missing the 21 year old meet record by a mere .09s; she also went a 22.21s in the girls’ 8&under 25 backstroke which would place her in the top 20 for the area this summer. Jake Cuppernull of Hiddenbrook missed by boys’ 11-12 50-meter freestyle record by 0.36s with a time of 29.69s. Kingston Chase’s Charlie Kucik blazed a 26.98s in the boys’ 13-14 50-meter freestyle missing the meet record by 0.60s. Four Seasons’ Matthew Kauffman swam a 21.70s in the boys’ 8&under 25-meter backstroke, putting him in the top-20 for the DMV this summer. 13-year-old Georgia Cutrell of Hunters Creek, who had aged up to 13-14 only a few days earlier, scorched a 33.39s in the girls’13-14 50-meter backstroke. In arguably the most exciting race of the afternoon, Dylan Cudahy of Hunters Creek out touched Devin McNulty of Kingston Chase by 0.03s to win the boys’ 15-18 50-meter breaststroke with a time of 31.16; he missed the meet record by 0.09s. Finally, Hiddenbrook’s Noah Dyer missed Christian Ginieczki’s record in the 10&under 25-meter butterfly by 0.10s with a time of 15.63s. 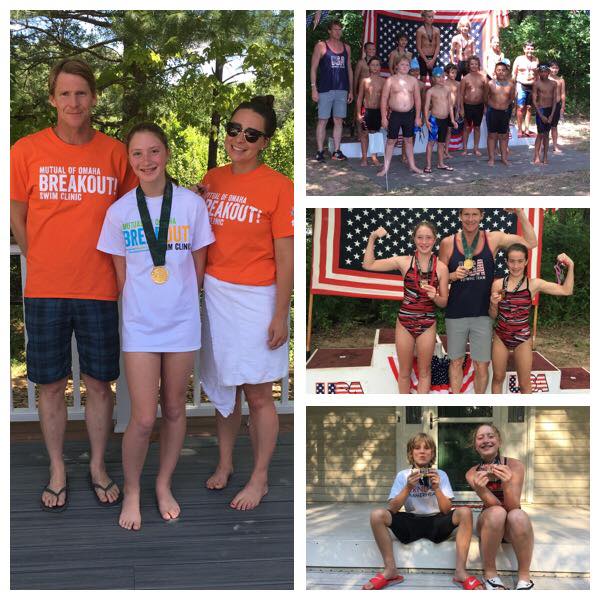 After the exciting day of racing comes to a close, the swimmers and their summer teams return to their respective leagues to finish out the rest of their schedule. Year after year this meet transcends the boundaries set by leagues and unifies the town of Herndon’s swimming population for one day over the summer.

One thought on “Herndon Olympics”