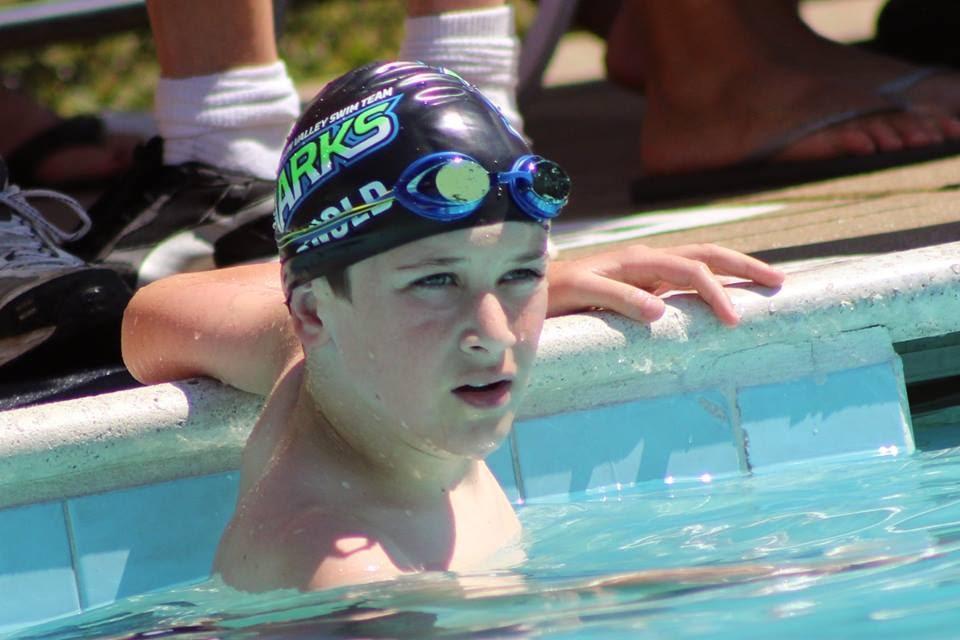 SOUTHBRIDGE FINISHES FIRST 41 TIMES, FALLS TO FROGS
The Southbridge Seals welcomed the Dale City Frogs in a Week 5 meeting of these 2-2 teams. The Division 8 Seals faced a much larger opponent in the Division 4 Frogs and despite taking first-place in 41 out of the 67 events, including 34 of the 48 individual events, the Frogs had 133 more splashes than the Seals and won 2835 – 2177.

“This speaks to the high caliber of swimmers we have within our program and proves we’re heading in the right direction,” said Southbridge head coach Greg Giovinazzo.

The Seals broke nine team records, four relay and five individual, during the meet. These were highlighted by Patrick Kayne who broke one of the team’s oldest records for the Boys 15-18 50M Breast. Southbridge also had 16 swimmers record 37 Top 25 PWSL times and 10 relay teams score Top 15 PWSL times for the week. 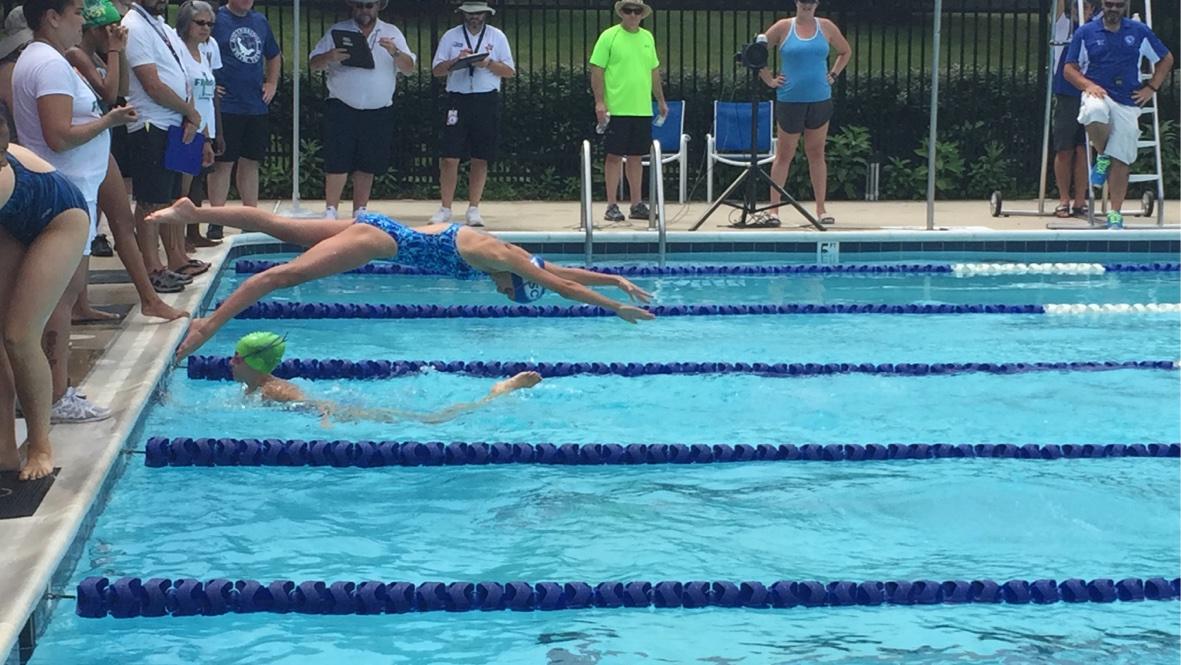 The Seals are the official swim team of Southbridge on the Potomac located in Southbridge, Va., and includes swimmers from the Southbridge, Potomac Shores and other surrounding communities in southeastern Prince William County. They are the reigning PWSL Purple Division champions, claiming the title in 2015, 2014, and 2012.

WEEK FIVE: WELLINGTON AT BRIDLEWOOD
Just a few years ago, the BWaves were division rivals with the Wellington Dolphins. This friendly rivalry took shape again as the BWaves played host to the Dolphins this Saturday in the fun-filled atmosphere of the Bridlewood Community pool. Despite missing a number of key swimmers due to the PVS Junior and Senior Championships meet, the BWaves managed to seal the victory with another impressive day of swimming.
Though only three team records fell this week, the BWaves posted best times in approximately half of their swims. As for the records, Madalyn Witt snagged the team record in the 8 & Under Girls 25m Freestyle event, sneaking under the record set by her twin sister, Makenzie, last week by one one-hundredth of a second and posting a 17.87 seconds. That should be an exciting event in the final two weeks of the season.

Just three events later, twelve year old Ryan Chmielenski dropped over a half second from his seed time of 30.79 seconds to claim the 11-12 Boys 50m Freestyle record, with a new time of 30.25 seconds. Moving to Backstroke, Christian Carroll lowered his 9-10 Boys Backstroke record for a third time this season, with a new best time of 39.45 seconds. For the first time this season, no relay records were broken for Bridlewood.

The BWaves are now 4-1 on the season. This Wednesday night, Bridlewood’s developmental swimmers (The Guppies) will be hosting the Kingsbrooke “Pups” in a mini-meet to invest in the next generation of swimmers. The BWaves will host the Dale City Frogs next weekend in their final meet before Divisionals.

It was Shark Week in Haymarket last weekend as the Dominion Valley Sharks hosted the Meadowbrook Makos. The double-dose of sharks in the pool made for a fast, exciting meet! In the end, the DV Sharks scored a home victory with a final score of 2,995 to 2,242.

Congratulations to all of the sharks on both teams, and thank you to the Meadowbrook Makos for a great meet!