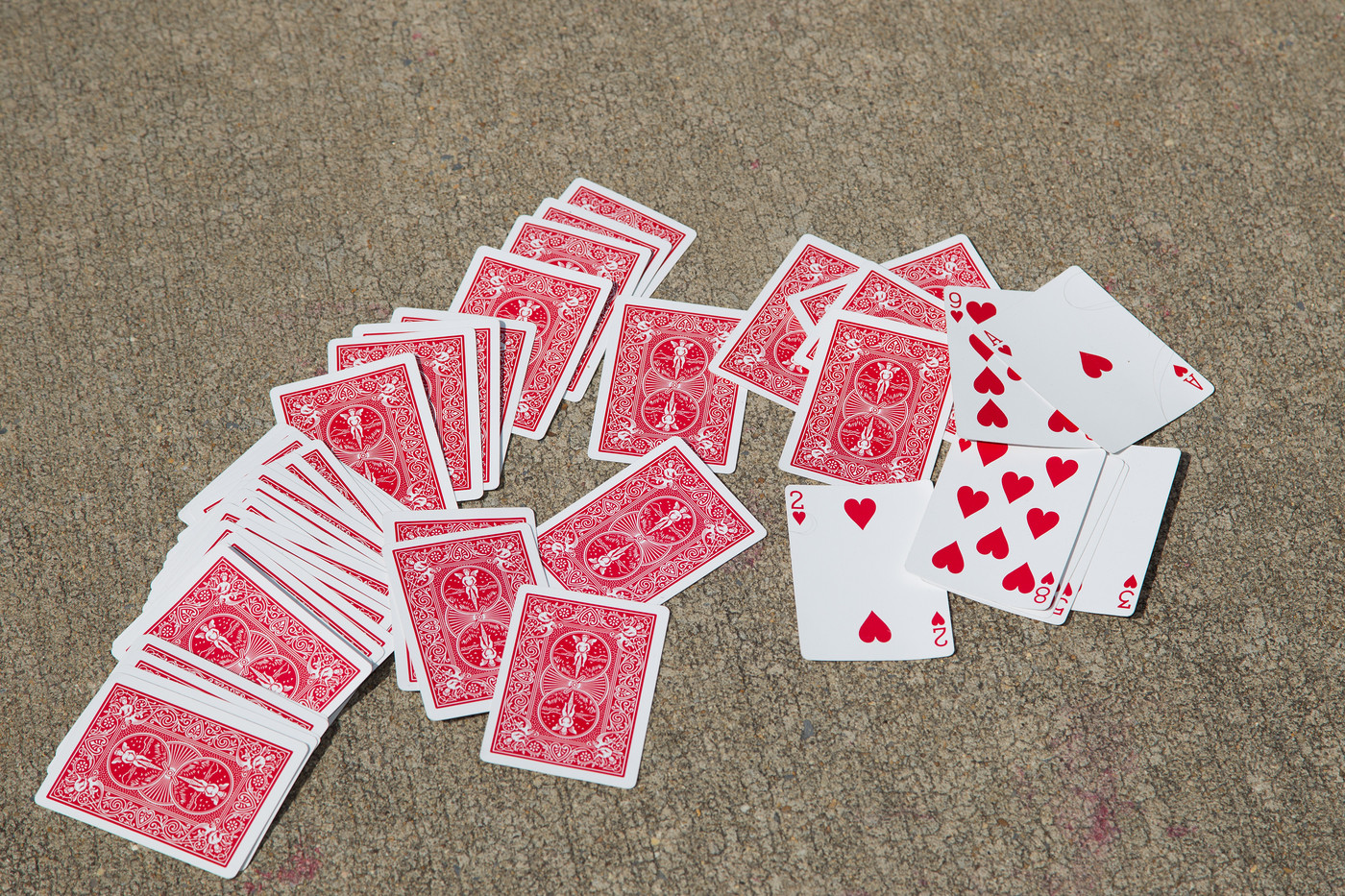 All the cards have been played and the Preliminary 2017 MCSL Division Assignments are now in.  Lots of moving and shaking going on for next year.

Teams are assigned to divisions each year based on a computer swim-off using times from the previous year (i.e., contrary to popular belief, division assignments are not based on teams’ win/loss records from the prior year).  That is, at the end of each season, MCSL creates a virtual team for each MCSL team using the median times from its 5 dual meets and then runs a computerized swim-off (i.e., virtual meet) of each virtual team against every other virtual team.  The 6 teams that have the most wins end up in Division A, and those with the fewest wins are placed in Division O.

In the past, new teams automatically were placed in the last Division.  Now, however, if a new team entering MCSL is an established team and has a record of times swum, that team may be placed in a Division that more closely approximates the strength of the new team.

Congrats to all for an outstanding season.  See you at All-Stars. 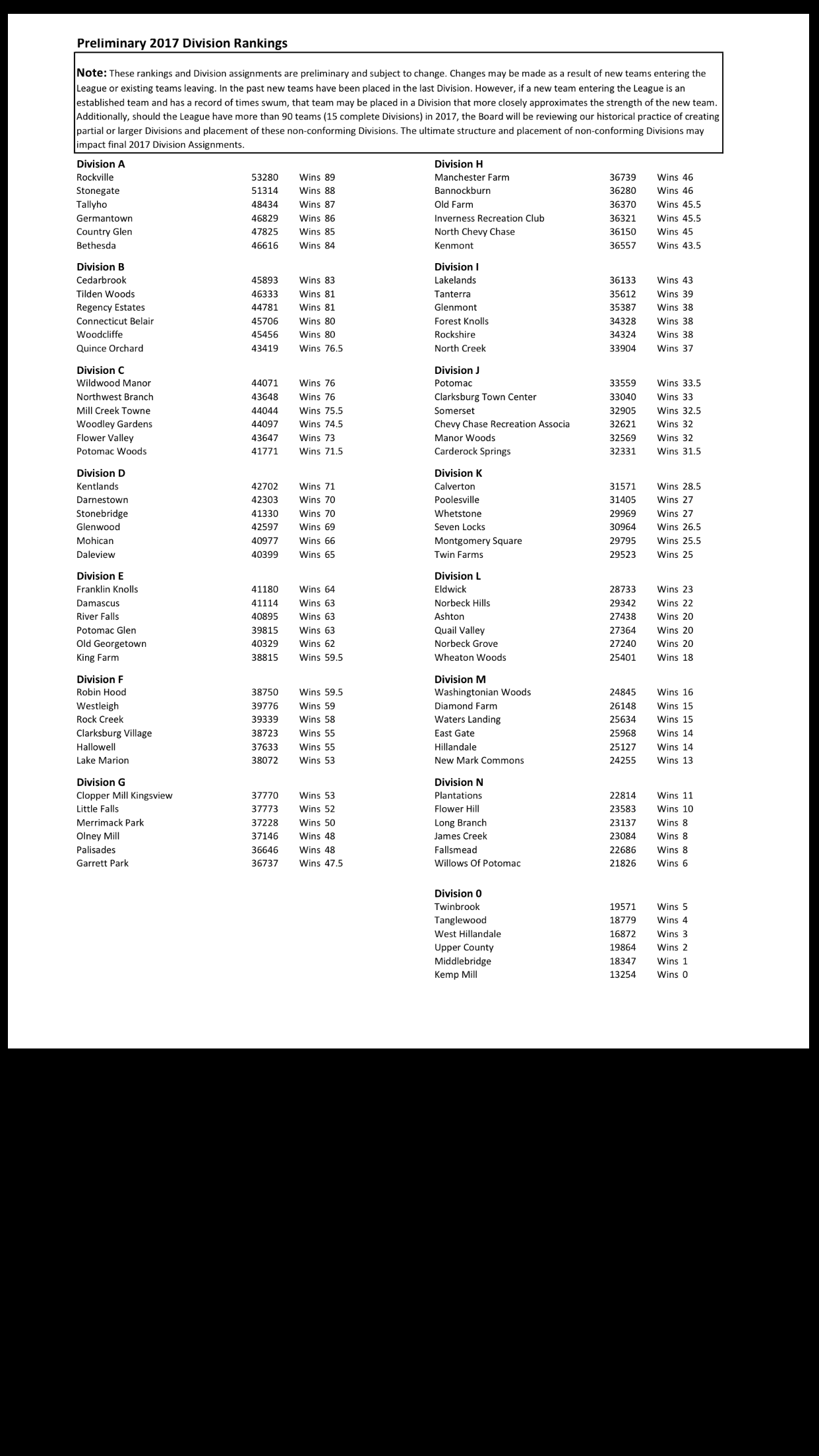