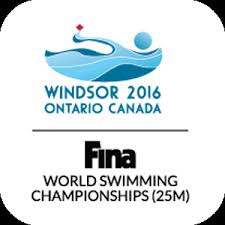 Backed by four medals on the final night of competition, Team USA won the medal table with 30 at the FINA World Championships (25m) at Windsor, Canada’s WFCU Centre. The Americans also captured the top team point total with 1027 points.

Team USA picked up three individual medals tonight, Worrell leading the way with a runner-up finish in the 100m butterfly lowering her own American record by .20 to finish in 55.22. Worrell was just out-touched by Hungary’s Katinka Hosszu who finished only .10 ahead for gold.

In total, 35 Americans – 17 women and 18 men – competed in Windsor. The full roster can be found on usaswimming.org.