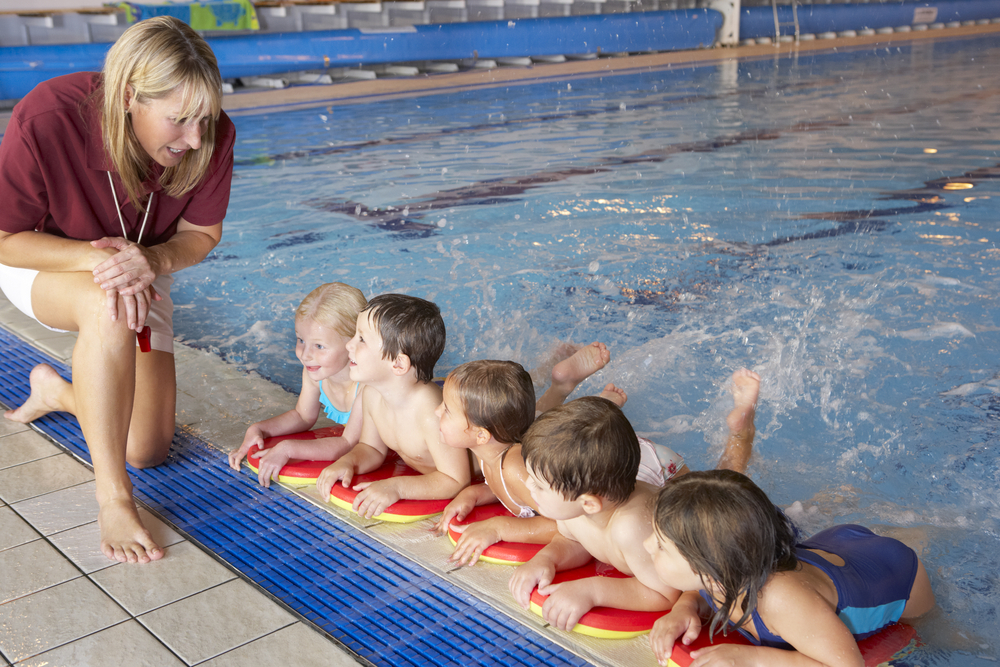 Editor’s note:  We have been asked why USA Swimming (USAS) does not maintain “Top Times” lists for 10 & under kids.  Below is USAS’s explanation for that policy.

The USAS National Times and Recognition Committee presented the Top 10 single age recognition program at the September 2007 Age Group Development Business Meeting. During this meeting, which involved LSC Age Group Chairs and committee members, the Age Development Committee recommended that the 10 & U age group be dropped as part of the recognized age groups in this program. There was widespread approval and minimal discussion of this proposal. The National Times and Recognition Committee then presented the Top 10 single age recognition program with the amendment of eliminating the 10 & U age group at the USAS Convention. Again, there was little opposition and discussion.

However, there has been subsequent discussion regarding USA Swimming’s decision to no longer recognize 10 & under performances in its current event ranking system. This brief paper contains the rationale of the Age Group Development Committee for this decision.

The rationale is based on three pillars:

Pillar I: Foundation of Long-Term Development of the Athlete
The focus of the National Age Group Development Committee is to find and promote opportunities for age group swimmers to build a healthy foundation for making swimming a life-long sport. The Committee feels that a key part of building that base as an age group athlete is accomplished by a long-term developmental progression. Programs that enhance this focus are supported by the Age Group Development Committee.

The Committee is continually reviewing the scientific literature on athlete development, to ensure that our proposals and programs are in line with the best available information. A current leader in the theory of long-term training and athlete growth and development is Istvan Balyi. In an article he wrote with Ann Hamilton, “Long-Term Athlete Development: Trainability in Childhood and Adolescence,” Balyi argues,

Scientific research has concluded that it takes eight-to-12 years of training for a talented player/athlete to reach elite levels… Unfortunately, parents and coaches in many sports still approach training with an attitude best characterized as “peaking by Friday,” where a short-term approach is taken to training and performance with an over-emphasis on immediate results. We now know that a long-term commitment to practice and training is required to produce elite players/athletes in all sports.

A specific and well-planned practice, training, competition and recovery regime will ensure optimum development throughout an athlete’s career. Ultimately, sustained success comes from training and performing well over the long-term rather than winning in the short-term. There is no short-cut to success in athletic preparation. Overemphasizing competition in the early phases of training will always cause shortcomings in athletic abilities later in an athlete’s career.

Concurring with this opinion, the Age Group Development Committee believes that recognizing the 10 & under swimmer nationally puts undue emphasis on short-term accomplishments and it conveys a sense of these young swimmers’ having reached the highest levels of the sport, instead of a rung in a long developmental ladder. In lieu of national recognition of the fastest times in individual events, USA Swimming provides other opportunities that encourages and motivates young swimmers, and that align with its goal of building the healthy base.

USA Swimming has a long-established age group development philosophy regarding the proper emphases in the training of our youngest swimmers:

This developmental progression is outlined in detail in several USA Swimming publications, most notably the Foundations of Coaching collaboration between USA Swimming and ASCA. There is a progression of programs for both coach and athlete development based upon that philosophy.

The Age Group Development Committee believes that formally recognizing 10 & under achievement in specific events does not align with its philosophy of long-term development grounded in working all strokes and building a strong base.  Instead, it is more appropriate to reinforce with age group swimmers, coaches and parents the idea that there are more important considerations than simply being fast – for young swimmers, “how you get fast matters most” for their long-term development in swimming.

USA Swimming’s Individual Medley Xtreme Challenge (or “IMX”) is a national program that encourages all around athlete development. This program requires that 12 & Unders swim five events:

Each time a swimmer swims an event, the time is converted to a point score. Upon completing the five events each season (short course yards or long course meters), the swimmer will automatically receive an IMX score on his/her My USA Swimming page.  Throughout the season, this score is updated with each best time in these events.

It is important to note that the IMX program “works with” common biological pitfalls/challenges, helping both early- and late-maturing swimmers. Age group coaches face the obvious and common problems resulting from swimmers’ uneven and unequal biological maturation every day at practice. They face the challenge of keeping the small and slow-growing swimmer in the sport when most extrinsic motivators (i.e., awards, victories, publicity) are absent. Simultaneously, they face the challenge of getting the big and strong early maturers to train according to their long-term best interests and ignore short-lived motivators (awards, victories, publicity) that encourage them simply to “do what works,” – that is, rely on size and strength rather than train well and develop good technique. It is often challenging to keep the first group in the sport while they await their growth spurts, and it is difficult to keep the second group in the sport as they are “caught” by their later maturing peers during the high school years.

The IMX program gives early maturers the motivation to be well-rounded and not focus on an event or events where their biological advantage may allow them to overcome poor habits. And by rewarding across a spectrum and especially for longer events that respond more to stroke technique work and aerobic training, the IMX program helps retain late maturers.

In review, IMX performance focuses on success and improvement across a broad array of strokes, in particular events more technically and aerobically oriented – and not single-event performance for 10 & under swimmers. By utilizing IMX as a training, goal setting, and recognition tool, swimmers are rewarded for behaviors consistent with USA Swimming’s development philosophy. The Age Group Development committee feels that emphasizing participation in and formally recognizing high achievement in the IMX program accomplishes these goals more effectively for the 10 and under age group than did the previous National Top 16 program.

It is important to note what will stay the same. We are obviously not doing away with single-event racing. Age Group athletes will still race the 50 fly or the 50 back at meets, and they will still be given times and awards based on their times for individual events. Swimmers will still be excited and motivated by improving their best times in the 50 free and 100 IM. Finally, every team will continue their recognition traditions through team banquets, most improved trophies, best technique honors, spirit awards, etc.

The Motivational Times Standards list will still help swimmers find motivation to get faster. In fact, the technology advances have made it easy for any swimmer to obtain his/her national ranking for his/her age group for any event and distance. That capability is available to everyone to monitor an athlete’s progress at any point in time for either short course or long course events. With the advances made in the SWIMS database software, there does not have to be a single point in time for that tool to be used in measuring performance goals set by the athlete and coach. It constantly gives the athlete and coach the opportunity to modify those goals as the age group swimmer continues to improve.

Further, it is important to make clear the committee’s intentions. We do not mean to diminish 10 and under athlete’s accomplishments – but we do want to steer that accomplishment into one stream rather than another, and to ensure that the foundations of that accomplishment are strong, secure and long-lasting.

Nor do we mean to discourage fast swimming – but we do want that speed to be broadly based and founded on good technique.

Nor do we mean to discourage competition – but we do want that competition to include the full range of strokes and events.

In summary, the landscape of age group teams and competitive swimming remains much the same. The Age Group Development Committee believes that the best motivation and encouragement for 10 & under swimmers come not from formal national rankings but rather from sources closer to home – their teams, their coaches, and their families. These powerful sources remain.

The Age Group Development Committee supports the Time and Recognition Committee’s decision to eliminate the 10 & under category in the National Recognition program. Every reward system is based on values and philosophy; in our recognition program, we want to measure, and we want to reward, those things we consider most important. We want to reinforce those behaviors we consider most beneficial to the swimmers involved. This means we want to encourage well-rounded swimming development across the four strokes, technical development, and aerobic base development among our youngest competitive swimmers. We believe that emphasizing existing USA Swimming and local programs for 10 & unders best serves the long-term growth of these age group swimmers.