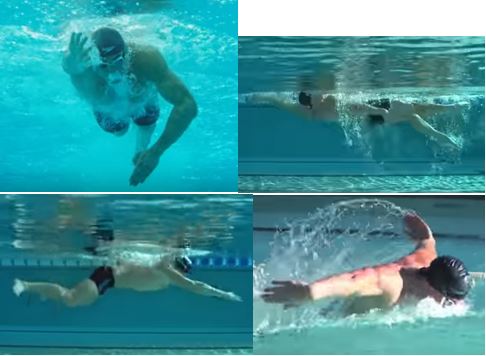 Editor’s Note:  Several Montgomery County observers note that the lists below reflect the results of important high school championship meets in the Virginia High School League (VHSL) and the Washington Metropolitan Prep School Swimming & Diving League (WMPSSDL) but not Metros (which is an important championship meet for the Montgomery County Public Schools that runs February 8-11).  RFTW will update all of these Top 10 lists next week after Metros to show what impact, if any, Metros has on them.

Rounding out the lists of top ten times that we have compiled (see here and here), we have listed below the top 10 high school times across the DMV in the 200 IM, 100 backstroke, 100 butterfly and 100 breastroke, together with the records for each relay at Metros and in the VHSL.

As a testament to how fast the performances are in this area, the top two swimmers in each of the events listed below already have surpassed the National Interscholastic Swimming Coaches Association (NISCA) Automatic All-American time standard.  Annually, there are approximately 60 swimmers across the country that exceed the Automatic All American time standard in each event. Going into these two ‘big meet’ weekends (i.e., Metros – Feb. 11; and VHSL States Feb. 17), keep an eye out for additional swimmers to surpass the standards.

As mentioned in our post of the top Freestyle times, Phoebe Bacon (Stone Ridge) has opted to swim the 100 backstroke and 100 butterfly at Metro Championships. She swam 53.14 to win the 100 backstroke last week at WMPSSDL Championships, which is slightly off her best of 52.82 (2nd fastest time in the country for 14 yr olds). If she repeats her performance from last week, she will be well under the Metro meet record. In the girls 100 fly, Phoebe will have to get by Izzy Gatti (Madeira), and Olivia French (Good Counsel) to claim the title – bet that a new Metro record will go to the victor.

Lea Gwennap (Chantilly High School) also has a good shot at besting the VHSL meet record in the 200 IM as she’s on the cusp of dropping under the 2 minute barrier with her swim last week. An additional week of rest before VHSL championships may be all she needs.

On the boys side, the races at the VHSL meet will be very tight in the 200 IM, 100 fly and 100 breast as the same swimmers that battled in the 6A Northern Region meet – Casey Storch (Langley), Dorje Wu (McLean), Spencer Rowe (Patriot) and Will Cumberland (Patriot) – will see each other again.

Not to be left out, the girls 100 breaststroke battle between Jacquee Clabeaux (Chantilly),  Anna Keating (James Madison, 3rd fastest 14 yr old in the country) and Holly Jansen (West Potomac) should thrill the crowd as they did at the 6A Northern Region meet as they push each other toward the 1:00 barrier.

At the Metro meet this weekend, Sterling Smith (DeMatha) has set the pace in the 100 breast, but is sure to be pushed by Eli Fouts (Quince Orchard), who swam a 54.64 in a non-high school meet in December. We know it’s only February, but the next two weekends certainly have the ‘March Madness’ feel as the big suits come out and the kids perform.