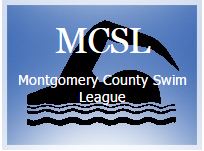 On February 9, 2017, the Board of the Montgomery County Swim League (MCSL) reviewed a large number of proposed rule changes with Team Representatives, who will vote on these proposals at the MCSL Reps meeting on March 9, 2017.

To help Team Representatives (and others) to better understand these proposals and to prepare for the March 9 vote, the MCSL Board has divided them into two separate files:

These files contain the proposed rule changes (marked in red) along with the MCSL Board’s recommendation as to whether the rule proposal should be adopted.

The MCSL Board believes the eligibility changes (contained in #1 above) are necessary for the following reasons:

Any proposed changes that are approved by MCSL Team Representatives will take effect in 2017 (except either of the proposed distance rule changes, which will take effect starting in the 2018 MCSL season, if approved).

Note:  For a variety of reasons, Reach for the Wall will not be accepting comments with respect to these proposed rule changes.