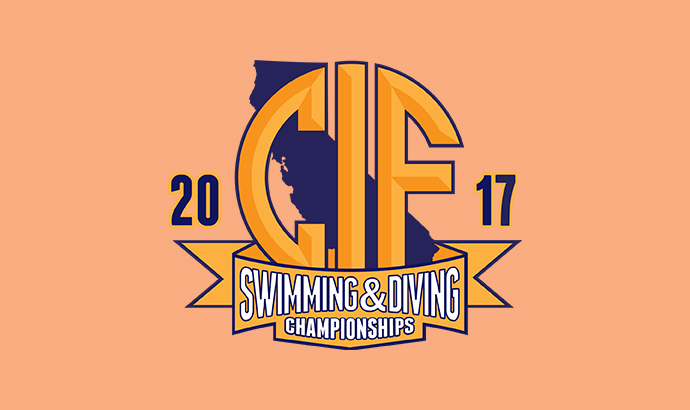 As you read the title you may be asking yourself, “California, what does this have to do with PVS Swimming?”

The answer lies in the timing of the competition season and when All American designations are awarded (mid-July timeframe).  In our area, and much of the country, the high school swim season is completed during the months of November through April. California spans February through May, with their Sectional Championship meet occurring this week, May 10-12.

California Interscholastic Federation (CIF) is divided into 10 Sections, with 968 representative schools, with each Section holding one or many Sectional meets, depending on the number of schools in their section.  The Sectional meets are significant due to the method used for qualifying for the CIF State meet.  In order to qualify,  a swimmer must achieve the time at the Sectional meet, which is no small feat given the State qualifying times are close to or faster than All American Consideration for each individual event. To further complicate the qualifying standards, each Section is allotted a small number of automatic entries for each event:

Once allocated automatic qualifying spots from each section are filled, sections may enter additional competitors provided they have met or bettered the “At-Large” Automatic or Consideration standard for their event in their Section Meet that qualifies athletes for the CIF State Swimming & Diving Championships. In the event that there are not 40 automatic qualifiers, consideration times will be used to fill each event to 40 qualifiers/relay teams. “At-Large” qualifying times must achieved in Finals of the Section Championships. (Qualifying information provided by: CIF State Handbook)

So with that all explained, let’s re-visit the significance of the CIF Sectional and State meets to PVS.  In 2016, approximately 20% of the high school All American awardees were from California, and on the Men’s side, there were 6 events where a swimmer from California had the top performance!  Needless to say, they are swimming very fast in California!

So as we are ramping up to compete the Longcourse season in PVS, take some time this weekend to check out the competition on left side of the country.  You can follow the CIF Southern Sectional meets here:

Last, SwimSwam ran a short expose on one of the CIF Southern Section Division 1 powerhouse schools, Loyola High School. Two PVS alums – Kevin Mann (Loyola’s head coach) and Chris Gibson (Loyola’s co-head coach) are guiding the boys at the all-male Jesuit school.  Good luck to Kevin, Chris and Loyola this and next weekend as they participate in the CIF Championship meets!