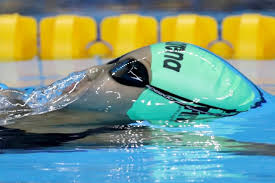 At an MCSL dual meet last summer, a gifted swimmer was disqualified in backstroke by a stroke and turn judge from the opposing team for violation of the “no resubmersion during the swim” rule (i.e., she allegedly resubmerged under the water after she had surfaced from her kickout).  A long discussion ensued between officials of the two teams until the Referee (who was from the DQ’ing team) finally upheld the call.

The DQ’ed team raged, claiming that (i) the ‘no resubmersion rule’ applies only in USA Swimming (USAS)-sanctioned meets (not in MCSL), and (ii) the rule is impossible to call (and thus shouldn’t be called).

So, what is this ‘no resubmersion during the swim’ rule and where does it apply?

Rule 101.4.2 of the 2016 USA Swimming Rulebook states that in backstroke, some part of the swimmer must break the surface of the water throughout the race, except the swimmer may be completely submerged (i) for a distance of not more than 15 meters after the start and after each turn (i.e., don’t do what this guy did), and (ii) during the turn itself.  In simple terms, this means that in any single lap (e.g., 25 meter length of pool), once a swimmer surfaces from being completely submerged (e.g., after his/her kickout), s/he cannot completely resubmerge again during that lap (except during a turn), regardless of whether s/he resubmerges in the middle of pool or near the finish.

Ok, but does this USAS rule apply in MCSL?

In short, yes.  Under the 2016 MCSL Officials Guide, the rules for swimming backstroke also require some part of the swimmer to break the surface of the water throughout the race, except a swimmer may be completely submerged (i) for a distance of not more than 15 meters after the start and after each turn, and (ii) during the turn.  In other words, the USA Swimming and MCSL rules are the same on this point.

In order to make a resubmerged during swim call an official must observe the swimmer’s entire body and ensure that the entire body is fully submerged without question (as the benefit of the doubt always goes to the swimmer).  Once the official shifts his/her gaze to watch the finish touch, they are no longer watching the entire swimmer’s body and are no longer in a position to make a resubmerged during the swim call.

Note:  Reach for the Wall is not advocating for a discussion with any official after this (or any other) call is made.  Instead, we simply point out the difficulty and subjectivity of this call.  Coaches have the right to ask what the official saw, but ultimately it is official’s judgment.