It was dubbed Farm Wars – a battle of two teams with deep ties both in and out of the pool. On Saturday, June 24 the Old Farm Eagles played host to the Manchester Farm Dolphins in a meet that saw a record fall, 34 All-Star times swum (19 for Old Farm, 15 for Manchester Farm), and one close finish after another. This was a swim meet for the ages; exciting from start to finish!

Important to note, an 8 year old Manchester Farm record fell at the hands of 10 year old Ruqayyah Abouraya in the girls 9-10 25m breaststroke when she cruised to a time of 19.02 seconds, breaking the previous record set by multiple MCF record-holder Dylan Gribble’s 19.26 seconds. Abouraya looks to break Gribble’s freestyle record this season, too, as she is only .05 seconds behind!

However, the most anticipated part of the day, and clearly the difference-maker, came down to the final relays. Both teams huddled at the far end of the pool cheering for their relay teams. Parents, siblings, and swimmers battled back and forth chanting before the starter hit the button. On the boys side, OF took both top spots. In the final, and most exciting race of the day, the girls relay ended in dramatic fashion. MCF had the lead, but OF swimmer Ann Linkie turned on the speed and brought the first place spot home for her team.

In a day of so many close races, close touches, and close friends swimming against one another, it was only fitting the score ended as it did – Old Farm beat Manchester Farm 396-393 in the Farm Wars. These teams are sure to be strong contenders in the H Division this season and look forward to seeing each other again at Relays and Divisionals! 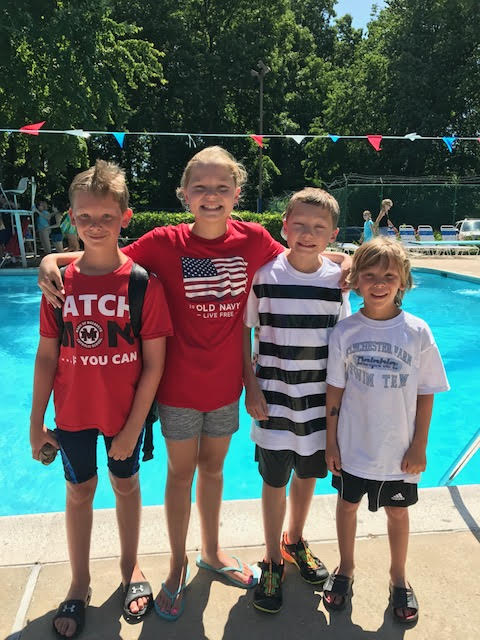