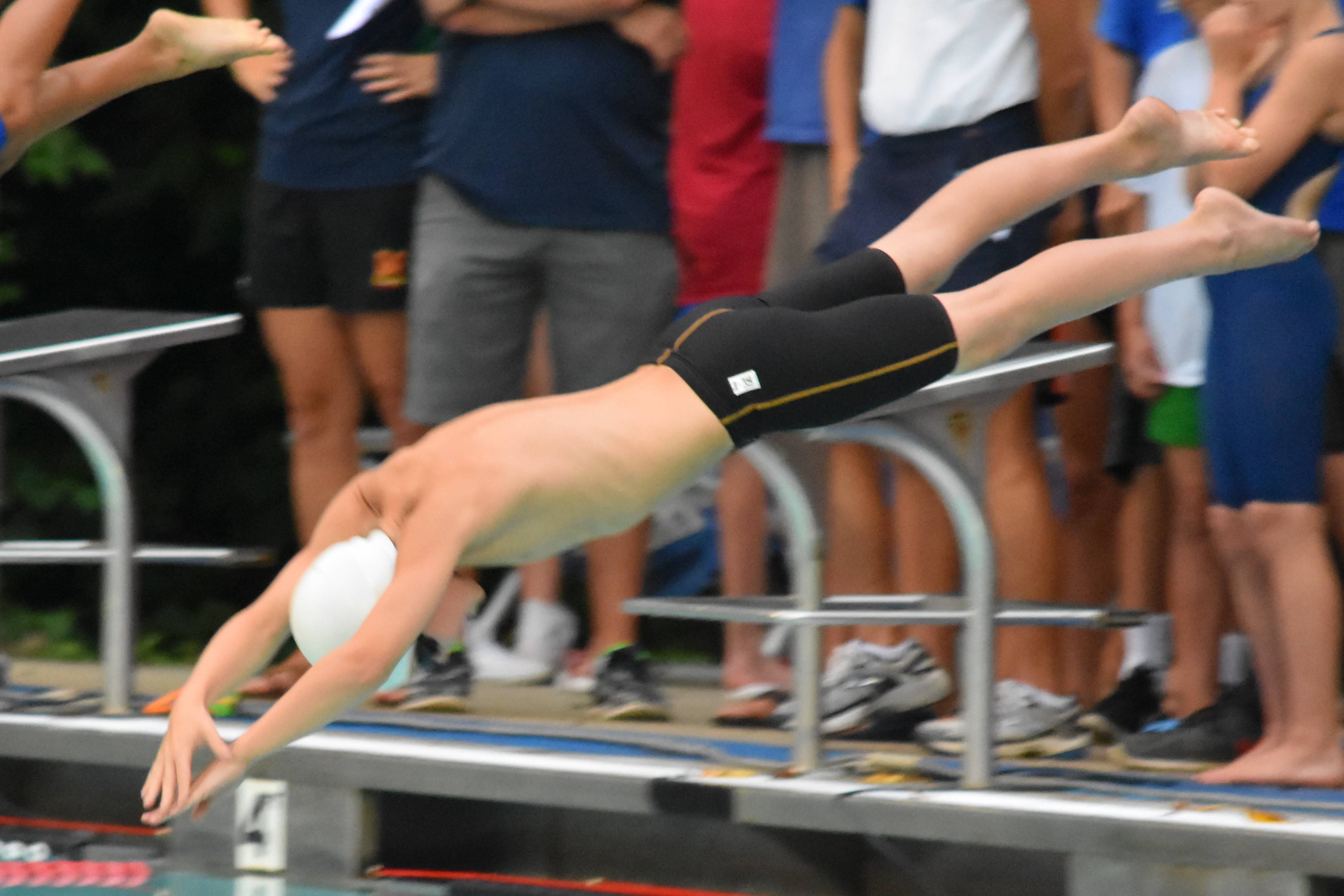 By Reach for the Wall Staff.

It was a great 6 weeks of dual and championship meets in the MCSL.  The results are flowing in and will be available on Reach for the Wall soon.   Coming up next week are the MCSL All-Star Relay (Saturday, July 29) and All-Star Individual (Sunday July 30) meets at the Rockville Swim and Fitness Center.

Based on results from the 5 dual meets, MCSL has released preliminary division assignments for 2018.   Note that these division assignments are based on a computer swim-off using times from this 2017 season, not on teams’ win/loss records from this summer.  That is, at the end of each season, MCSL creates a virtual team for each MCSL team using the median times from its 5 dual meets and then runs a computerized swim-off (i.e., virtual meet) of each virtual team against every other virtual team.  The 6 teams that have the most wins end up in Division A, and those with the fewest wins (or new teams to MCSL) are placed in Division O.

Each of the 15 divisions in MCSL also held their Divisional Championship meets today, and below is a quick recap of each of those meets.  Congratulations to all the division champions.

Division A.  Rockville continued their undefeated streak and won the division championship meet by 60 points over second place Tallyho (and 61.5 points over Stonegate). Amazingly there were 8 races where a tie was recorded, and both Stonegate and Tallyho were involved in 2 races each where the points were split. In the overall standings, Stonegate captured second with their strong dual meet record and second place at the relay carnival.  Bethesda, Germantown and Country Glen had their own close battles during the season, with Bethesda taking 4th at Divisionals and in the overall standings, and Germantown taking 5th in both.  Next year, Tilden Woods will replace Country Glen in Division A.

Division G.  While Palisades was able to win each dual meet this season, Little Falls was victorious in both the division relay and championship meets. The gap was only 6 points, and Palisades gets the division title!  Palisades and Little Falls will be the top 2 seeds in Division F next year.

Division M.  There was parity in this division with the top two teams winning 3 dual meets and the third place team winning 4 dual meets!  The division relay and championship meets determined the victor, with Washingtonian Woods capturing 2nd at the relay meet and 1st at the division championship. 2nd place in the division goes to New Mark Commons and third to Waters Landing.

Division N– Plantations went 5-0 in the dual meets and won both the division relay and championship meets. Flower Hill finished 2nd overall by going 4-1 and finished 2nd in the division relay carnival.  Fallsmead came in 3rd overall despite winning only 2 dual meets by finishing 3rd in both division meets.  Next year, Plantations climbs to Division L, and Flower Hill goes to Division M.

Division O.  Middlebridge pulled a great upset to win the division. After going 3-2 in dual meets, they won the relay and division championship meets to take the title.   Upper County finished in 2nd place overall, followed by Twinbrook (which went 5-0 in the dual meets).