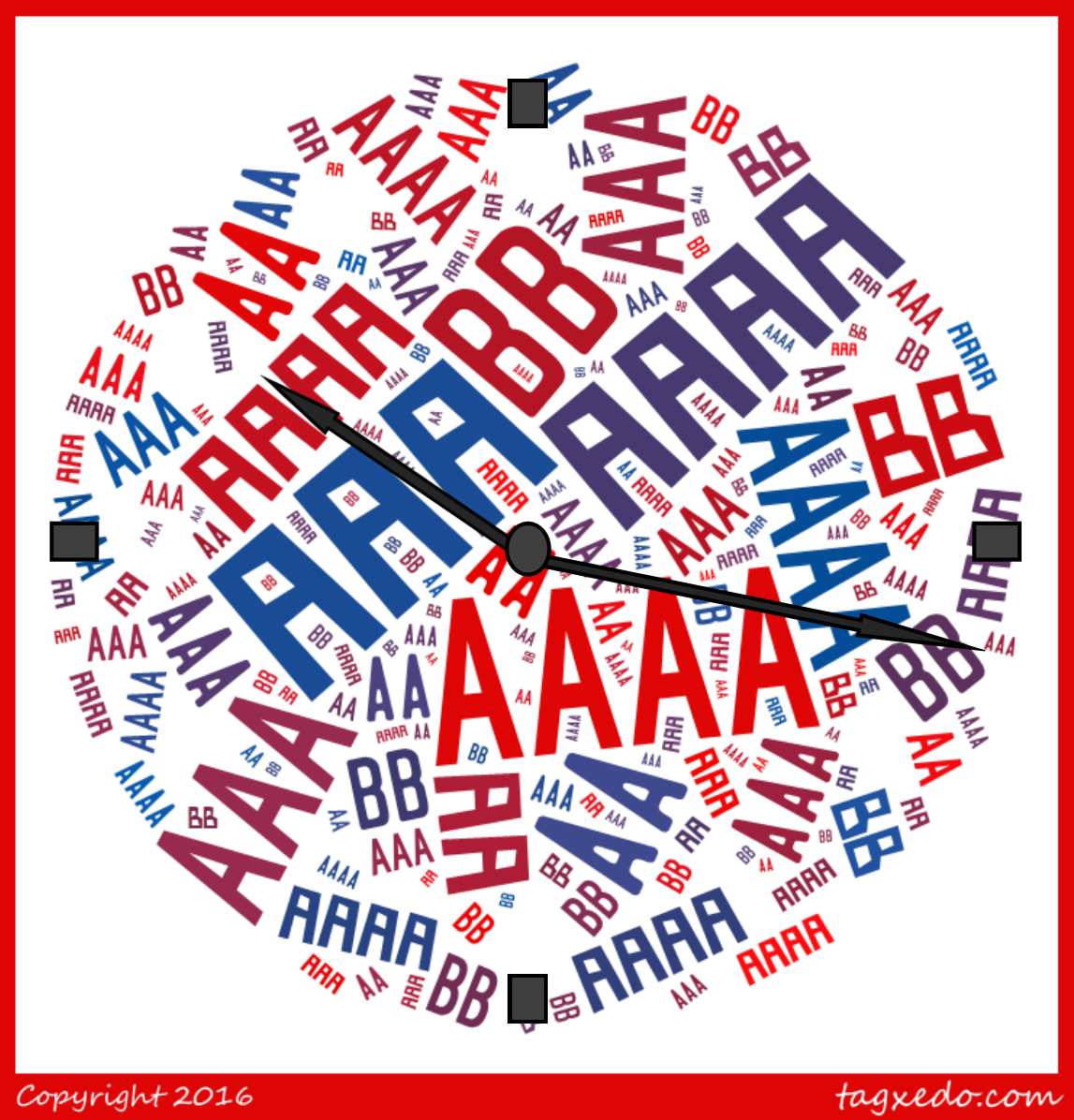 We recently posted the time standards for the National level meets– those meets that are not bound by age, rather have time standards to qualify. The age group championship meets are a bit different in that the swimmer must have met the qualifying time for their age & be that age at the start of the meet. The meets that have these requisites are the PVS Junior Olympics (JO’s), National Age Group Swimming Association Elite Showcase Classic (NASA), and the Eastern Zone Age Group Championship (Zones). With assistance from All Star Aquatics head age group coach, Chris Schlegel,  we’ve compiled all the qualifying times per age group. The other standard(s) included in the files are the motivational times (AA through AAAA) provided by USA Swimming.

A little history on the time standards and how they are calculated; Prior to 2007, USA Swimming would recognize the swimmers that swam the fastest 16 times per event/age group at the end of the short course and long course seasons. At the 2007 Age Group Development Business meeting, the LSC Age Group Chairs and committee members voted to reduce the recognition from 16 swimmers/times to 10, eliminate the 10 & Under category from the recognition program and to recognized athletes in a single age group, rather than the dual age spanning two seasons (e.g.: 11yr olds, 12 yr olds, instead of 11-12). The rationale for this change was based on the 3 pillars:

“Age Group Development Committee believes recognizing 10 & Under’s at a national level puts more emphasis on short-term accomplishments in a very narrow aspect of the sport – recognizing the “peaking by Friday”. It conveys a sense of the highest achievement, when in fact the development process is only beginning. In lieu of a national recognition of the fastest times in individual events, USA Swimming has provided other opportunities to provide encouragement and motivation that align with the building a healthy base.”

“Age Group Development Committee believes recognizing specific achievements in one time in one event (of one stroke) is not in alignment with the philosophy grounded in working all strokes and building the strong base. It is more appropriate to reinforce with the age group swimmer, coach and parent that there are more important considerations than simply being fast – for the young swimmer, “how you get fast matters most” for their long-term development in swimming.”

The Age Group Development committee feels emphasizing participation in and formally recognizing high achievement in the IMX program accomplishes these goals more effectively for the 10 and under age group than the previous National Top 16 program.

The Motivational Times Standards list will still help swimmers find motivation to get faster. In fact, the technology advances have made it easy for any swimmer to obtain his/her national ranking for his/her age group for any event and distance. That capability is available to everyone to monitor an athlete’s progress at any point in time for either short course or long course events. With the advances made in the SWIMS database software, there does not have to be a single point in time for that tool to be used in measuring performance goals set by the athlete and coach. It constantly gives the athlete and coach the opportunity to modify those goals as the age group swimmer continues to improve. Further, it is important to make clear the committee’s intentions. We do not mean to diminish 10 and Under accomplishments – but we do want to steer those accomplishments into one stream rather than another, and to ensure that the foundations of those accomplishments are strong, secure, and long lasting.”

This structure has been in place for over a decade, with club teams focusing their development efforts on the breadth of events and strokes at the age group level. The IM Xtreme Challenge meet has been available for PVS teams/swimmers since 2010. In 2010, there were 10 teams from PVS that participated, with 70 boys and 79 girls. In all there were 34 teams, from the Northeast Zone that competed and  RMSC captured the top position. This past year (January 2018) there were 14 teams that participated from PVS (42 overall from the Zone), with 281 boys and 305 girls, and RMSC was again the top team. While the number of teams participating hasn’t increased that much over the 8 year span, the number of swimmers from PVS clubs certainly has! We haven’t seen any official analysis to measure the impact of the changes implemented after the 2007 meeting, however see that the clubs and coaches within PVS have taken steps to expose their age group swimmers (age 9-14) to competing in all the strokes and at differing distances. As the Fall/Winter PVS meet season progresses, the age group swimmers will have a few more opportunities to establish times in the IMX events & see how their times match up to the USA Swimming Motivational Standards.

If you work better with percentiles here’s a chart for how the time standards translate: 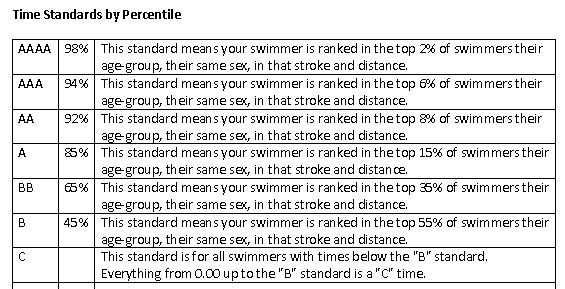 If you are inclined to see the math, you can see how USAS calculates motivational times as described by Jim Patterson, Central California LSC.

To repeat our previous caveat, these standards were hand entered in order to compile a list for each age category. There may be mistakes, please let us know if you find one!