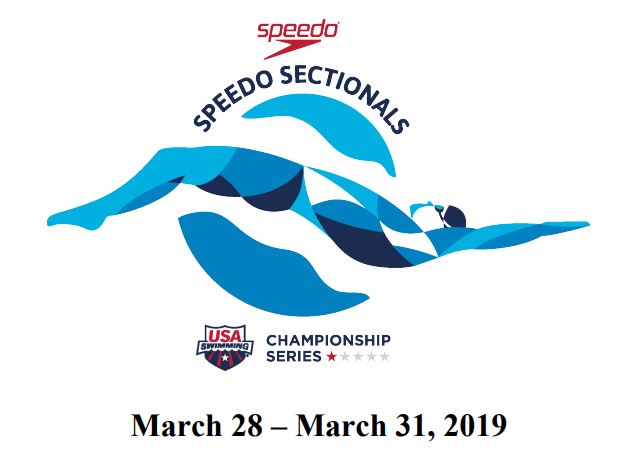 In a prior post titled, ‘What are Zones and Sectionals’ , we covered the structure of the LSC’s and Zones and the competitions that the Zone sponsors in the Spring and Winter of each competition season. This week, the Eastern Zone (South Region) is hosting the Sectional meet from March 28-March 31 in Christiansburg, VA.  Since these meets generally have no limits on age or speed, 18 and unders who have only one cut (Qualifying Times) may find themselves racing against Olympians and national champions of college age or older who are trying to qualify for some other meet.   Here’s the rundown for trials and finals:

Sectionals were created when USA Swimming voted to eliminate Junior National Championships in 2000 and to replace them with lots of Sectionals meets in order to allow more swimmers to participate and allow more clubs to compete together as a team.  As a refresher on the progression of competition toward National-level meets, USA Swimming has provided the following graphic, which depicts the reinstated Juniors, as well as the Sectionals category of meets:

As depicted, the Sectionals meet is the foundation for athletes as they get faster and qualify (move up) to National-level meets. Several teams and swimmers from PVS are beginning and/or continuing their competitive journey this week & we’ll post results as available.  Here’s the meet info: