By Ally Navarrete and Annabel Redisch

Reach for the Wall is fortunate to have Ally and Annabel as contributors this summer as they will provide frequent coverage of the 2019 MCSL season. To start things off they’ve put together predictions for each division, with this first post covering Divisions O-I. Look for the next post (coming soon!) to cover Divisions H-A.

Division O may seem like the easiest division to call because top seed Diamond Farm was forced to move down from Division N following the closure of East Gate and their subsequent departure from the league. However, while we still hold strong that Diamond Farm will come out victorious, we are putting some faith into number five seed Twinbrook. Twinbrook is coming into the 2019 season fresh off a merge with Wheaton Woods, and should improve from last year, but we don’t see them taking the division from their low seed. Diamond Farm’s girl’s graduated freestyle relay should be the fastest in Division O by a wide margin, and unlike other Division O teams, they show some depth in age groups, swimming younger kids who end up placing quite well. Tanglewood is another team that we’re keeping an eye on. Tanglewood had a great 2018 season, with their boys graduated relay going a 2:01, which makes us think it will be the fastest in Division O this year. In any case, Division O will be hard to call based on the new changes and out of division meets this year.

We see top seed Willows of Potomac taking the Division N title. Similarly to Division O, however, the winner may be hard to call due to a new schedule with out of division meets with O. Across the board, Willows of Potomac has the most depth compared to the other four teams in the division. Willows of Potomac Yuanzhe Cui placed first in every even he swam in last year’s Division N divisional meet, qualified for All-Stars in the 50 backstroke, and should perform well at age 13. Willows of Potomac will also should the best 13-14 girl in the division, Josephina Wang. Another swimmer to watch will be Fallsmead’s 9-year-old Samantha Roemer, who was sub 20 in her 25 free last year and swam the 25 backstroke at All-Stars. Fifth and final seed Middlebridge will be lead by 18-year-old Ryan Vipavetz, who will be an exciting swimmer to watch in this division, especially in the 100 free and 50 fly.

Waters Landing placed second in Division M last year, and are the top seed in the division this year. We see Waters Landing winning this division, but not without a fight from Upper County. Waters Landing has more depth across the board than Upper County, but Upper County’s 2018 8-year-old star Abigail Tan should have another impressive season at age 9; she was already at an 18.19 25 fly last year. Waters Landing will graduate Kai Vilbig, who placed second in last years men’s 15-18 100 breast at All-Stars, but their 15-18s will still overpower those of Upper County, mainly on the girls side. New Mark Commons is also a team to watch. The Jackson siblings, Kai and Nani, will both move up to the 13-14 and 15-18 age groups, respectively, but should still perform well in their best events. The other three teams, Hillandale, Long Branch, and Flower Hill, will likely struggle with depth across all ages. 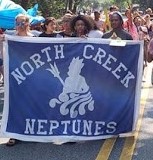 North Creek is seeded third in the division, and with one of the strongest 15-18 girls groups in the county, we predict the team will take the Division L title. North Creek’s women’s open medley relay placed first at the All-Star Relays II meet last summer with a time of 2:03.36 (Jasmine Cu, Catherine Belyakov, Katerina Lechner, Anastasia Belyakov), which was the second best time in all of MCSL behind Tilden Woods. The Belyakov sisters will lead the team, as will 12-year-old Nebi Tsarni, who had an impressive 11-year-old season; Tsarni was already going 1:16.47 in her 100 IM and 39.51 in her 50 breast. Second seed Washingtonian Woods should see more points coming from the lower age groups, including 10-year-old Andrew Vanas, who at only 9 last season was going 33.81 in the 50 freestyle. Washingtonian Woods’ Stephanie Marks, who swam the 50 freestyle and 25 fly at last years All-Stars, will move up to the 11-12 age group, but will face extremely tough competition from Tsarni; however, Montgomery Square’s Campbell Scofield, who was around the same speed as Tsarni last season, will fight to take points from North Creek. As for first seed Plantations, the team will be lead by 16-year-old breastroker Angelo Navaleza, who went 1:08.66 in the 100 breast last year. Aside from Navaleza, we see Plantations struggling to take down the star-studded North Creek girls team, which is why we predict North Creek can win the division. 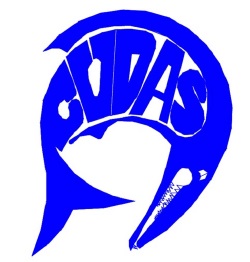 Carderock Springs is usually a regular in either Division K or L. This year, we see them winning Division K and moving further up. Carderock has rising 12 and 14-year-olds Sebastian Hume and Rhys Shields who were placing in the middle of their division last year, so this year they should come out as major point-scorers. Also, their 15-18 girls have lots of depth and should put forth a relay under 2:15. Coming in second we predict top seed Eldwick. Eldwick has been moving up divisions recently, but are staying in Division K this year. Eldwick has lots of swimmers who were placing very well in their division last year, including Evelyn and William Kertajaya and Jonah Ginsburg. These swimmers are Eldwick’s stars, but besides them the team lacks depth. In third, we predict Norbeck Hills, just as they’re seeded. Norbeck Hills will have the best 15-18 boys in the division, led by Quintin Cheadle and Andrew Loayza, but they will be challenged by Whetstone’s Bobby O’Donnell, who beat both of them consistently last season. Norbeck Hills also scores major points on the 15-18 girls side with key asset Natalie Dobrzykowski, who was under 1:00 in the 100 free last year. As for Clarksburg Town Center, Whetstone, and Quail Valley, they all have some star swimmers but not enough of them to challenge the three top teams. 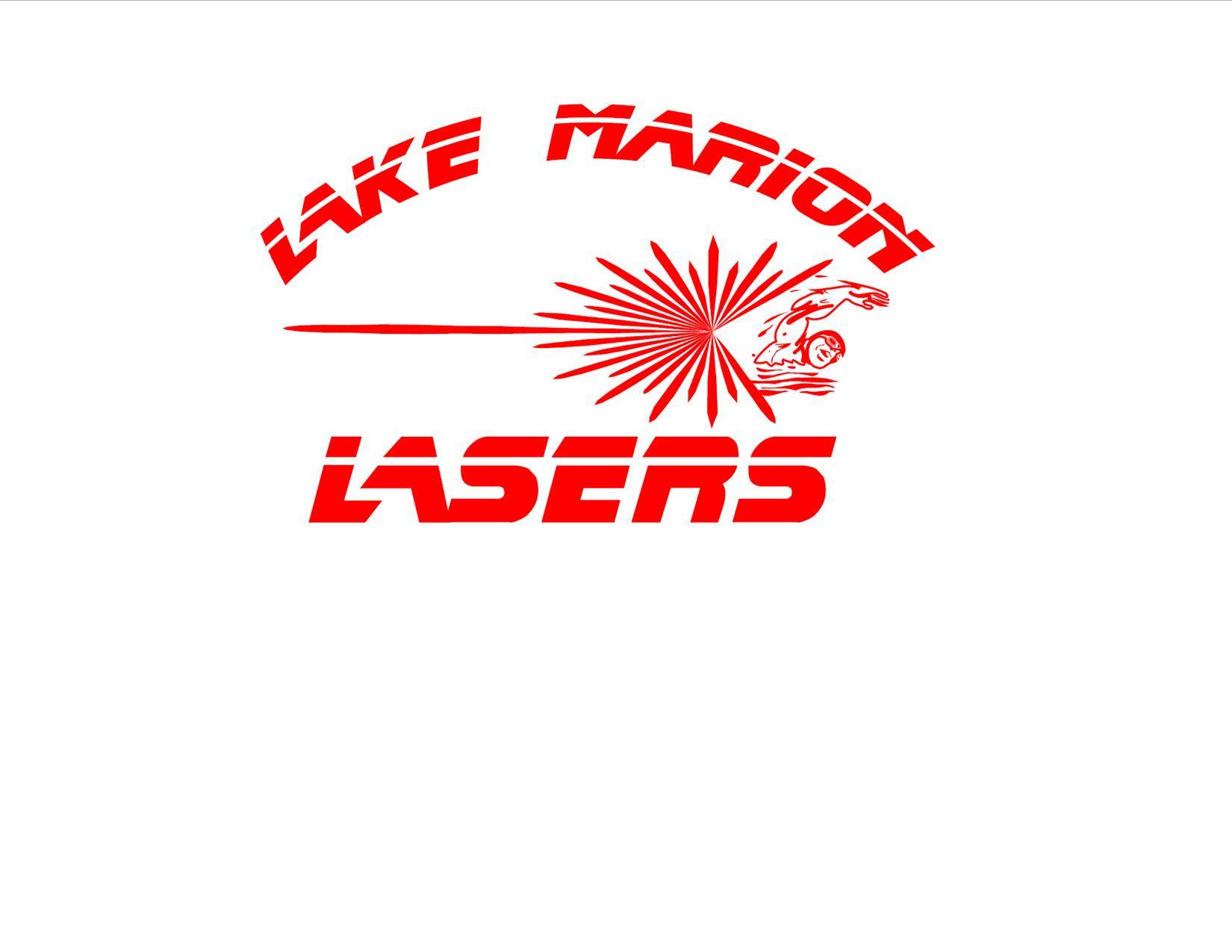 2019 is going to be a redemption year for Lake Marion. Last year, they were in Division E after a steady climb upwards in divisions since 2014. Now, they’re in Division J, and will be looking to get back up to the likes of F and G. Lake Marion’s weapon is their younger kids—something that major competitor Somerset doesn’t have. Top performers for Lake Marion are expected to be Chase Keeler (12), who went 1:15.45 at 11 in IM and 12 year old duo Sofia Nafal-Infante and Isabella Najarro, both of whom went sub-33 in their 50 frees last year. Lake Marion certainly has its gaps, namely its 15-18s, who won’t be able to compete with the medley relays produced by teams including Somerset and Garrett Park. Coming in second, we predict Somerset. Somerset has an outstanding group of 15-18 girls (Samantha Smith, Kate Chlopak, Nicole Vanderzon), probably the best in the division. Points like these give them an edge over competitors like Lakelands, who will have a formidable 15-18 age group but not as strong as Somerset. Garrett Park, who are dropping from Division H, will have the best 13-14 girl in the division, being led by Maren Conze, who at just 13 was going a 27.91 in the 50 free and 31.16 in back. However, other than Conze, Garrett Park does not have the swimmers it takes to win this division, and neither do Lakelands, Calverton, or Rock Creek.

North Chevy Chase will be back in Division I this year as the top seed. NCC has been jumping between divisions H and I for the past few years, but we think this year they have serious potential to win. This is mainly because of relay potential as well as two of NCC’s best sibling-duos will be at the top of their respective age groups: Andre Brooks and John Drakakis will both be 12 this summer, and older sisters Ava Brooks and Rena Drakakis will both be 14. All four of these swimmers placed in the top six in each of their events at Divisionals last year, with both Ava and Rena competing on their Girls Open Age 200 Medley Relay, which went 2:11.39 last summer (with no graduating seniors). For second place, we predict Manor Woods. Manor Woods is dropping down one division this year, and in 2018 they went placed fourth in Division H. Manor Woods is unique in that their younger age groups are definitely their strong suit, with a squad including Jackson Tovornik, who won the 25 freestyle last year at All-Stars. While Tovornik will age up this summer, he shows no signs of slowing down and will most likely be one of the best 9-10 boys in the division. With brothers Sebastian and Linus Ament both moving up to 11-12 and 13-14, respectively, Manor Woods will be able to put forth a strong graduated relay on the boys side. Lastly, we see Tanterra placing third in Division I. Tanterra is rising from Division J, and their depth on the 13 and over side is what pushes them into the top three. Tanterra maintains a strong 15-18 bunch with headliners Amanda Wenhold, Kennedy Nolan and Jamison Crow.