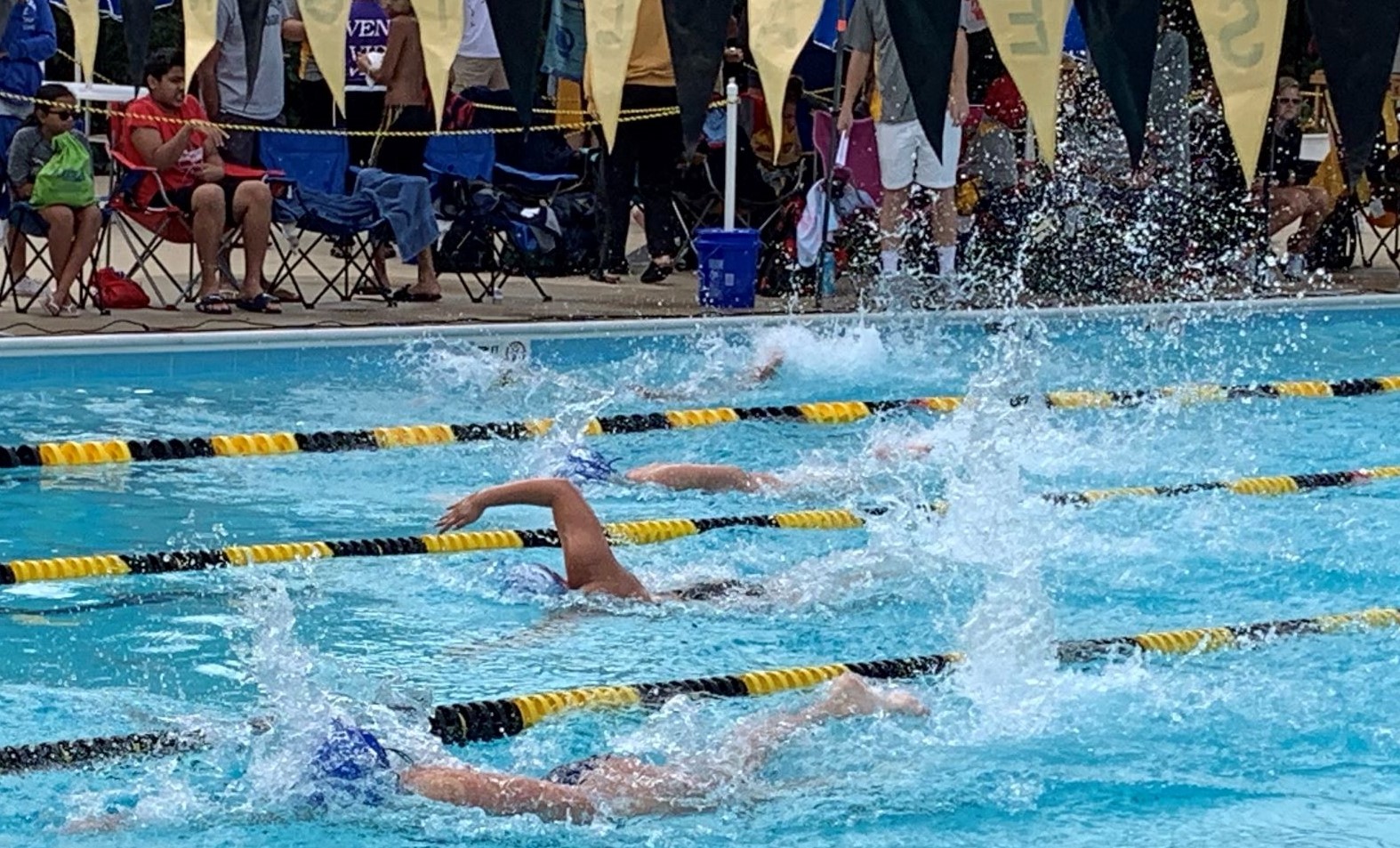 The Southbridge Seals fell to 1-1 after a 2953.5 to 2094.5 loss to the Kingsbrooke Sea Lions during Week 2 of the Prince William Swim League summer season June 22 at Kingsbrooke. The Sea Lions’ 186 swimmers notched 501 splashes during the meet compared to the Seals’ 97 swimmers and their 237 splashes.

Despite being vastly outnumbered and swimming against a team two divisions higher, Southbridge was able to remain competitive by averaging 8.8 points per splash compared to an average of 5.9 points per splash for Kingsbrooke. Twenty-three Seals swimmers recorded 57 Top 25 times for the week including Lindsay Juhlin who had the top time in the county for the Girls 13-14 50M Fly.

Seals relay teams fared just as well with eight of them landing Top 15 times for the week led by the Girls 13-14 200M Medley Relay team of Alyssa Giovinazzo, Lindsay Juhlin, Samantha Kayne, and Stella Nolan who scored the top time in the county and set a new team record.

Seals Head Coach Greg Giovinazzo said, “We had a terrific morning at the pool. Although we were outnumbered, our kids showed up and competed well against a very talented team. With the poor weather we had over this past week, I was excited to see that the kids didn’t miss a beat and continued to improve across the board.”