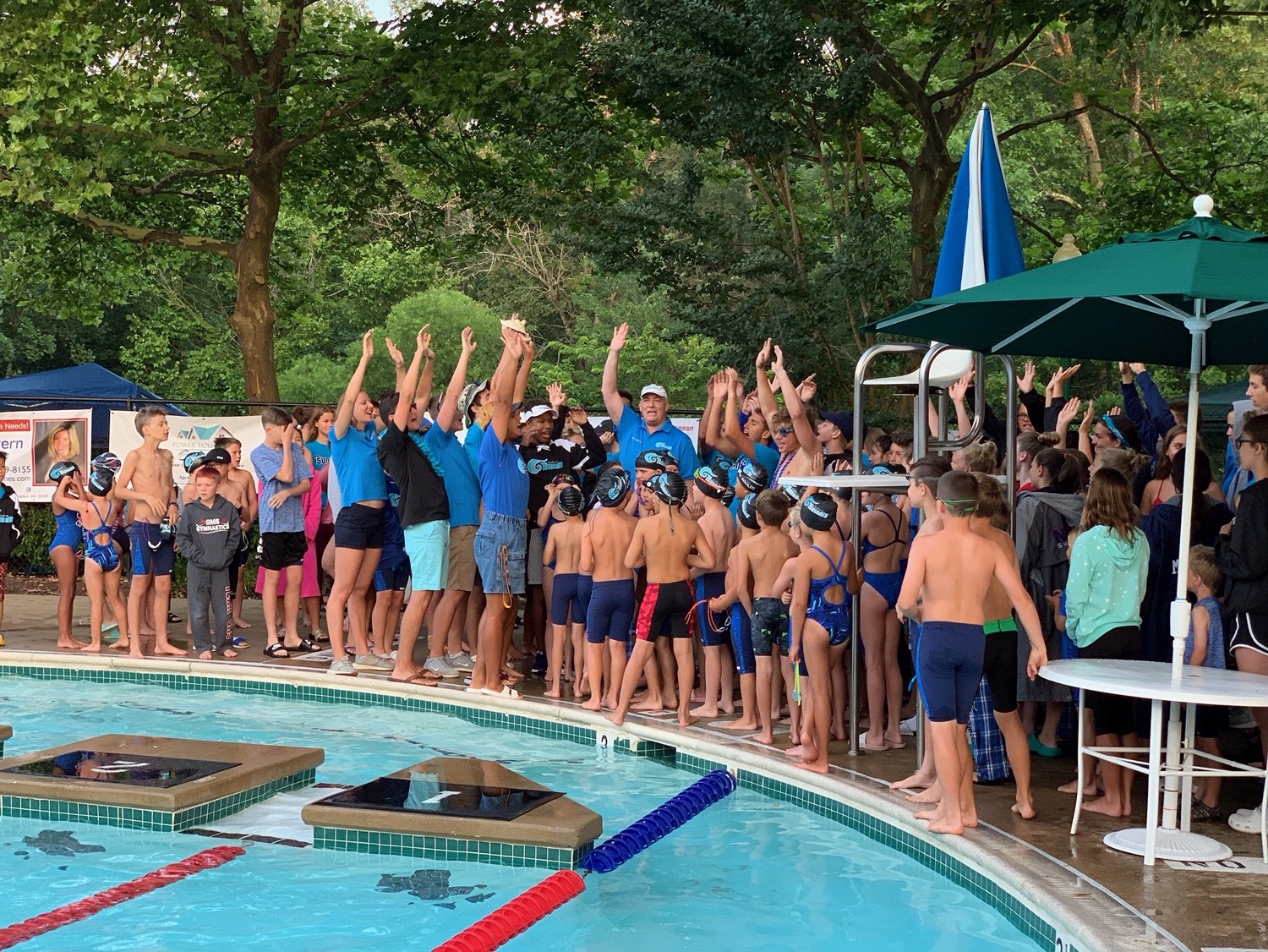 By Contributor Ron Spink; All photos courtesy of Ron Spink

Heat waves met Tsunami waves on Saturday as Piedmont improved to 3-0 on the season, beating the Braemar Blasters by a score of 2844 v 2436.  Taking to the road in a fierce Blue Division contest, Piedmont’s 400+ point victory extended their current streak from last season to nine consecutive wins – the squad’s longest rally since becoming a member of PWSL’s top division.

In the first meet of the year to break 90 degree early-morning temperatures, both teams were challenged to produce top times.  While the Blasters ultimately yielded 20% more swimmers with faster results versus seed, the “on paper” statistic would not translate significantly to point differential.  Here, the advantage turned out to be Tsunami consistency – with the vast majority of Piedmont swimmers delivering results that were, if not faster than prior, within microseconds of previous expectations.

It was this stability that resulted in a steady pacing of point accumulation for the Tsunamis during individual events, after an almost evenly distributed relay start to open the match.  On head to head battles, the Piedmont team methodically carved out 63% of the Top 10 times, highlighted by dominance from the 15-18 Boys (84% of Top 10 marks) and the 9-10 Girls (76% of Top 10 marks).  The final free relays broadened the gap slightly for Piedmont, and cushioned the divisional victory.

Tsunami Nation will get no break in the schedule next Saturday as they travel once more to face the Ashland Stingrays.  In a battle of two undefeated squads from the top two divisions, Piedmont will look to keep their seasonal record unblemished and win streak alive against a strong Ashland club – all before a return home on July 13th to face Blue Division rival Sudley.