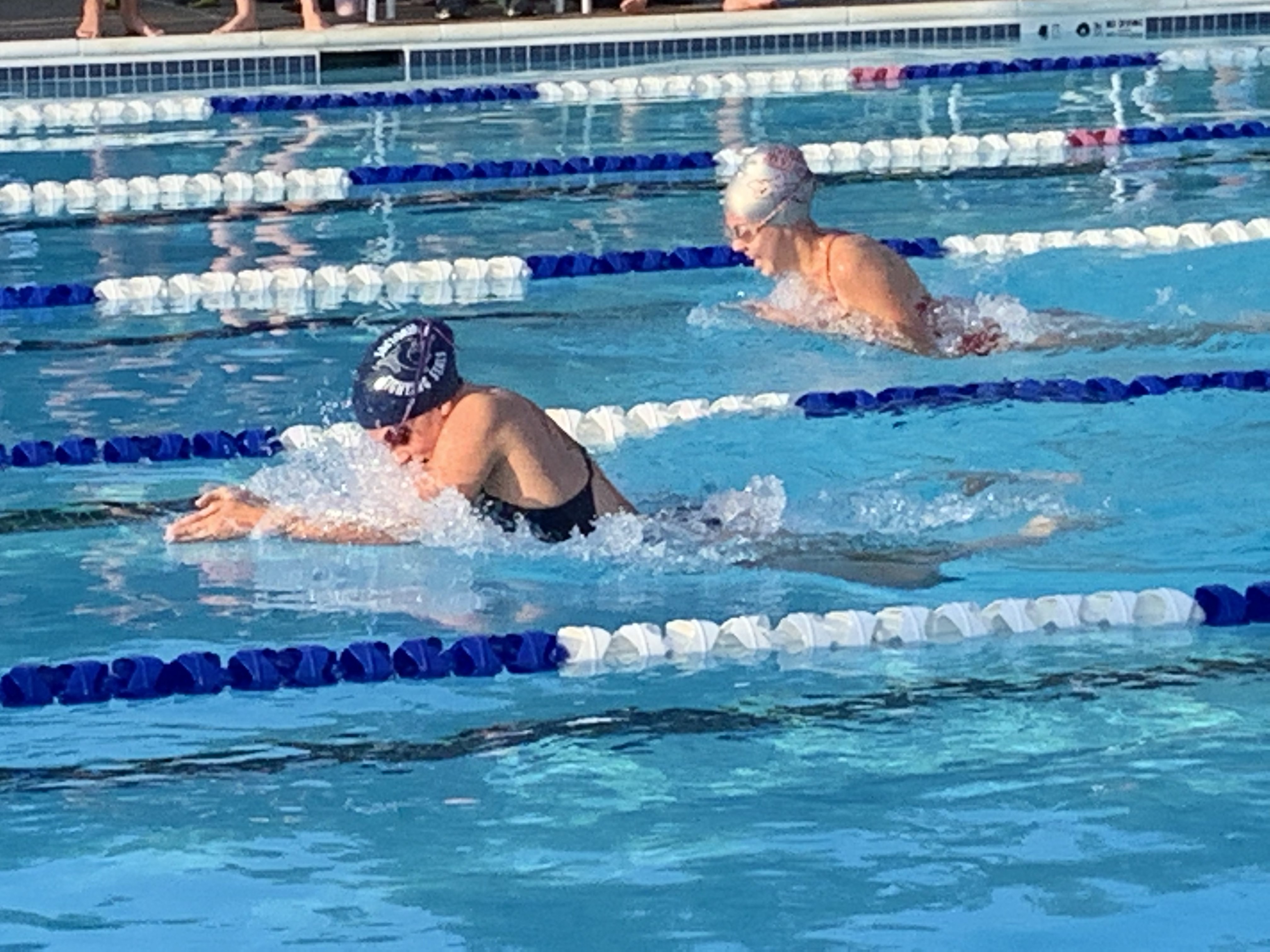 The Southbridge Seals improved to 2-2 after a hard-fought 2487 to 2345 win over the Virginia Oaks Sea Devils in the Seals’ home opener of the season. The meet was close throughout and each swimmer contributed to the Seal’s narrow 142-point victory. The relays proved to be the difference in the meet with the Seals winning 14 out of the 19 relay events.

Southbridge is now tied for first-place in the Prince William Swim League’s Green Division with the Westridge Waves.

The 24 PWSL teams set 30 new team records during week 4 of the summer season, ten of which were by the Seals — four individual and six relay. Peyton Linton broke the previous record for the Girls 8 & Under 25M Free that had stood since 2014.  Also setting records were Owen Howery in the Boys 13-14 50M Free, Hunter Howery in the Boys 15-18 50M Back, and Ainsley Juhlin in the Girls 15-18 50M Breast.

Twenty-four Seals swimmers landed 59 Top 25 times in the county for the week — 27 of which were Top 10 — including Lindsay Juhlin who had the top time for the Girls 13-14 50M Fly. Relay teams recorded 14 Top 15 times led by the Boys 11-12 Free team of Zach Alachnowicz, Parker Juhlin, Justin Shahateet, and Jacob Lattanzi that was the second fastest in the league for the week.

Seals Head Coach Greg Giovinazzo stated, “As we move past the half-way point of the season we have a lot of swimmers trying new events for the first time. We had six swimmers record a legal time for the first time in various events. Congratulations on conquering these new events and recording a valid time.”