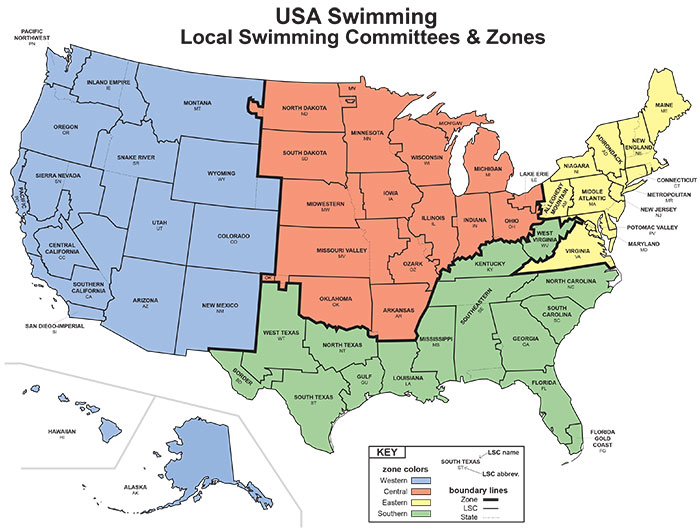 Following last week’s Junior Olympics (JOs), many PVS swimmers are talking excitedly about “Zones,” “Sectionals,” “Junior Nationals,” “Nationals,” “Olympic Trials” and a newer meet called “Futures Championship.”  What are these meets, and how do you qualify for them?  In a series of posts, we will discuss each of these meets, starting with Zones and Sectionals.

But first, a little background.

In a previous post, we explained that USA Swimming, the governing body for the sport of swimming in the United States, divides the country into 59 regional governing bodies called Local Swimming Committees (LSCs), and each LSC holds a championship “invitational” meet twice a year (at the end of winter and then again at the end of summer) for its age group (younger) and senior (older) swimmers.  Potomac Valley Swimming (PVS), the LSC that governs the Washington D.C. metro area, just held its age group championship meet (i.e., JOs) and its senior championship meets (i.e., Junior and Senior Champs) for the winter, short-course (25 yard) season.  Many swimmers at these meets qualified for even faster meets, including Zones and Sectionals.

To understand Zones and Sectionals, know that USA Swimming divides the 59 LSCs into four zones: Eastern, Central, Southern and Western.  (It’s sort of like the NHL, where all of the hockey teams are divided into four separate divisions).  Like each LSC, each zone holds championship invitational meets at the end of the winter and summer seasons for select age group and senior swimmers for LSCs within that zone.  “Zones” are the zonal championship meets for age group swimmers, and “Sectionals” are the zonal championship meets for senior swimmers.  At Zones, each LSC compiles a team of its fastest age group swimmers to compete against other LSCs in the same zone, and these swimmers compete under the name of their LSC (not their clubs).  At Sectionals, however, swimmers generally compete under their own club’s name. 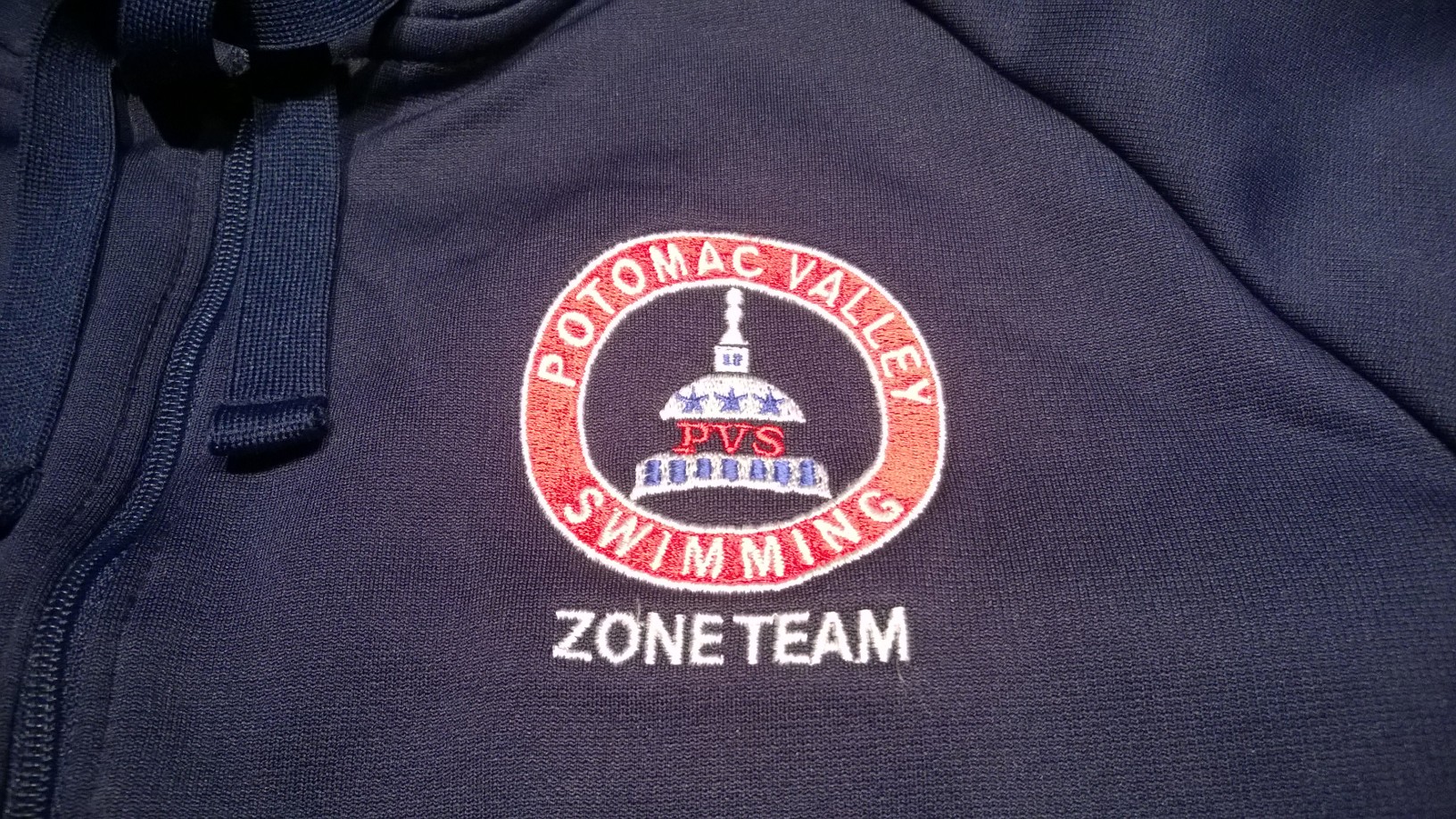 Eastern Winter Zones often are considered the “prestigious Zones” because it is open only to each LSC’s top 2-3 swimmers in each event.  Here is a list of those swimming for the 2016 PVS Winter Zone team (congratulations to all of these swimmers!). Eastern Summer Zones, in contrast, often are considered the “fun Zones” because anyone with a qualifying time can go and they’re in early August.  But those qualifying times are still tough to achieve – e.g., the qualifying times for Eastern Summer Zones are much faster than the cuts for, say PVS JOs.  PVS normally does very well at both Zones meets (often winning them outright vs. the other LSCs there).  The kids have a great time given that it is often their first travel meet without their parents and because they are competing for PVS (instead of their clubs), which helps establish new friendships.

It is worth noting that swimmers who have competed at a USA Swimming “national” meet (e.g., National Championships, Spring Championships, U.S. Open, Junior Championships or Trials Class) cannot swim at Zones. Neither can any swimmer who is at least 13 years old who has achieved a qualifying time to swim at any such meet. We’ll talk about these national meets in subsequent posts.

At Sectionals, the competition varies greatly.  Since these meets generally have no limits on age or speed, 18 and unders who have only one cut may find themselves racing against Olympians and national champions of college age or older who are trying to qualify for some other meet.  This is especially the case in this Olympic year when swimmers are competing in as many meets as possible in order to qualify for Olympic Trials.

Sectionals were created when USA Swimming voted to eliminate Junior National Championships in 2000 and to replace them with lots of Sectionals meets in order to allow more swimmers to participate and allow more clubs to compete together as a team.  This decision, however, left many club coaches feeling that they had lost a major part of their system for developing elite 18 & under swimmers. We’ll talk about what impact this decision has had in our next post in this series where we discuss Junior National Championships.

For many years, making Zones was the focus of many of the fastest swimmers in PVS.  Increasingly, however, PVS clubs are sending their swimmers to meets outside of the Eastern Zone in order to give them the opportunity to swim more events and to experience competing on a “national” level (vs. the zone-level exposure that Zones provide).  For PVS clubs, these national age group meets include the NCSA Age Group Championships in Orlando, Florida (March 22-24) and the NASA Showcase Classic in Clearwater, Florida (March 30 – April 2).  It will be interesting to see if this trend towards “going national” grows and what impact (if any) it will have on Zones.

Where are you / your swimmers heading in the coming weeks, and what was the deciding factor?  Are swimmers choosing to swim at Zones and Sectionals?  Or, are they going to other meets, such as those that NCSA or NASA are sponsoring in Florida?  Is location a factor?  Friends?  Or the swag?

5 thoughts on “What are Zones and Sectionals?”