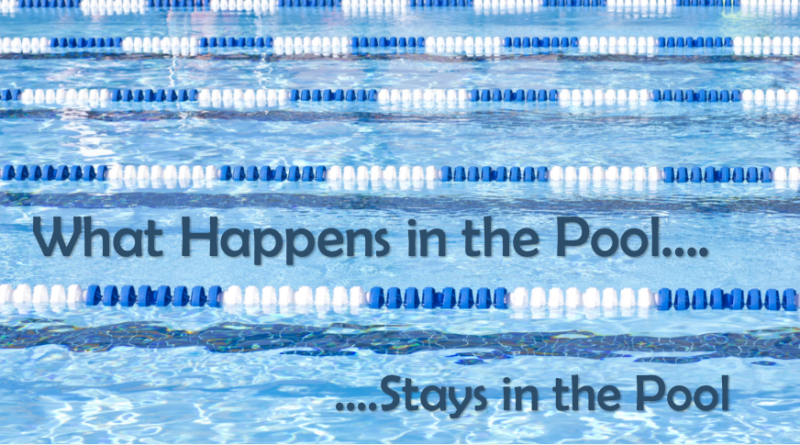 (But would never admit)

We’re a funny bunch. We dunk our heads into water for hours at a time and have staring matches with a black tiled line (usually losing). We don’t shave our bodies for months at a time, and spend thousands of hours training in order to drop tenths or hundredths of a second.

There are the things that we fully cop to (peeing in the pool, is one glaring example), and a host of others that we even won’t fully admit to.

Here are 17 things that swimmers do, but would never admit to:

1. Having an equipment “breakdown.” Strange how those goggles always seem to leak, break or straight-up snap off our heads right as the main set is starting. That drawstring that disappears back into our suit, or those leaky earplugs, or the cap that suddenly rips out of nowhere.

2. Miscounting the reps. Leading the lane has its share of responsibilities—everyone just assumes that you are keeping track. If you happen to miss the last rep and stop early, and coach doesn’t notice, then who are you to say otherwise?

3. Equate practice with showering. We do spend hours at a time swimming back and forth in buckets of chlorinated water, and we know that it will take at least 2-3 showers to get rid of the smell, so really, is there a point to showering between practices?

4. Leaving early to post a better time. It doesn’t matter that coach rolls his eyes when we post a near-PB on the last rep of the set. Or deep down we know that it doesn’t count. We still leave a few seconds earlier than we should.

6. “Accidentally” didn’t set the alarm. There are few things more terrifying than seeing a half dozen missed calls from coach on your cell phone when you wake up an hour late. Cue the “my phone died” excuse!

7. Be a mucus face. Most experienced swimmers have hesitantly accepted that peeing in the pool is going to happen. But blowing your nose? Coughing up that itch and spitting it into the water? Come on, we gotta draw the line somewhere.

8. Taking extra long bathroom breaks. Sure, any other time you have no problem peeing in the pool, but when that main set gets scrawled on the white board, that is where the line is drawn. Might as well have a hot, 10-minute shower while you are in there as well. 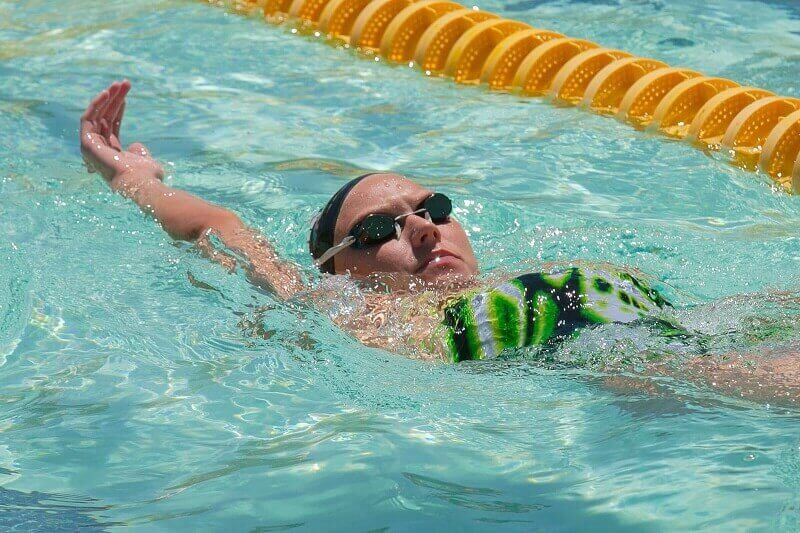 “Where is that lane line?”

10. Pulling on the lane line. Backstrokers have a little performance aid for when they are feeling a little lazy or need a boost—the lane line! It doesn’t matter that when you pull on it, the whole lane line disappears under the water for a couple seconds (making it not very subtle).  But, you still do it every chance you get anyways, and will deny it until the end of time.

11. Beating teammates to the wall on drill sets. The answer is yes, if you are in the next lane we are racing. On the main set. Warm-up. Warm-down. Drill sets. Heck, even sculling sets. It’s on.

12. We spend half the time at meets checking out our swim crushes. Yeah, we should probably be spending more time warming down. Or going over our previous races. But we only get to creep on our crushes from other teams at swim meets, so can’t let the opportunity go to waste!

13. Sneaking breaths on hypoxic sets. Coach in his infinite wisdom has decided that you are not allowed to breath your typical 1-3-2-1 breathing pattern for the main set, and that instead you will have to adhere to breathing every 5 or 7 strokes. You discover that if you just turn your head super, super fast for a quick breath, coach usually won’t notice.

14. Single arming it. Fly sets are hard enough as it is, but if the lane is crowded you can use that as an excuse to throw in a whole bunch of single armed fly instead of swimming with two T-Rex arms.

15. We hide during the main sets. The good thing about the local pool is that there are plenty of places to hide from coach. On the other side of the bulkhead, in the morning fog lingering over the pool during morning workouts, and of course, in the locker rooms.

16. We sing the same song over and over again during practice. Some songs are perfectly designed for swimmers to play on repeat in their heads. They just aren’t always songs we would admit to singing over and over in our brains while we swim around the black line. “Call Me Maybe”, for instance.

17. Conveniently-timed injuries. We have all done this at point. Don’t even lie. The main set is coming up, you aren’t feeling very confident, so that tiny ache in your shoulder feels like it could totally inflame (even though it doesn’t). The solution? Putting on fins. Doing a kick set. Or better yet, going to the hot tub with an ice pack.

It includes a ten month log book, comprehensive goal setting section, monthly evaluations to be filled out with your coach, and more.