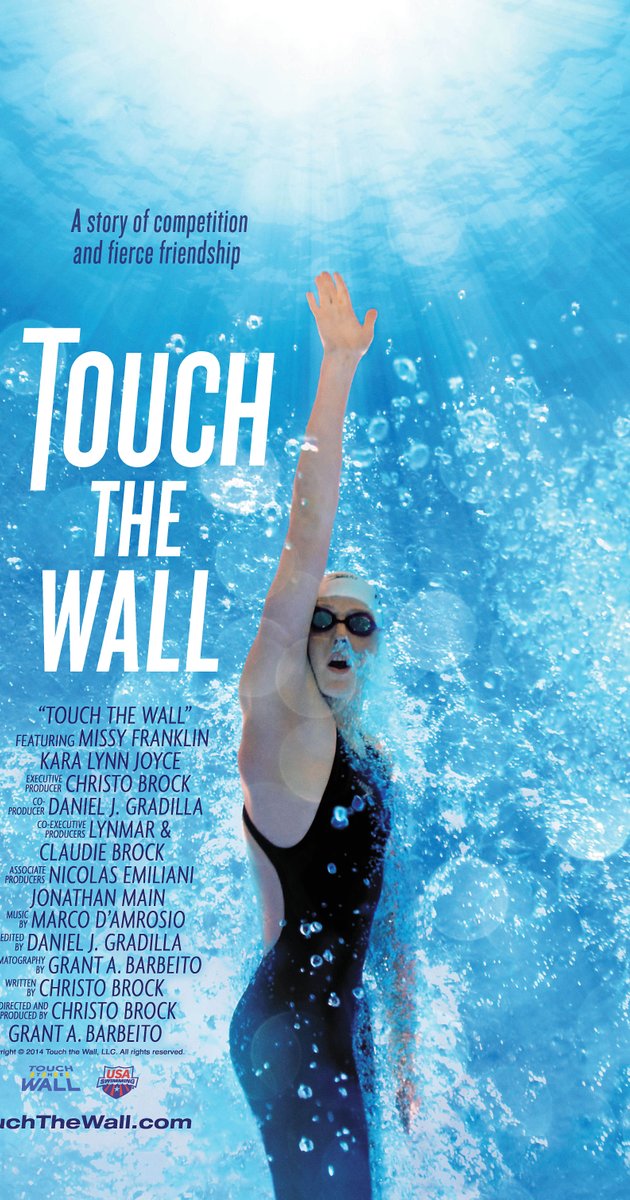 Touch The Wall is now available on iTunes to rent or buy.  The prevailing theme in every review of this movie is that is a “must see for swimmers and parents.”  It is hard to find the time to get to the movies but the download on iTunes makes it easy to watch while at a swim meet, during practices for parents and for swimmers on those rides to and from practice.

Movie Summary:  Swimming phenom and multiple Olympic Gold Medalist, Missy Franklin, was destined for greatness at an early age, but destiny can be a burden. When 4-time Olympic Silver medalist Kara Lynn Joyce joined Missy’s teenage swim club, destiny started to become reality. In Kara, Missy finds the older sister she never had; in Missy, Kara begins to rediscover the mojo that made her one of the fiercest sprinters in the sport. Together they train, compete, and support each other as they reach for the highest pantheon of swimming – the London 2012 Olympic games. But as tension with their coach builds, the pool becomes too small for the two of them. Driven apart by coach and circumstance, they reunite triumphantly in London, and Missy becomes one of athletics biggest stars. Touch the Wall is a tale of adversity, triumph, and the friendship between two strong women. Not just a movie for swimmers, Touch the Wall is a universal story of grace and love in the rarified world of elite athletic competition. Together, Missy and Kara redefine what it means to win.

See clips from the film

If you have seen this film, we would love to hear what you thought, please comment and let us know.  If you haven’t, it is afterall long course season.  Download it for the next meet…you have time.