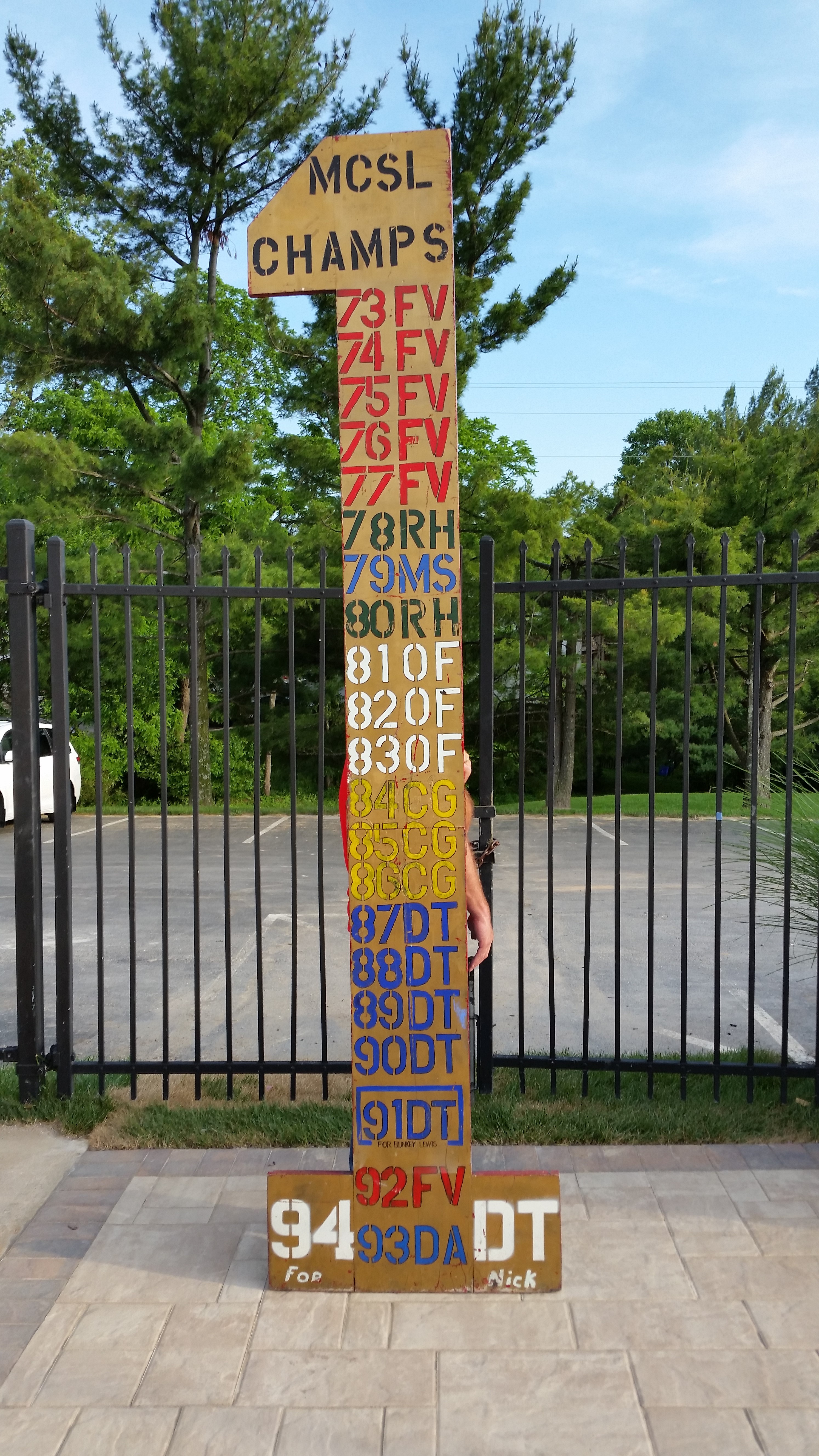 As noted in our story on the Northern Virginia Swimming League (NVSL), the Overlee Flying Fish have won 29 league titles over NVSL’s 60 year history, 7 of them since 2006.  So that got us wondering – who has won the most MCSL titles?

We assumed that a quick review of the MCSL website would reveal the answer.  Unfortunately, MCSL.org only lists the league winners going back to 1999.  So, we went on a little adventure to find the answer.

First, we consulted the MCSL bible – mcsl50.blogspot.com – that Sally MacKenzie created in 2008 for the league’s 50th anniversary to explain everything you could possibly ever want to know about MCSL.

That is, her blog has everything except a list of MCSL league winners since 1958.

So, we asked MacKenzie directly where we could find the definitive list of crown holders.  Sally was a swim mom at Rockshire for 19 years and a former president of the MCSL, so she’d know where to find that info quickly, right?

“I’m not aware of a single place that would list that info”, she confessed.

Uh-oh.  We all learned from a very early age that when moms and former league presidents don’t immediately know where something is, it’s lost forever.  Fact of life.  If Sally didn’t know that info, we’re doomed.

Except she offered us a ray of hope.  “What I think you’d have to do is go through all the MCSL handbooks – though I’m afraid there may not be any from the very first years. The Montgomery County Historical Society has the League papers.”

Oooh – that didn’t sound fun.  So, to avoid a trip to the Historical Society, we instead asked the current president and vice president of MCSL, Scott Witkin and Jim Garner, if they knew where we could find the league’s list of champions.

Neither knew, but Garner offered a big clue.  “There used to be a big wooden number 1 (about 8 feet tall) that the number 1 team got and added their name on the number.  Check with Damascus and see if they know where it got to.  Or maybe Stonegate has it.  That would tell the history.”

“We definitely don’t have it”, said Stonegate’s head coach, Brian Cheng, whose Serpents have won the last two league titles.

So, we sent an email to the Damascus coaches (they don’t know us from Adam):  “Hi! Strange question: Do you have an 8 foot wooden #1 that has the name of each team that has won an MCSL title since 1958?”

Buzz Maddox, Damascus’s head coach, answered in 10 minutes.  “I think we do have the tall #1, it has many of the titles, but I don’t think it has all of them. I will dig it out next week and let you know.  I will send a pic.” Ben Leach, the team’s assistant head coach, added, “Hey Buzz, there are actually two wooden #1s.”

And true to her word, Coach Buzz sent us a photo of the wooden #1 that she found in Damascus’ team closet.  So, in looking at that picture, we now knew who won during the 1973-1994 period.  And Buzz added, “I am 99% sure we have the [2nd wooden #1], but I will have to search further for it because I couldn’t find it today.  Our team closet is a nightmare, lol”.

We were close.  We could feel it.  We were like Indiana Jones with the Golden Idol in his sights.

But then it all fell apart.  Damascus didn’t have the second #1 afterall.  And although the Rockville Rays later found it tucked away in a mechanical room at their pool, it was missing the top half that contained the 1995-1998 info that we needed.  The prospect of fulfilling our quest began to crumble around us. 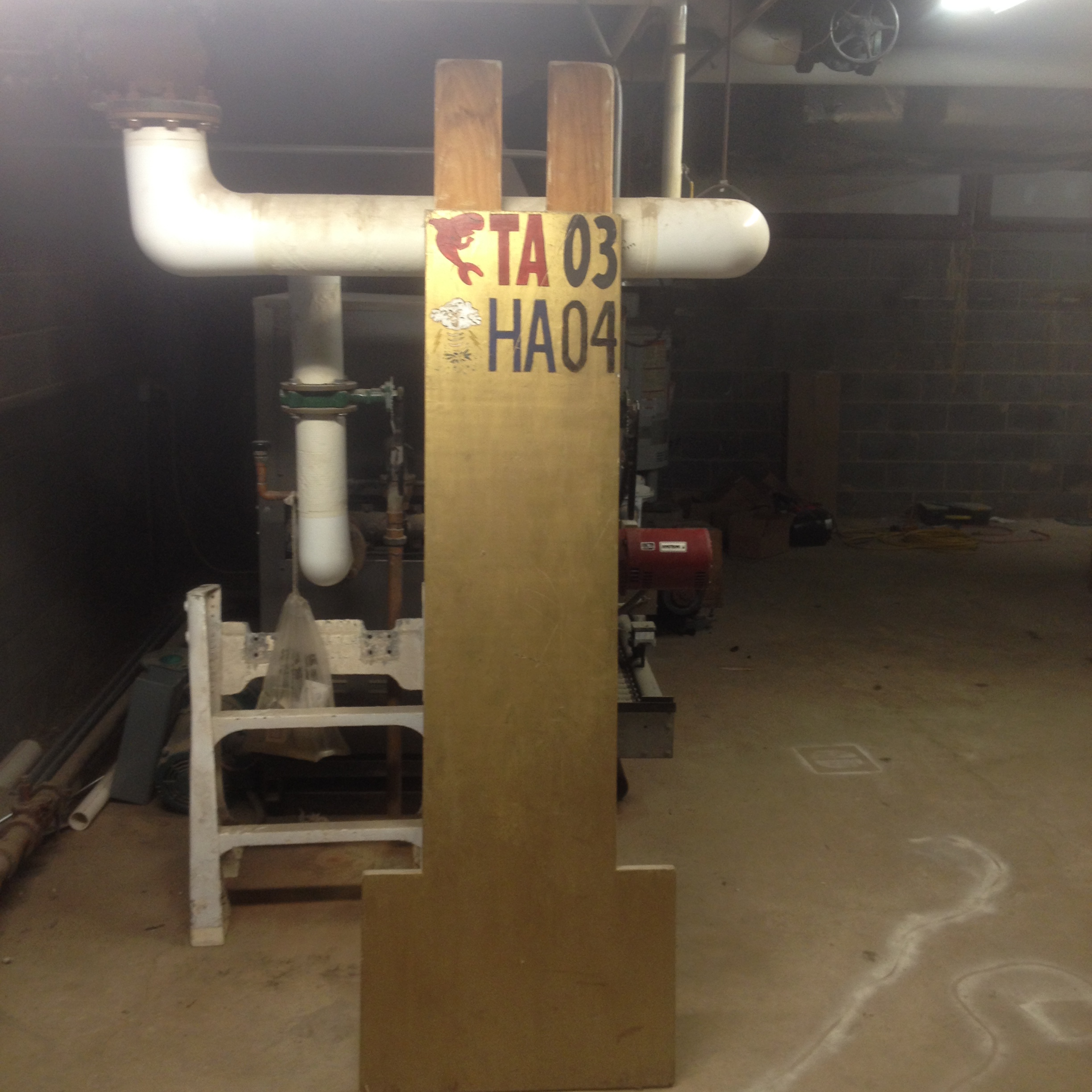 We had arrived at a fork in the road.  At this point, we could have simply declared victory and headed home, satisfied that we had found at least one of the wooden #1’s and revived part of MCSL’s history.

Or, we could brave the Historical Society to identify all of the league champions since 1958.

We opted for the latter because, well, why not?

When we asked the librarian at the Historical Society where we could find MCSL’s historical records, we expected a blank look and shrugged shoulders.  But strangely, she quickly led us upstairs to where they were stored in two, tidy boxes.

“How many requests for old MCSL records does the library get?”, we inquired. “About one every month or so,” said the librarian.  Hmm, who knew? 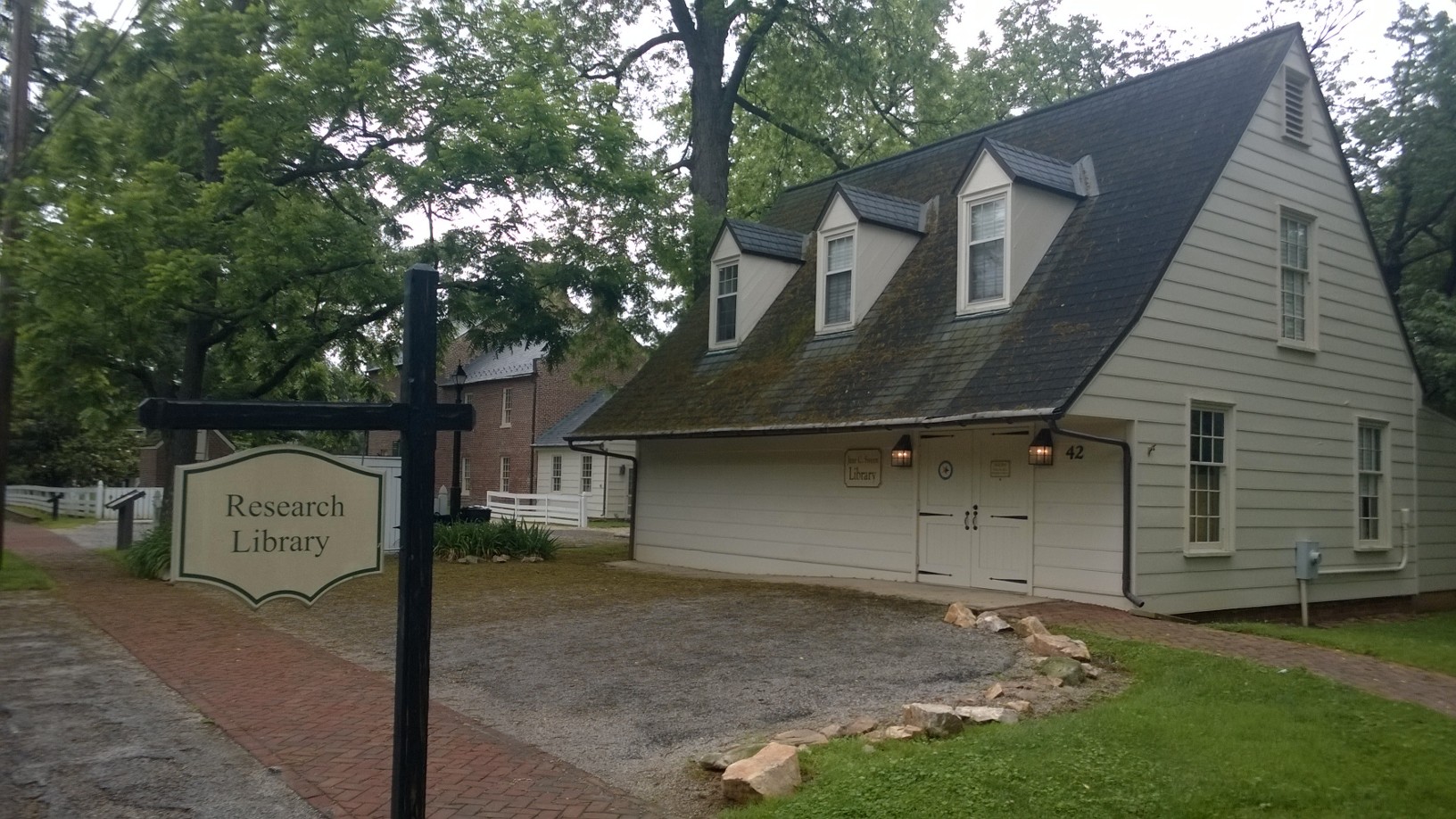 When we opened the boxes, instead of finding hairy spiders and dust, we found the records were neatly organized by year in manila folders.  We zeroed in on the handbooks from 1969-1972 and 1995-1998 and identified who won the league in those years.  In reviewing the other miscellaneous documents, we (think we) were able to determine who won the league in 1958-68.

So, what’s our conclusion from this little adventure?  Well, below is the (unofficial) list of MCSL champions that we cobbled together:

Rockville has won the most titles (9), Damascus has 8 crowns, Cedarbrook has 7, and Darnestown and Flower Valley both have 6.  But no one in MCSL has dominated like NVSL’s Overlee Flying Fish.