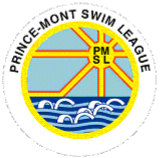 This is another in a series of articles that highlight the summer swim leagues in our area that have played key roles in making the Washington D.C. metro area a national hotbed for swimming and helped produce Olympic gold medalists and a long line of scholarship athletes.  We previously highlighted the Montgomery County Swim League (MCSL) and the Northern Virginia Swimming League (NVSL), and now we focus on the Prince-Mont Swim League (PMSL).

The PMSL, formed in 1959, has 40 teams from Prince George’s County, Montgomery County, Charles County, Anne Arundel County, Howard County, Calvert County, and the District of Columbia and has approximately 5,000 swimmers.  The league is divided into 7 divisions, and the 5-6 teams in each division hold dual meets over 5 weeks. After that period, each team sends its 2 fastest swimmers in each event to compete in its division’s championship meet. Then, at the end of the season, the top swimmer in each event at each of the 7 divisional championship meets compete against each other at the All-Star Meet.

The champion team in each Division is determined by adding the total points awarded to each team from its won-lost dual meet record and from its standing in the Division meet.  That is, the team that has the best won-lost dual meet record receives 8 points (the 2nd place team wins 6 points, 3rd gets 4, etc.) and the team that came in 1st at the Divisionals meet is given 6 points (the 2nd place team gets 4 points, 3rd wins 3, etc.).  If there is a tie between the amount of total points that teams get, the tie goes to the winner of the dual meet between the two teams.

Below are some highlights of the top 3 divisions in the league. In several weeks, after team rosters are fixed, we will identify some PMSL swimmers that you might keep an eye on.

Before the rise of Theresa Banks and Kingfish, Belair Bath and Tennis Club (BBT) battled Takoma Park for league crowns, winning their last league title in 2006.  Over the last three years, however, BBT has battled Whitehall Pool and Tennis Club (WPT) for 4th place in Division A.  WPT won last year’s dual meet by 4 points, so this year’s encounter should be fun to watch.

Despite falling to Division B this year, Smallwood Village Aquatic has been a team on the rise over the past several seasons.  The Marlins won Division D in 2013 and Division B in 2014 before peaking in Division A last year. On its way up, SVA beat both Mount Vernon Pool (MVP) and Strathmore Bel Pre (SBP) in 2014, so those two teams may be looking to get even with Smallwood this season.

The SBP Dolphins narrowly lost the Division B crown last year to Adelphi Recreation (despite beating AR in their dual meet), so many are picking Strathmore to win the division title this year.  However, Hawthorne Country Club (HCC), who beat Strathmore in their meeting last year but lost by 3 points to the Dolphins at Divisionals, will be looking to punish SBP for last year’s outrage.

But don’t sleep on Kings Landing.  The Lionfish, who rocketed up the divisional standings from Division G in

2010 to winning the Division B championship meet last year, are the darkhorse choice to win Division B this year.  HCC’s loss to Kings Landing last year in their dual meet is what allowed Strathmore to slip ahead of HCC in the 2015’s final divisional standings (despite SBP losing to HCC head-to-head).  HCC might have it out for Kings Landing this year.

The Pointer Ridge Porpoises and MVP Dolphins had a great battle last year for the Division C crown that came down to the wire.  PR beat MVP in their dual meet but MVP out-touched PR at Divisionals, meaning that the two teams tied in the final point standings.  But, the tie went to PR because they won the head-to-head match-up.  Look for MVP, who competed in Division B in 2013-2014 and in Division A up until 2012, to right that wrong this year.

Greenbelt has been a fixture in Division B for many years, so Division C will be novel for the Barracudas.  Last year, Fort Washington beat Greenbelt in both their dual meet and the Division B championship meet, so the Barracudas may look to even the score this year and climb back up to Division B next season.

Last season in their respective dual meets, West Arundel (WA) beat Roger Carter Seals (RCS) by 8 points, RCS beat Cheverly Swim & Raquet (CSR) by 19 points, and CSR beat WA, with all 3 teams finishing with a 4-1 record.  The Seals, however, won the Division D crown by winning Divisionals, and WA edged Cheverly for 2nd place in the division by outscoring CSR by 7.5 points at the championship meet.  Look for more fireworks between these 3 teams in their new Division C home.

Good luck to all PMSL teams this summer – swim fast and have fun! (And send us photos, videos and write-ups from your meets.)