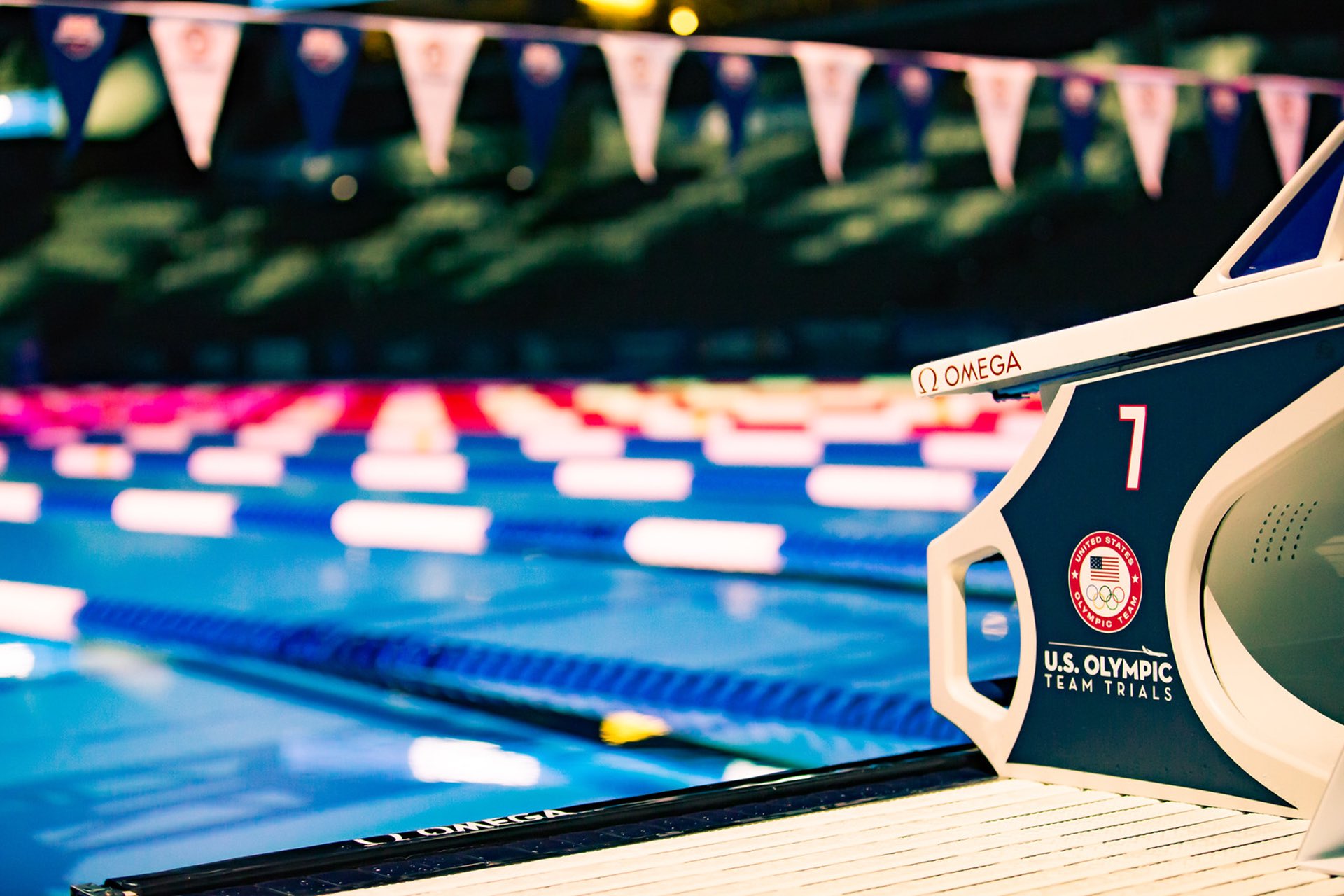 Up to 52 spots?  A maximum of 26 men and 26 women can be named to the team, but swimmers often qualify in multiple events.  The top male and female finisher in each of the 26 Olympic swimming events (and the top four in the 100- and 200-meter freestyle) will automatically earn a spot on the Olympic team. After that, the 2nd-place finishers in all events, and 5th and 6th place finishers in the 100 and 200 free, will be added to the team if spots remain.  For example, if PVS’s Katie Ledecky wins the 800 and 400 freestyle, she frees up spots for 2nd place finishers in other events (or for herself if she finishes, say 5th in 200 or 100 free).  In 2012, the U.S. took 49 swimmers to the London Olympics.

Here is the schedule of events for Trials in Omaha.  And here is the heat sheet for today (Sunday).  NBC Sports will live stream preliminary sessions and then broadcast on TV a tape delay of prelims each evening directly before each day’s final sessions.  NBC (as opposed to NBC Sports) will broadcast all final sessions live each day at 8pm ET.  Here is more info on where you can view Trials.

Confused?  SwimSwam laid out the following schedule for your viewing pleasure, with times in Eastern Time.

Some fun facts about Trials:

Below are the PVS swimmers who will be in action today (Sunday, June 26) at prelims (let us know if we missed anyone).

Brandon Fiala (former Machine), Heat 3, Lane 3; Carsten Vissering (NCAP), Heat 12, Lane 2, the first ‘circle seeded’ heat. His heat will set the precedent for the other 2 to chase – all he needs is top 16 to swim at night!

Good luck all PVS swimmers who are swimming at Trials!  We’re cheering you on here at home.

One thought on “PVS at Olympic Trials”