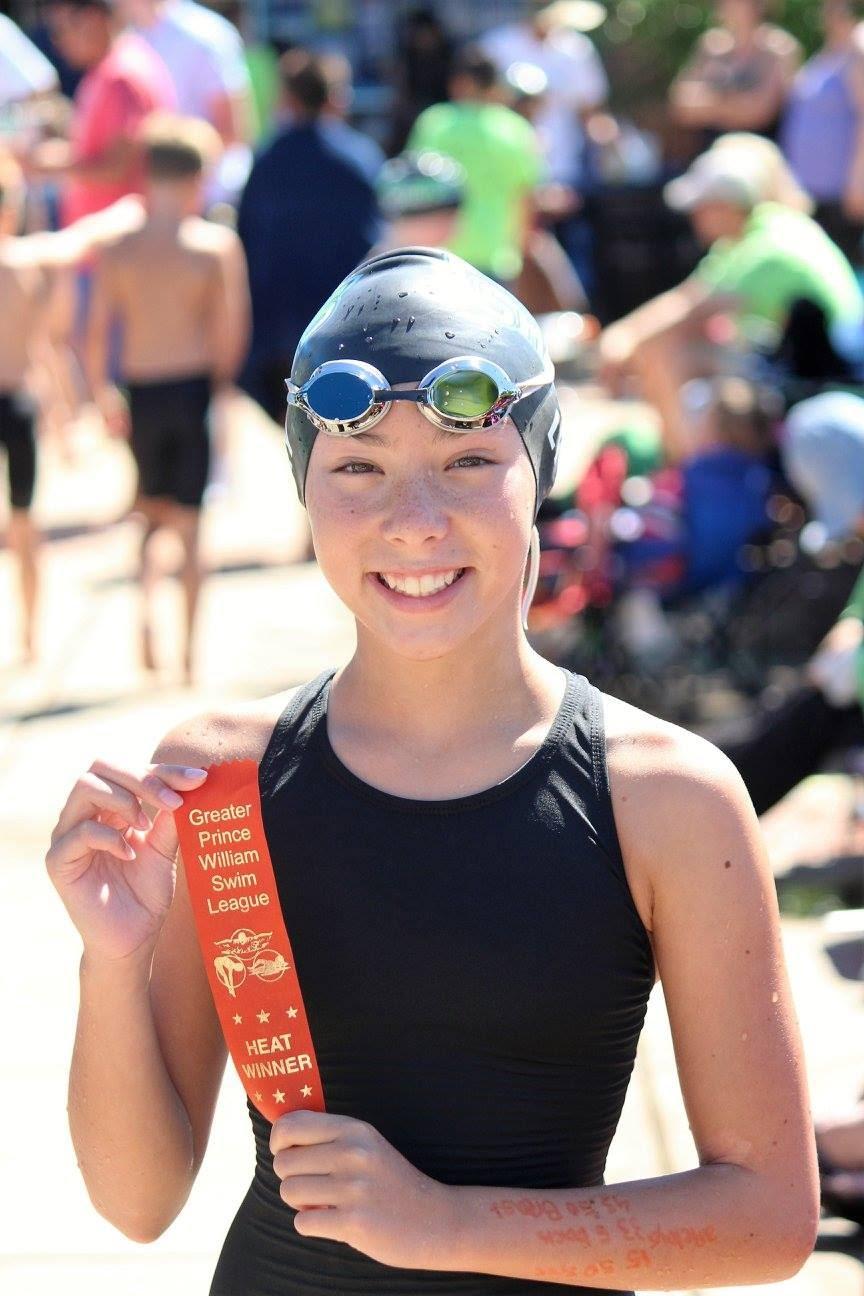 Congrats on a great season thus far and yet again, some amazing updates!

On Saturday, July 2, the Dominion Valley Sharks welcomed the Old Bridge Breakers to Haymarket for an exciting morning of swimming! With over 210 swimmers in attendance (our largest turnout so far this summer), the DV Sharks rallied together to show our home team spirit.  The Old Bridge Breakers were worthy opponents, and one of the nicest swim teams we’ve hosted, but in the end, the Sharks prevailed with a final score of 3,133 to 1,986.

Thank you to the Old Bridge Breakers for traveling so far to join us for an outstanding meet. We look forward to next week’s trip to Victory Lakes.

In the week 3 battle against two Blue Division rivals, the competition did not disappoint. The Piedmont Tsunamis kept the pressure on the Braemar Blasters throughout the entire meet, requiring all the swimmers to bring their best. In the end, the Blasters came out victorious and remain undefeated!

Thanks to the Piedmont Tsunamis for a fun and exciting meet!

The Bridlewood BWaves finished up an opening stretch of away meets with a strong showing against the hosting Brookside Hurricanes. Opening the meet with a sweep of the first eleven relay events, the BWaves took a quick lead and never looked back. The early success in the relays – including two record-breaking swims – set the stage for a dominant statement meet for the visiting team. The BWaves claimed the first place spot in 41 of the 48 individual events and sealed their 3000.5 – 2057.5 victory by taking 7 of the final 8 relays.

The 8 & Under Mixed Medley relay team of Madalyn Witt, Elodie Brox, Makenzie Witt, and Paul Querijero lowered last week’s team record by another quarter of a second, taking the mark down to 1:28.66. Madalyn Witt returned to the pool later to claim the individual record for 25m Backstroke, swimming the event in a time 20.71. Witt narrowly missed on two other individual records (Breaststroke and Butterfly) before anchoring the 8 & Under Girls Freestyle relay team that included Julia Mayes, Elodie Brox, and Makenzie Witt en route to improving their record to 1:17.59.

The 11-12 Boys group laid claim to their own records as well, as the quartet of Ryan Chmielenski, Peter Gilbert, Blake Eyre, and John Verosko set the new standards for both the Medley Relay (1:09.50) and the Freestyle Relay (59.31). 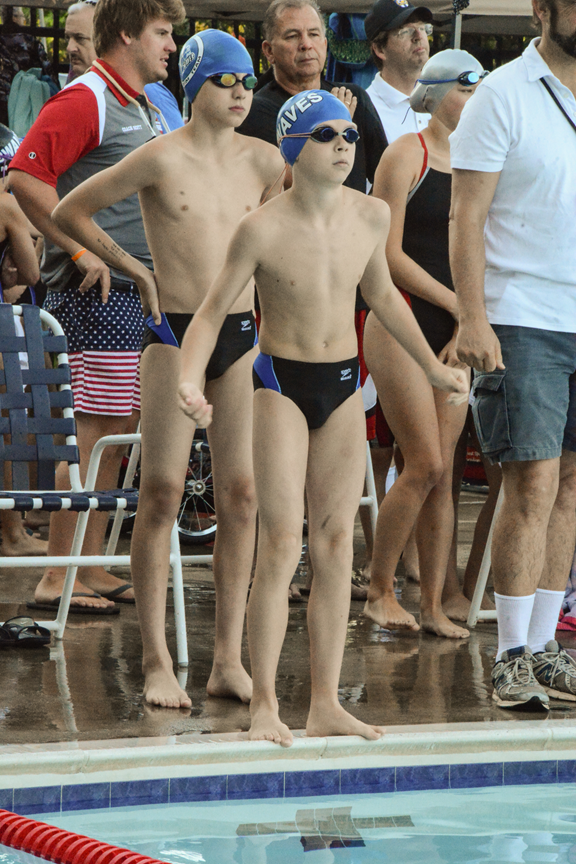 Photo Caption: BWaves’ 11-12 Boys Blake Eyre and Peter Gilbert stare across the pool at their relay teammates prior to one of two record-breaking swims on Saturday. (Credit: Ginger Carroll)

Week three’s victory makes it two in a row and brings the BWaves record to 2-1 as they head into their first home meet on the 9th against neighboring rival team, the Kingsbrooke Sea Lions. Prior to continuing the official season, however, the BWaves will host their second annual Stars and Stripes Invitational, an All-Star style meet geared towards fun, fast swims, and friendly competition.