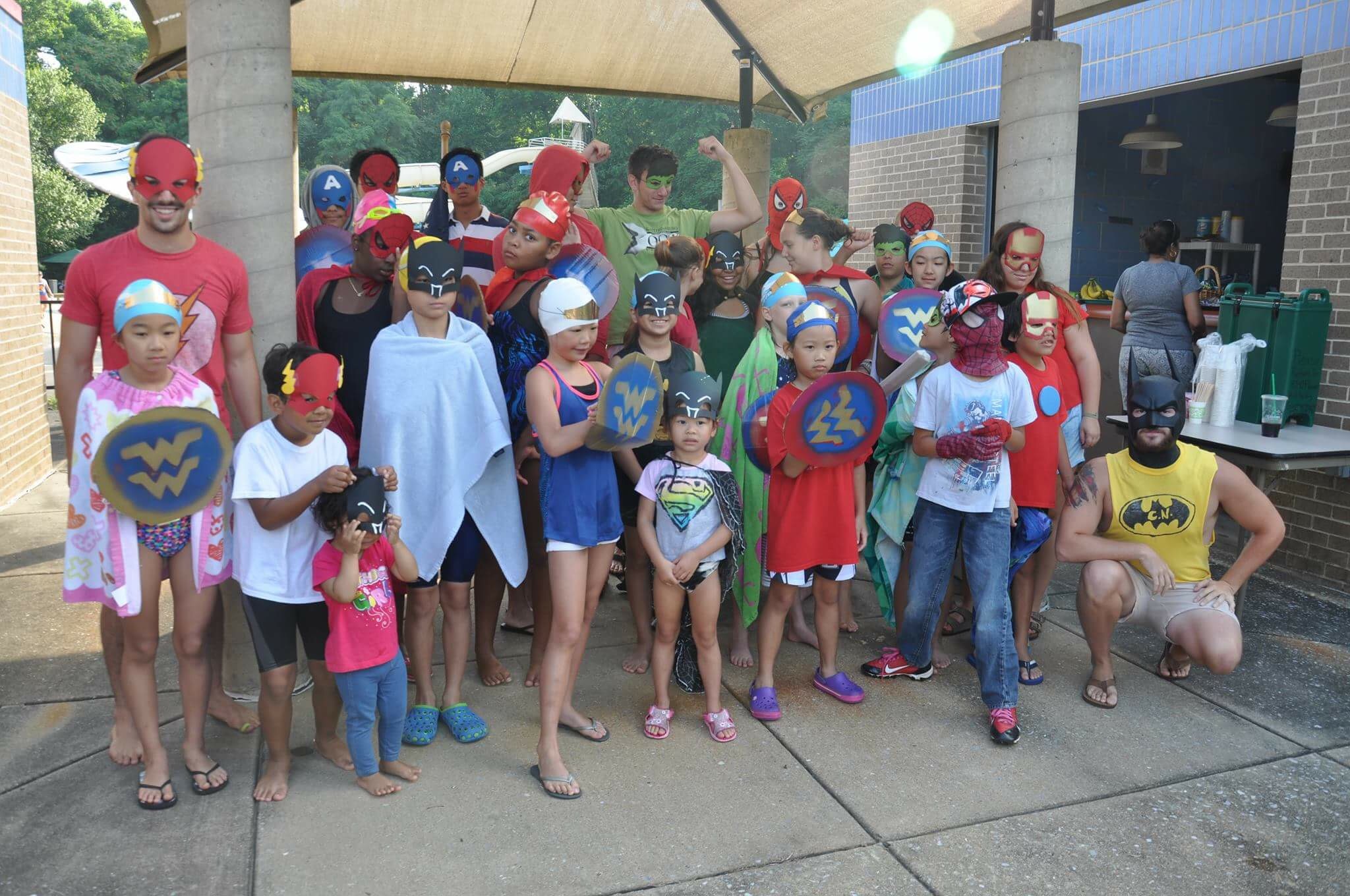 We recently published an article highlighting MaiMai, a swimmer who inspires us.   We want to take a moment now to talk about a team that inspires us, the Upper County Dolphins.  Since 1999, Upper County has competed in Division A for all but the four years they spent in Division B.  The Dolphins have done well as a team (e.g., they won the league title in 2013) and their swimmers also have done well individually, competing and winning events at Coaches Long Course and All-Stars.  They also have been notorious for having some lightning fast relays.

Upper County is one of seven outdoor pools run by the Montgomery County Recreation Department (MCRD) and includes an eight lane, 25-meter Main Pool that many consider one of the “fastest” (i.e., deepest) in MCSL, along with two one-meter diving boards, a separate shallow water leisure pool with a water slide, a Tot Pool, snack bar, bathhouse and lawn areas.  Although the UC pool is located in what most would consider “mid-county,” its convenient location and low cost made it an attractive alternative for those who could not or chose not to join their local neighborhood team.  Neighborhood pools often charge a fee to join the pool as well as the team (and have waiting lists to boot).  At public pools like Upper County, however, swimmers just pay a registration fee to the County (and sometimes a nominal fee to the team to cover expenses that the County doesn’t cover, like trophies, starter equipment, software, etc.) and these pools generally don’t have waiting lists. 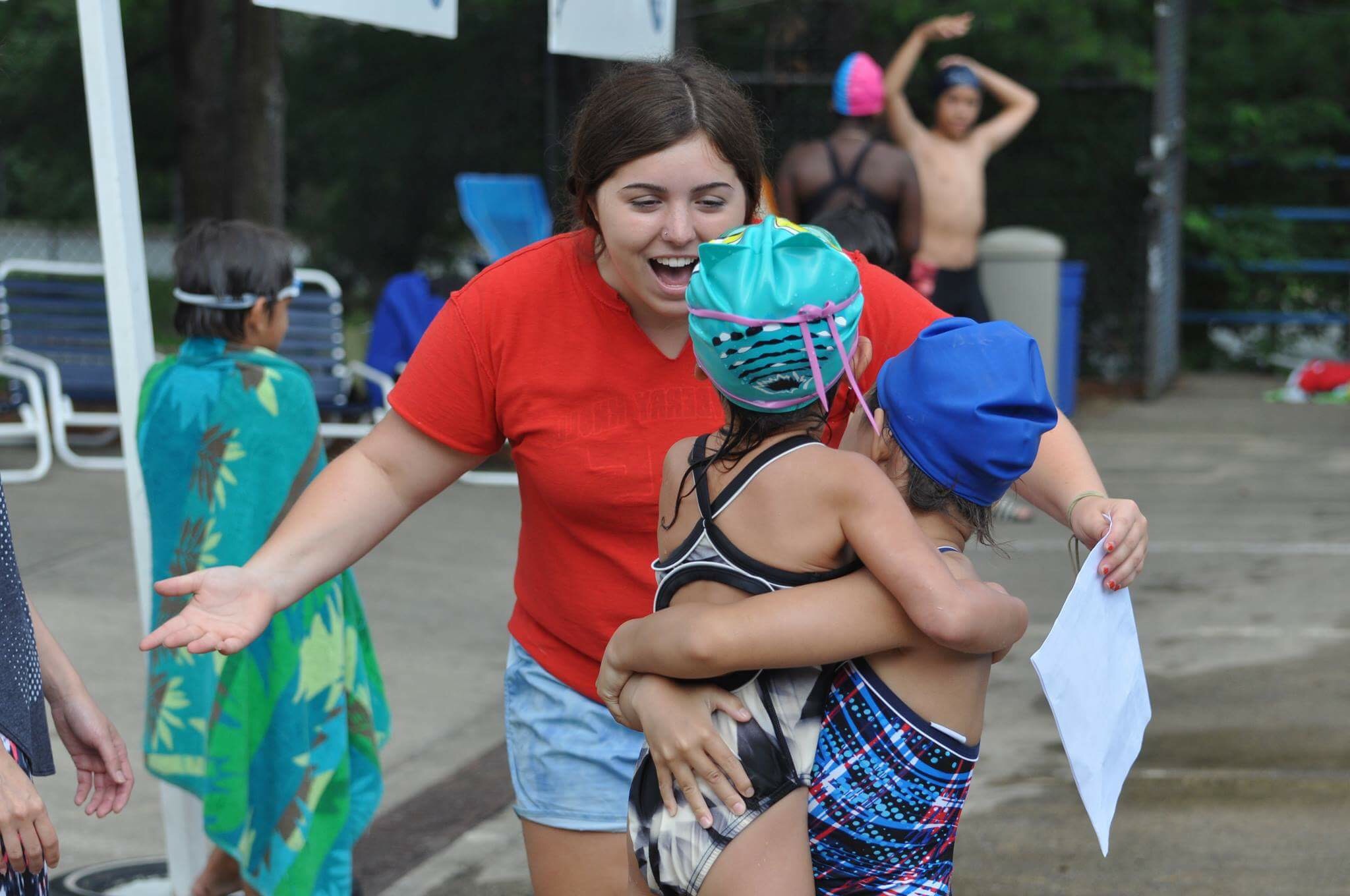 One thing community and county/city pools have in common is there is an inevitable ebb and flow in registrations.  People change teams for many reasons.  Some move to different areas, new teams join MCSL (e.g., Clarksburg has added two in recent years), coaching staffs change and even club affiliations drive the decision for families as to where they swim.  No one understands that more than the swimmers at Upper County.  A few years ago, their team had about 120 participants. In 2015, registration at Upper County dropped to 85.  Despite the drop in registration, they were able to maintain their competitive edge and came in 3rd overall in the division.

For the 2016 season, the team’s registration dipped to 35 swimmers – an almost unheard of low in any division, most certainly a team in Division A.  Most of the swimmers that remained had never participated in an A meet.  It’s easy to feel sorry for the team – it was clear at the onset of the season this team didn’t have a chance in Division A.  With 35 swimmers it is all but impossible to even fill a roster for an A meet.

But here’s the thing…they don’t want you to feel sorry for them.  Having seen them in action at a dual meet and again at the relay carnival, this team has more more spirit and heart than teams four times their size.  They run empty lanes, sometimes entire age groups go unfilled.  Knowing that a loss is all but inevitable, they show up and swim as hard and as well as they can.  They achieve personal bests, accomplish things they didn’t think possible and most importantly – they smile and laugh.  They are having fun.

In talking to Peter Nachod, the A Rep for Germantown, we learned that he had reached out to them and offered to fill any volunteer positions they could not fill.  Much to his surprise, they didn’t need help, their positions were filled. Parents who no longer have kids on the team woke up on Saturday and made the drive to Germantown to help run the meet. A parent from Stonegate also couldn’t help but talk about the Dolphins.  She said their A meet at Upper County was so much fun – the announcer was great and they played great music.  She felt like she was at a party hosted by UC!

Nancy Nickerson (a long time Dolphin parent) and her son Chris Nickerson (an assistant coach for UC) also shared with us that Tilden Woods reached out to them prior to their meet and offered to do a joint theme to help bring team spirit.  UC declined – they had already planned out their spirit wear but appreciated the efforts by TW to make them feel welcome.  Watching Jacob Ado, the head coach for UC, along with his assistant coaches cheer and coach his team at the dual meets and relay carnival, one would have thought the division championship was all but won for the team.  It’s very clear he is proud of his team. 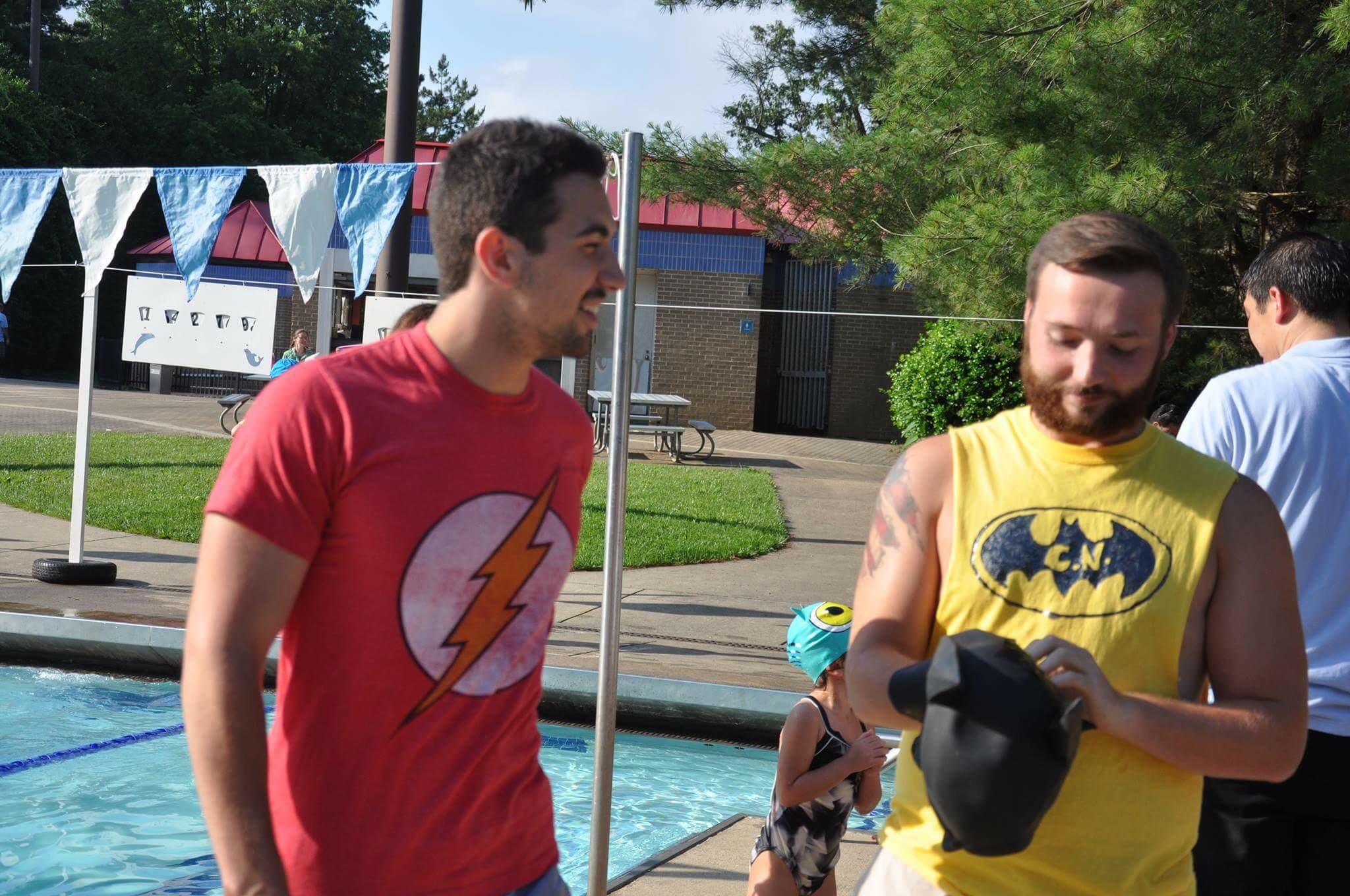 Swimming is a grueling sport for swimmers, coaches and parents.  It’s exhausting even when you are winning.  It is great to win the division trophy at the end of each season, but we also forget that earning the respect of your competitors is a far bigger prize.  Congratulations Upper County.  We applaud you for not giving up.  And thank you for reminding all of us that summer swim is about having fun.  Upper County isn’t giving up.  They know it is inevitable that they will drop many divisions and will spend the next several years rebuilding.  They are up for the challenge.  We wish them the very best and will continue to root for them.

Please email us your stories of inspiration, a team, swimmer, coach, parent or anyone else.  Contact@reachforthewall.org

If you are interested in more of the history of MCSL division winners, check out “Recovering MCSL’s Lost History.”

27 thoughts on “A Dolphin Tale”