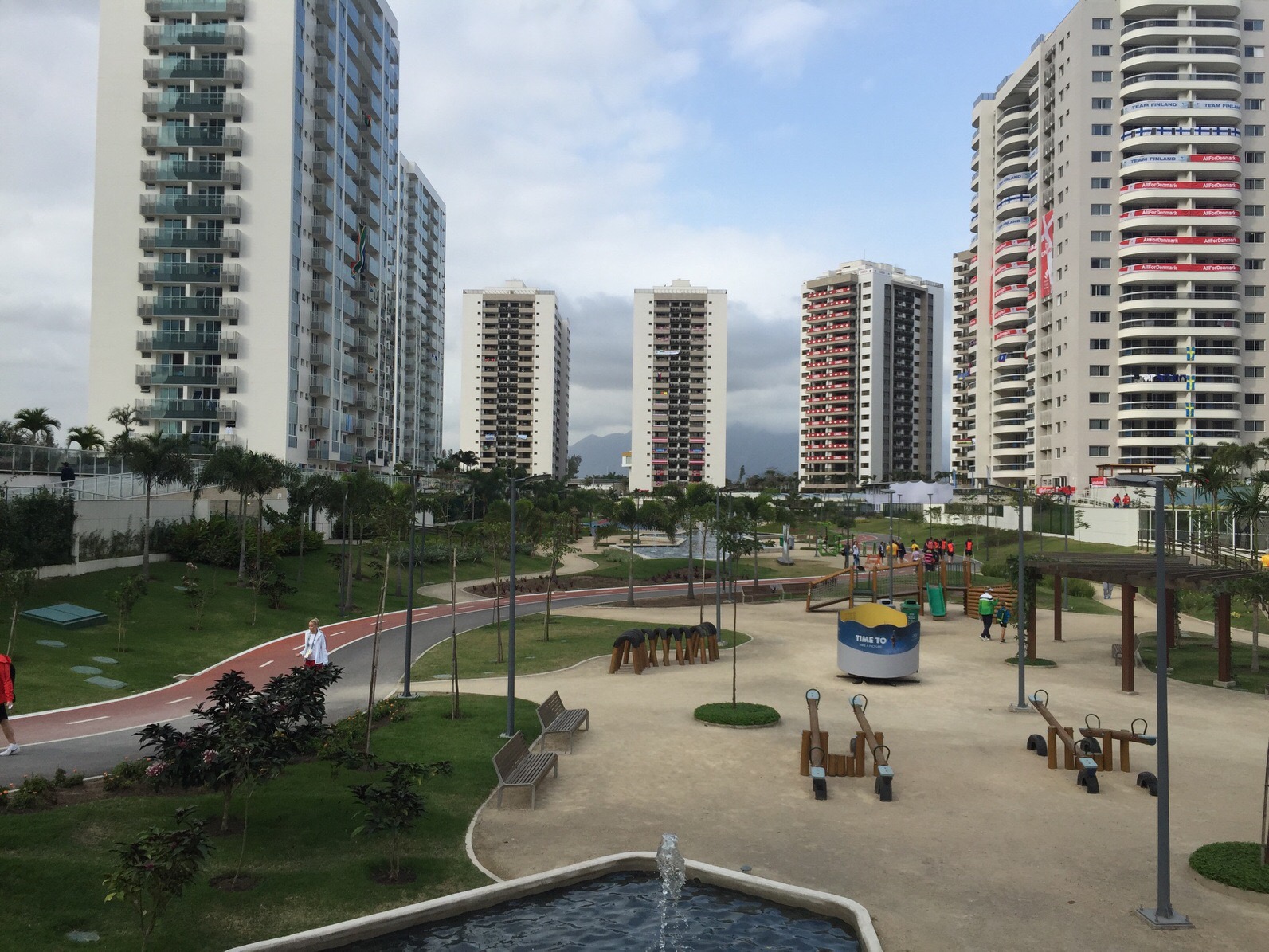 Bruce Gemmell, one of the Coaches of the 2016 U.S. Olympic Team in Rio de Janeiro and head coach at NCAP’s Georgetown Prep site, shares some more Olympic Village observations.

As of last evening, if Maryland was a country, they would be in second for most Gold Medals!  It is most certainly a fun time to be from the DMV!  One Maryland coach, Bruce Gemmell, has been updating us with his observations.  These are fun behind the scenes moments that you can’t see on TV! His initial observations can be found here.

Ok. So Olympic competition starts today. I’m up early thinking about my race strategy for the day …. The bus races!!

1) Get to the bus stop early and chat it up with the volunteer manning the bus stop to the pool (there are about 50 different bus stops going from the village to the venue). The volunteers are great and most of them speak English. Remember to give them an Olympic pin. Never know when you might need them.

2) Here’s the first strategic decision. I have to stand close enough to the curb to make sure I get on the bus when it gets crowded, but not so close that my life is in peril when the bus pulls up. At peak times it can be very crowded getting on the bus. Standing in line and waiting your turn is a very American thing. Pushing and shoving to get on is a world wide sport. We (Americans) aren’t very good at it.

3) Bus pulls up screeching to a halt and driver throws open the door. Usually followed by what I believe is profanity in Portuguese to the very friendly volunteer worker. We all pile on the bus. Usually about 60/70 people onto a bus that seats about 40. Finally the bus driver shouts the equivalent of “No Mas!” (For you older boxing fans) and slams the door.

4) Strategy #2. Where to sit (if on early enough to get a seat). The bus pulls out of the slot and immediately goes to top speed and enters the traffic circle – at top speed. Sit on the left side of the bus and you might get thrown to the right side while going around the circle. Sit on the right side and you might get crushed. Of course all of this is magnified if everybody doesn’t lean to the left while navigating the circle and the bus actually tips over!!

5). Enter the main road. I haven’t figured this one out yet. I believe there are designated Olympic lanes. However I think those lanes have more traffic than the regular public lanes. My Portuguese sign reading isn’t very good so don’t quote me in that. Whatever, we always get in the lanes with the most traffic.

6) Conversation on the bus is always light and energetic. All kinds of different languages being spoken, and everybody will always talk with you and try to speak English since I am the rude American with no other language skills.

7) Approaching the security checkpoint at the venue is another strategic decision. If you sat at the front of the bus … You risk being shot at since the bus is traveling full speed directly at a fully manned armored car and the bus driver is pounding his horn and flipping the finger to the armed soldiers to get out of the way. So far the soldiers have moved (barely), but bus drivers seem to have anger management problems. However, if you sit at the back of the bus you may get killed when traveling over the speed bumps at 80kph. Recommended speed appears to be 20kph

8) a brief 10-15 minute ride and you are at the venue. You are greeted by a very friendly English speaking volunteer …… And you start planning your strategy for the return trip 3-4 hours later.

In their defense. The bus drivers work very hard to stay on schedule. A bus leaves every 15 minutes for the venue. I wonder if they are paid by the “on time arrivals” Think how exciting air travel would be if pilots were paid that way.

Just in from Bruce – Yes, we are at the Olympic Games.  No we do not have lap counters for the 800.  “Didn’t arrive yet.  May be here in time for finals tomorrow night!”

Thanks Bruce!  And keep them coming!  And a special thanks to Barb Harris for sharing these on Bruce’s behalf!