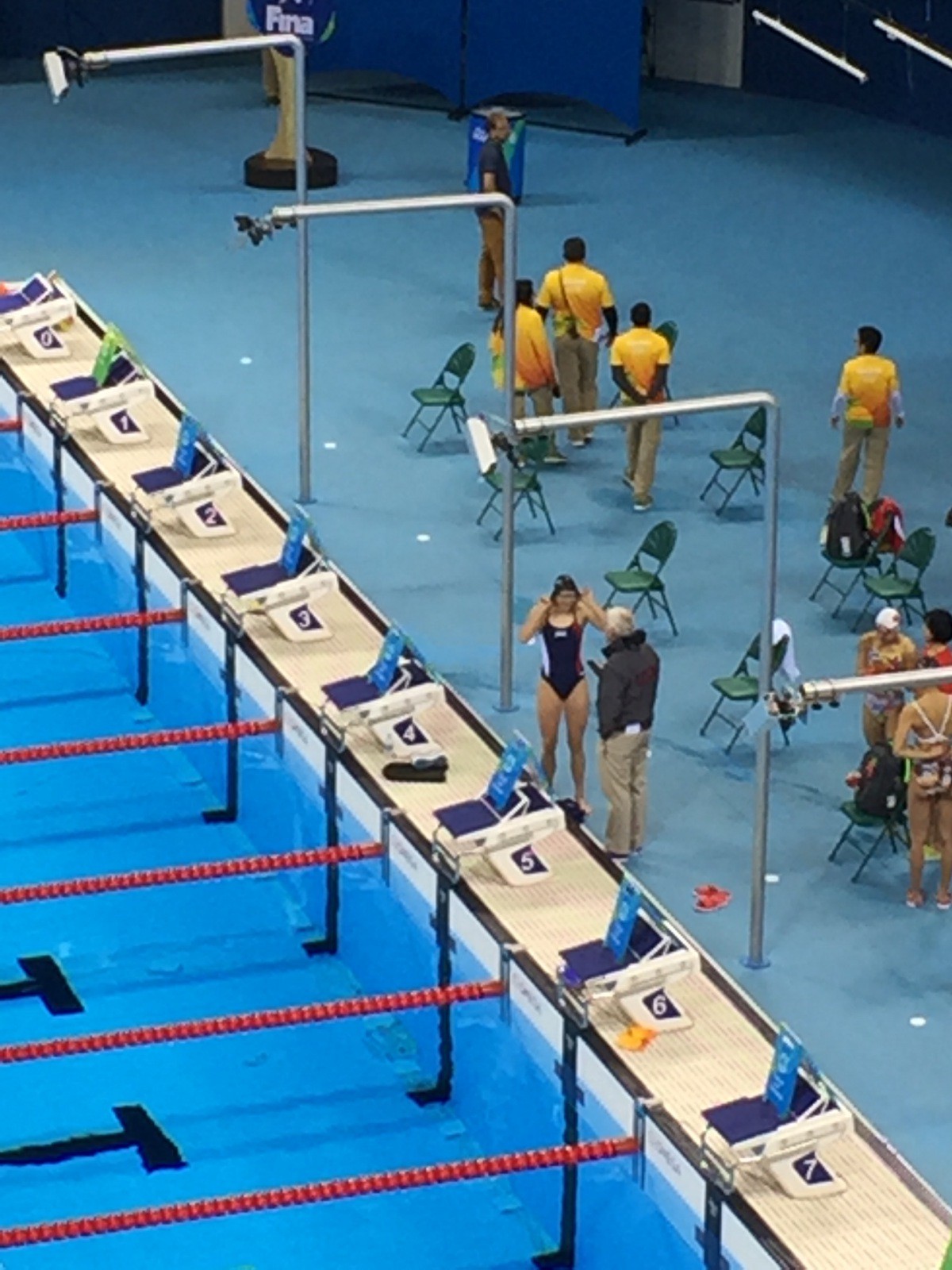 Bruce Gemmell, one of the Coaches of the 2016 U.S. Olympic Team in Rio de Janeiro and head coach at NCAP’s Georgetown Prep site, shares some more observations from the Olympics in Rio.

The village really is a special place. Athletes from all around the world: team uniforms, different languages, different sports all brought together.

I wish I spoke more than one language.

The dorm living is fine, BUT I will enjoy having toilets that work, a shower that is warm and not scalding, freezing or tepid at best, and a bed that isn’t rock hard. Running water is a treat for some athletes/staff.

The dining hall remains “consistent”.  I would never call it 5 star food, but I’m certainly not a Foodie, and 5 stars usually disappoint anyway.

For some athlete and staff/coaches, this is the best and most plentiful food they experience in 4 years. Think about that one folks – #firstworldproblems.

As far as security, I feel completely safe in the village, HOWEVER, access to the village isn’t all that tight (people get snuck in) and the screeners (think TSA) aren’t all that vigilant or might not be well-trained.

There are an abundance of well armed soldiers in the village with a tight lock on their weapons and trigger. There are many more on the streets to/from the venue.

Honestly the swimming venue is nothing all that special. It is sufficient, but certainly Omaha is better suited for the best swimming, and I would assume fan experience.

Don’t kid yourself – this (Olympics) is a BUSINESS! It is NBC’s billion $$ reality TV show.

I’m on board with many people’s thoughts that the Olympics really need to go to a 3-4-5 city rotation. Once we are gone from Rio, they will be saddled with ….. venues…. And debt I assume.  My son, Andrew, did his thesis on the long term financial benefits of hosting the Olympics. Honesty, there aren’t any.

I have not been to McDonald’s a single time, but I have had ice cream in the dining hall at 2am every night after competition. One more night to go – why break the streak tonight?

The support from the USOC and USA Swimming is honestly an unfair (but LEGAL) competitive advantage. Support staff is unparalleled. Last night as the last bus was leaving the venue, I counted 12 USA Swimming staff members on the bus at roughly 2am. I counted probably 8-10 staff members from all other countries combined.

It is an unfair (butLEGAL) competitive advantage to travel here on Mark Cuban’s private/charter plane. I doubt that Senegal and Botswana (not singling them out for any reason) had that same type of travel.

Doping …. in swimming …. That’s a subject for a different time.

Security (at the swimming venue in particular) was very interesting to me. We had multiple security staff around the swimmers at virtually all times; some identifiable as such and some “undercover”.  Maybe more on that later and a funny story about who got a forearm shiver to the chest when they tried to approach Michael.

Overall ….. Great experience ….. Would I do it again …… Yes, just maybe not in Rio. (Editor’s note – see here for an interesting take on the impact of these Olympics on Rio).

Thank you again, Bruce, for sharing your experiences in Rio with our PVS community.  And thank you, Barb Harris, for facilitating all this.