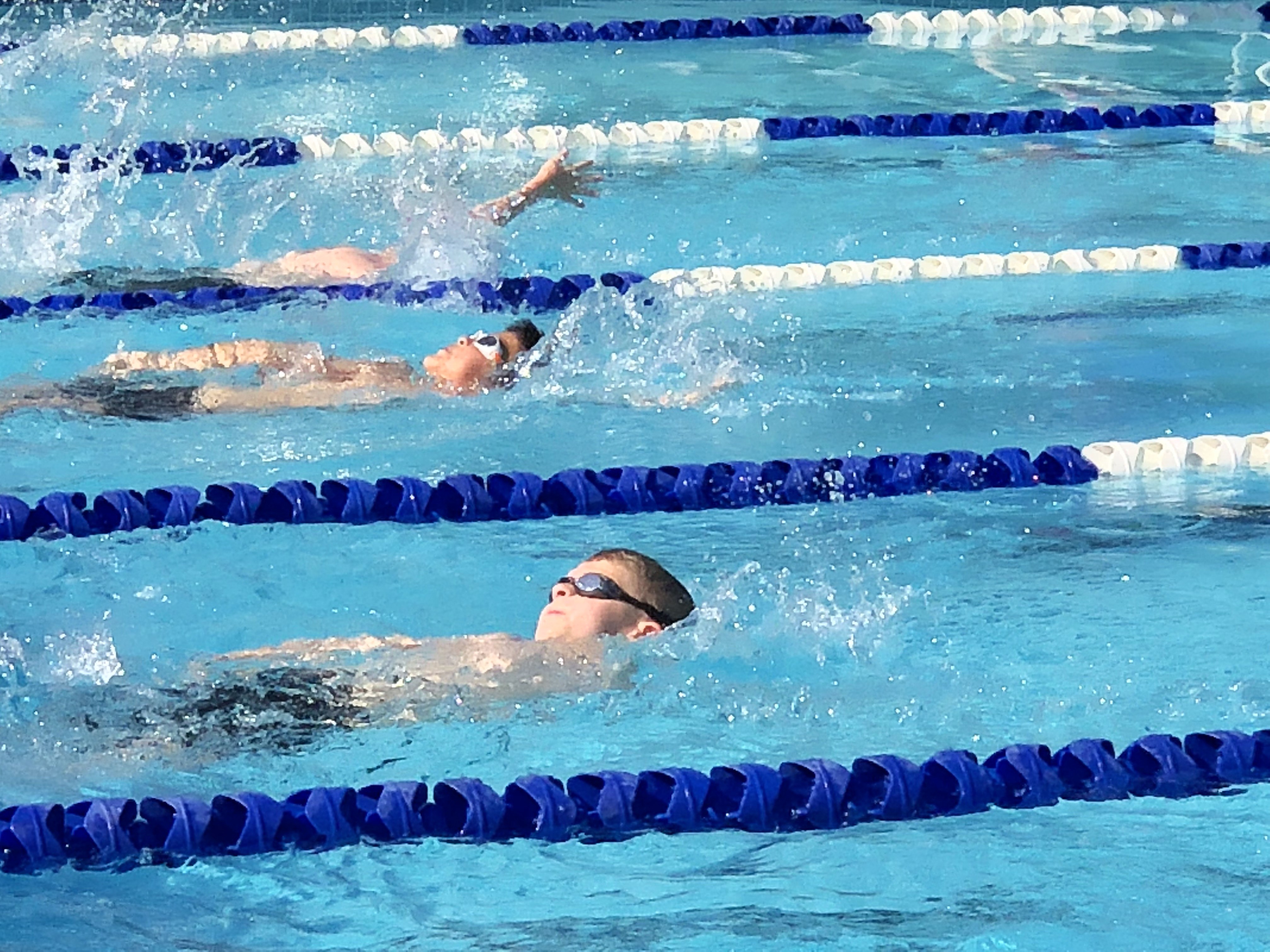 The Southbridge Seals welcomed the Meadowbrook Makos June 30 in their first meeting since 2016. This was the second week in a row that Southbridge swam up a division against a larger team.

The Seals took an early lead winning seven of the first 11 relay events. The Makos battled back during the freestyle events and the two teams traded the lead throughout the meet. Unlike their last meeting when the Makos defeated the Seals by more than 800 points, this one was a nail biter that was not decided until the final relays of the day. While the Seals held out hope for the upset, the Makos edged them out by a mere 136 points.

“All of the kids showed up and swam their hearts out and it was evident in the water today,” Seals Head Coach Greg Giovinazzo said. “Their willingness and lack of fear to try new events is really inspiring to me.”

The Seals are the official swim team of Southbridge on the Potomac located in Southbridge, Va., and includes swimmers from the Southbridge, Potomac Shores and other surrounding communities in southeastern Prince William County. This year, the Seals have moved up into the PWSL’s Black Division and will face off against Old Bridge and Stonewall Park for the division championship July 28 at Stonewall Park. Founded in 2009, they have won division championships in 2012, 2014, 2015, and 2016.

One thought on “PWSL: Seals Battle Mako’s in 2nd closest meet of the week!”