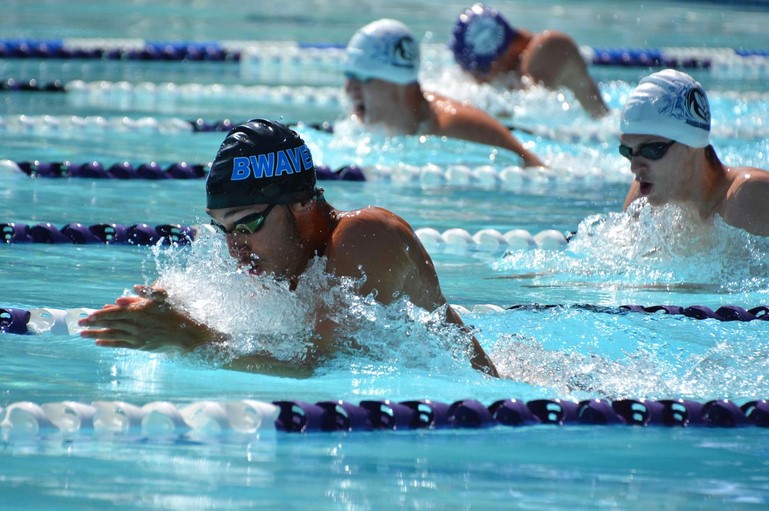 After two weeks of cooler temperatures, the heat finally showed up for the PWSL league meets. The hotter weather may have taken its toll on the swimmers, with times across the league were a little sluggish compared to previous weeks. However, as the BWaves headed to Wellington in search of their third straight win of the season, it was business as usual.

Bridlewood swimmers quickly took control of the meet, charging ahead with nine wins in the opening eleven relay contests. All nineteen BWaves relay teams would go on to place amongst the top ten in the county. During the individual events, the team kept the pressure on, claiming first place in all but eight events and building a lead down the stretch. This success led to 101 appearances on the League’s top 25 times list for the BWaves as well. With a final score of 3101.5 to 2136.5, the BWaves move on to 3-0 for the season.

On the records front, the relay teams drew a blank, but the BWaves did have to adjust some individual team records due to a couple of outstanding performances. Eight-year old Jacob Thorpe improved on his 25m Backstroke record from last season after his first time swimming the event this year. The new team standard is 20.29 seconds. On the girls’ side, Jordan Durocher went three-for-three, rewriting the team’s record book by erasing two long-standing records in Freestyle and Breaststroke (each from 2008) and lowering her own record in the Individual Medley. Jordan’s times of 28.95 seconds (50m Freestyle), 1:08.75 (100m IM), and 37.62 seconds (50m Breaststroke) give her all five individual team records for 13-14 Girls.

The BWaves will be hosting the Fourth Annual Stars and Stripes Invitational on Tuesday, July 4th. With events beginning at 8:30, this all-star meet will showcase the top swimmers from Ben Lomond, Dominion Valley, Kingsbrooke, Virginia Oaks, Wellington, and Bridlewood in a unique, fun meet that will include medal podium presentations and a trophy for the winning team. Next Saturday, the BWaves will host Victory Lakes, while Wellington will travel to Brookside.