The Southbridge Seals entered Week 5 of the Prince William Swim League in a three-way tie with the other teams of the Black Division with a record of 2-2. The Seals traveled up Route 1 for their final away meet of the regular season to face the Veterans Park Marlins in a battle of the league’s teams located along the shores of the Potomac River.

The Seals started the meet off strong with wins in ten of the first 11 relays.  That momentum carried over into the freestyle events where they had some stellar performances, including that of Christian Johnson who finished the Boys 8 & Under event in less than 20 seconds.

This was followed by the 100M IM as Seals swimmers had the opportunity to exhibit the hard work they have put in on honing all four strokes. While every age group excelled at this, none was more dominant than the Girls 15-18 where four Southbridge teammates — Ainsley Juhlin, Jordan Mumford, Macy Daly, and Jacqueline Riley — each recorded a PWSL Top 25 time in the same event.

The backstroke events maintained the level of excitement as two new Seals team records were set and a top time in the county was recorded.  Mylin Windley shattered the Girls 9-10 50M Back record with a blistering time of 42.22 seconds, which was a two-second drop from her personal best.  Caila Sullivan also broke her own record in the Girls 11-12 50M Back while recording the fastest time in the league this week. 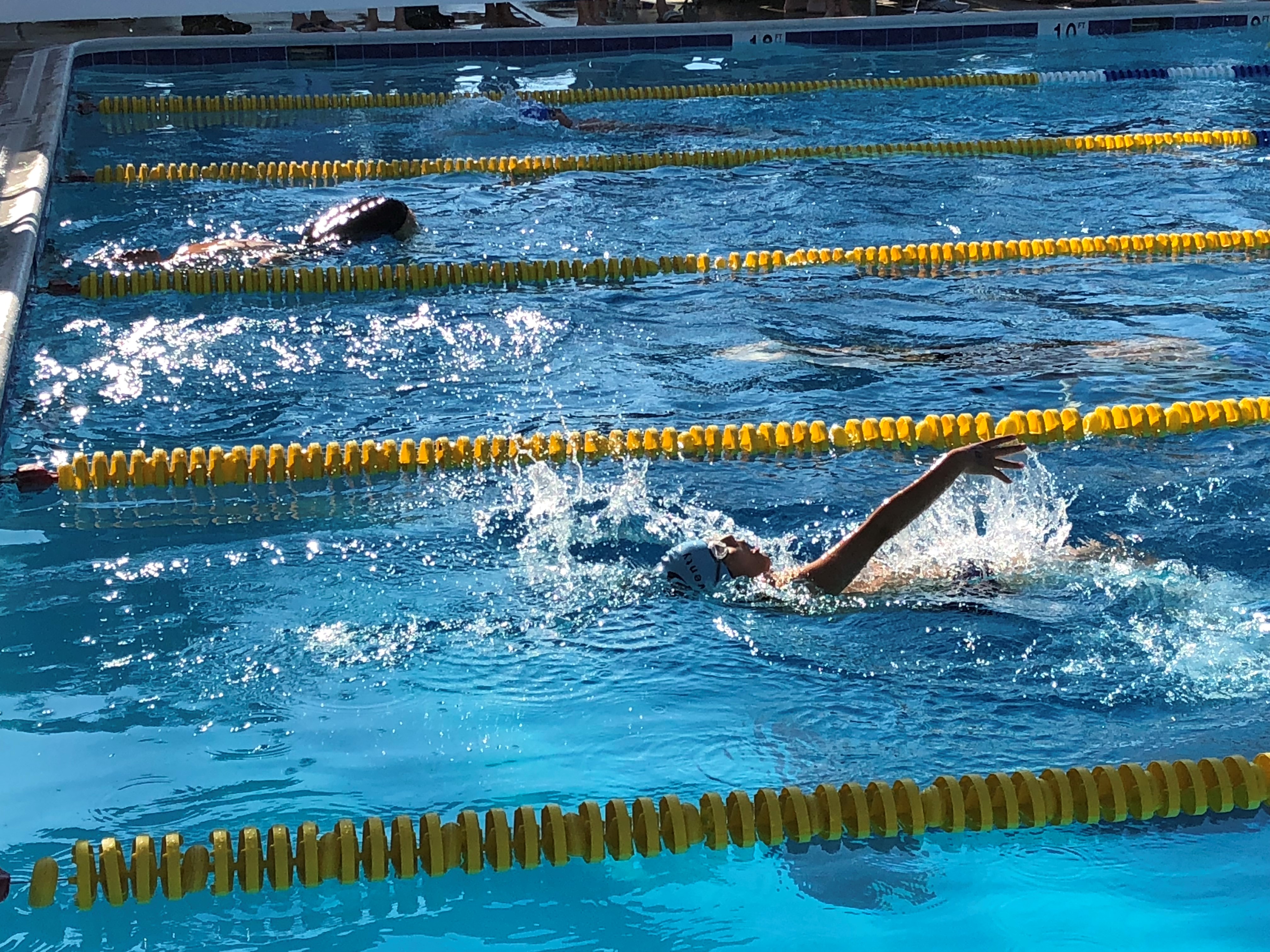 Southbridge added to their lead in the breaststroke by scoring high in each age group category.  Both Patrick Kayne and Ainsley Juhlin lowered their existing team records in the event.  The Girls 8 & Under combination of Catherine King, Emily Le, and Ella Durham finished 1, 2, and 3 while the Boys 11-12 and Girls 11-12 both took the top four spots respectively in the 50M Breast.

The fly events capped off the individual portion of the meet with Seals swimmers Jacob Lattanzi, Sebastian Villanueva, and Cooper Clarkson capturing first, second, and third places in the Boys 9-10 25M Fly.  The final event was a thriller with Jordan Mumford and Macy Daly going stroke for stroke in the Girls 15-18 50M Fly.

“I continue to see the amazing growth and diversity of talent within the team,” said Seals Head Coach Greg Giovinazzo.  “From the dominant relays swims to the 19 distinct individuals who placed first in their respective events, this was a true team win.”

Southbridge improves to 3-2 with the win, keeping pace with the rest of PWSL’s Black Division as both Old Bridge and Stonewall Park secured victories this week as well. The Seals wrap up their 2018 regular season next week at home when they welcome the Virginia Oaks Sea Devils. The division championship will be held July 28 at Stonewall Park.

The Seals are the official swim team of Southbridge on the Potomac located in Southbridge, Va., and includes swimmers from the Southbridge, Potomac Shores and other surrounding communities in southeastern Prince William County. Founded in 2009, they have won division championships in 2012, 2014, 2015, and 2016.