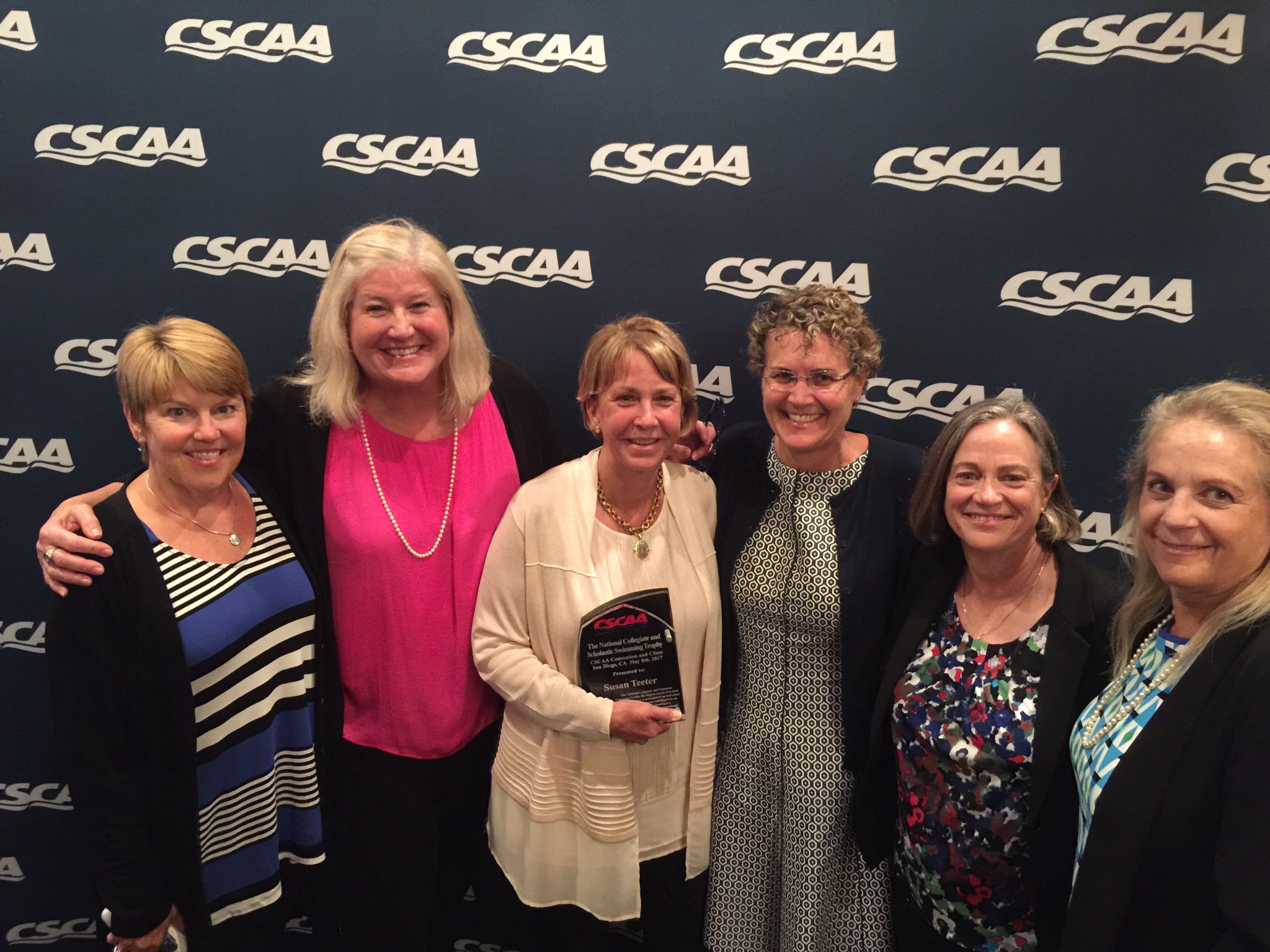 Editor’s Note: This post was originally published on September 1, by SwimSwam as a feature of their ‘Shout from the Stands’ series. We thought the subject matter and content is so important to our community, we asked Dr. LaVoi if we could publish here & she graciously provided her consent. We hope to continue to provide posts authored by Nicole which highlight outcomes of her important research.

Recently, a piece sharing the data on lack of women head swimming and diving coaches at the collegiate level was posted on SwimSwam.com. That data is part of my research at the Tucker Center for Research on Girls & Women in Sport at the University of Minnesota.

The data shared was accurate: swimming and diving both get an F grade on our Women in College Coaching Report Card, at the NCAA D-I level and a D grade for both at the D-III level. What this means is that less than 1 in 4 collegiate female swimmers are coached by a same sex role model, and that fewer men get the benefit of a cross-sex role model. Let me contrast that by stating that nearly ALL (~96-98%) men’s collegiate teams are coached by men. Swimming and diving is unique in that it is a “co-ed” sport so we’d think we’d see more women coaches. Yet many college programs have a Director of Swimming that oversees both the men’s and women’s programs, and based on the data we know that person is rarely a woman.

WHY DO WOMEN COACHES MATTER?

I get this question a lot, so let me offer up some evidence-based reasons why women in sport leadership positions matter.

First, sport is one of the most visible and powerful social institutions in world. Who is seen and known in the world of sports, like head coaches, communicates who is important, relevant and valued (and who is not).

Second, girls and young women want and need female role models, like former female athletes who become coaches, who have experienced many of the same issues in their sport. Same sex role models provide emulation, aspiration, self-esteem, and valuation of abilities. Many girls grow up NEVER having had a female coach, whereas

100% of their male peers have had a male coach.

Third, when boys and men experience women as competent leaders in a context that matters greatly to them (i.e., sport), they are more likely to respect women, see females as equal colleagues, friends, and intimate partners, and are less likely to sexually objectify women.

Fourth, when girls and young women see females in coaching roles they will more likely think about coaching as a legitimate and viable career, and may aspire to become a coach. Women coached by women are more likely to go into and stay in coaching!

Fifth, sport organizations with more women coaches on staff will likely have different perspectives at the decision making table, which, according to the data, is positive for any workplace.

Seventh, when women are tokens in the workplace (<24%) it is often detrimental to mental and physical health outcomes. Female swimming & diving coaches often endure and experience alienation, feeling highly visible and subjected to scrutiny, having to overperform to gain credibility, feeling pressure to conform to organizational norms and endure increased risk for gender discrimination in the forms of sexual harassment, wage inequities, and limited opportunities for promotion; all caused by their minority status in the workplace. Over time, this takes its toll and many women coaches burnout and leave the profession.

Eighth, decades of data indicate 99% of sexual abusers and molesters of all athletes (female and male) at all levels of sport are male (see Brackenridge, 2001). With increased concerns of athlete health, wellbeing and safety, increasing the number of women coaches and gender diversity in the workplace might expedite advancement and achievement of these important goals.

In sum, women love to coach and are competent coaches. Women love to coach just as much as men, but due to the system and culture of swimming and diving they are often denied the opportunity afforded to male peers or face such an inhospitable workplace (and that means at the national, organizational, athletic department or club level) that they quit something they are passionate about and good at!

Women coaches matter, and swimming and diving has some work to do to make this a reality.

Nicole M. LaVoi, Ph.D. is a Senior Lecturer in the area of social and behavioral sciences in the School of Kinesiology at the University of Minnesota where she is also the Co-Director of the Tucker Center for Research on Girls & Women in Sport. She received MA (’96) and doctoral degrees (’02) in Kinesiology with an emphasis in sport psychology/sociology from the University of Minnesota. After completing her graduate work, Dr. LaVoi was a Research & Program Associate in the Mendelson Center for Sport & Character at the University of Notre Dame (2002-‘05) where she helped launch the Play Like a Champion character education through sport series, and was also an instructor in the Psychology Department. LaVoi was an Assistant Professor of Physical Education and the Head Women’s Tennis Coach at Wellesley College (1994-’98), and the Assistant Women’s Tennis Coach at Carleton College (1991-’93).

Through her multidisciplinary research she answers critical questions that can make a difference in the lives of sport stakeholders—particularly girls and women. As a leading scholar on women coaches LaVoi has published numerous book chapters, research reports and peer reviewed articles across multiple disciplines. Her seminal research includes the annual Women in College Coaching Report Card which is aimed at retaining and increasing the number of women in the coaching profession, and a groundbreaking book Women in Sports Coaching (2016). She also collaborates with colleagues on media representations of females in sport, including co-producing an Emmy-winning best sports documentary titled Media Coverage & Female Athletes: Women Play Sports, Just Not in the Media (2013), and has a new documentary with tptMN coming out in November 2018 titled Game ON: Women Can Coach. As a public scholar she speaks frequently to sport stakeholders around the globe and serves on national advisory boards for the Sports Advocacy Netowrk of the Women’s Sport Foundation, espnW and WeCOACH (formerly the Alliance of Women Coaches). She is also the founder and director of the annual Women Coaches Symposium held on the U of MN campus which serves over 350+ women coaches of all sport and all levels. LaVoi focuses her research on the relational qualities of the coach-athlete relationship, the physical activity of underserved girls, the barriers and supports experienced by female coaches, and media representations of girls and women in sport.

LaVoi played four years of intercollegiate tennis at Gustavus Adolphus College where her team placed 4th (’89), 2nd (’91) and won the NCAA-III National Championships in 1990. She is a two-time NCAA Academic All-American.