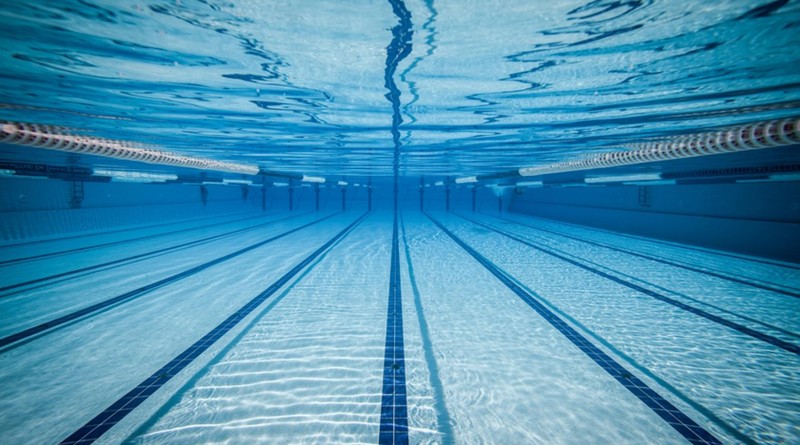 To keep the discussion going, continue to raise awareness and educate those who care about swimming and diving in general and the issues and barriers facing women coaches in particular, this piece will build on the two related pieces previously posted. The first was about data on lack of women head swimming and diving coaches at the collegiate level, the second outlined 8 Reasons Why Women Coaches Matter.

I have been following the discussion and comments on SwimSwam.com pertaining to these two pieces. One comment that came up frequently was that “Women aren’t as interested in coaching as men.” Claiming women aren’t as interested is a false narrative that is often repeated and is a form of blaming women for the lack of women, which is unproductive to increasing the number of women coaches. By blaming women (the people in the system with the least power) the systemic changes that need to occur fail to happen, and the status quo remains in place.

I would encourage readers to read all five pieces I’ve written about on blaming women and false narratives about women coaches. You can also read Women Want to Coach!

Within the system I just mentioned, there are many barriers that prevent, impede and drive women out of coaching. If you want the Full Meal Deal and all the data on these barriers, watch this Distinguished Lecture titled “Paradox, Pitfalls, & Parity: Where Have all the Women Coaches Gone?”

Women coaches exist within an occupational landscape and sport system that is dominated by men at every level, in every position, and in nearly in every sport and institution (see here if you need the data!). Most men do not face the intensity nor the number of barriers their women colleagues face, and in fact, based on a 2016 study by the Women’s Sport Foundation many male coaches report they experience reverse discrimination!

The lack of women coaches is not the problem, it is a reflection of a problem. That problem is a culture that does not value and support women. In many cases women coaches face discrimination, harassment, and a hostile or unpleasant work environment and retaliation if they report it. If you don’t believe me, ask THEM! Given this reality, it is not surprising many women do not enter or leave coaching.

I challenge everyone to stop blaming women for the lack of women coaches and start thinking about and acting on ways to change the culture so that all women feel valued and supported.

Nicole M. LaVoi, Ph.D. is a Senior Lecturer in the area of social and behavioral sciences in the School of Kinesiology at the University of Minnesota where she is also the Co-Director of the Tucker Center for Research on Girls & Women in Sport. She received MA (’96) and doctoral degrees (’02) in Kinesiology with an emphasis in sport psychology/sociology from the University of Minnesota. After completing her graduate work, Dr. LaVoi was a Research & Program Associate in the Mendelson Center for Sport & Character at the University of Notre Dame (2002-‘05) where she helped launch the Play Like a Champion character education through sport series, and was also an instructor in the Psychology Department. LaVoi was an Assistant Professor of Physical Education and the Head Women’s Tennis Coach at Wellesley College (1994-’98), and the Assistant Women’s Tennis Coach at Carleton College (1991-’93).

Through her multidisciplinary research she answers critical questions that can make a difference in the lives of sport stakeholders—particularly girls and women. As a leading scholar on women coaches LaVoi has published numerous book chapters, research reports and peer reviewed articles across multiple disciplines. Her seminal research includes the annual Women in College Coaching Report Card which is aimed at retaining and increasing the number of women in the coaching profession, and a groundbreaking book Women in Sports Coaching (2016). She also collaborates with colleagues on media representations of females in sport, including co-producing an Emmy-winning best sports documentary titled Media Coverage & Female Athletes: Women Play Sports, Just Not in the Media (2013), and has a new documentary with tptMN coming out in November 2018 titled Game ON: Women Can Coach. As a public scholar she speaks frequently to sport stakeholders around the globe and serves on national advisory boards for the Sports Advocacy Netowrk of the Women’s Sport Foundation, espnW and WeCOACH (formerly the Alliance of Women Coaches). She is also the founder and director of the annual Women Coaches Symposium held on the U of MN campus which serves over 350+ women coaches of all sport and all levels. LaVoi focuses her research on the relational qualities of the coach-athlete relationship, the physical activity of underserved girls, the barriers and supports experienced by female coaches, and media representations of girls and women in sport.

LaVoi played four years of intercollegiate tennis at Gustavus Adolphus College where her team placed 4th (’89), 2nd (’91) and won the NCAA-III National Championships in 1990. She is a two-time NCAA Academic All-American.

This post was originally published on September 5, by SwimSwam as a feature of their ‘Shout from the Stands’ series. We thought the subject matter and content is so important to our community, we asked Dr. LaVoi if we could publish here & she graciously provided her consent. We have seen an uptick in posts across sites dedicated to swimming (and other sports) regarding this topic & think these are complementary pieces to what Nicole is exposing. The first link is a story authored by NBA superstar Pau Gasol, currently playing for the San Antonio Spurs. This post was published on May 11, in the Players’ Tribune: “Founded by Derek Jeter, The Players’ Tribune publishes first-person stories from athletes, providing unique insight into the daily sports conversation. Through impactful and powerful long- and short-form stories, video series and podcasts, The Players’ Tribune brings fans closer than ever to the games they love.”

An Open Letter About Female Coaches

If you don’t click the link, here’s a few excerpts that stuck with me:

“…But if you think I’m writing this to argue why Becky is qualified to be an NBA head coach … well, you’re mistaken. That part is obvious: One, she was an accomplished player — with an elite point guard’s mind for the game. And two, she has been a successful assistant for arguably the greatest coach in the game. What more do you need? But like I said — I’m not here to make that argument. Arguing on Coach Hammon’s behalf would feel patronizing. To me, it would be strange if NBA teams were not interested in her as a head coach.”

“First, I’ve just gotta tell you: If you’re making that argument to anyone who’s actually played any high-level basketball, you’re going to seem really ignorant. But I also have a simple response to it — which is that I’ve been in the NBA for 17 years. I’ve won two championships … I’ve played with some of the best players of this generation … and I’ve played under two of the sharpest minds in the history of sports, in Phil Jackson and Gregg Popovich. And I’m telling you: Becky Hammon can coach.”

last one (really, you should read the full post)

“So when I see arguments — or even jokes — that we shouldn’t have female head coaches in the NBA because of “locker room” situations or whatever … I guess it just reminds me that, for as much progress as we’ve made as a league over these last few years … we still have a ways to go. Because let’s be real: There are pushes now for increased gender diversity in the workplace of pretty much every industry in the world. It’s what’s expected. More importantly — it’s what’s right. And yet the NBA should get a pass because some fans are willing to take it easy on us … because we’re “sports”?”

The next author, Chris DeSantis is a swim coach, psychologist, writer, podcaster…and has done a lot to bring to light the role of females in our sport as well as ignite conversations around the abuses that have occurred at the highest levels. He recently published:

In this post he also references the great work being done by Dr. Nicole LaVoi, but more importantly challenges the culture in college swimming (really speaking to athletic directors) to break from the norm and do more to hire female head coaches.

Lastly, I want to point out some recent good news where female coaches are getting hired & their chance to shine:

and outside of Swimming:

As mentioned before, we will continue to post the work being done by Dr. LaVoi, as well as any submissions from athletes and coaches in the DMV that would like to have their voice heard!