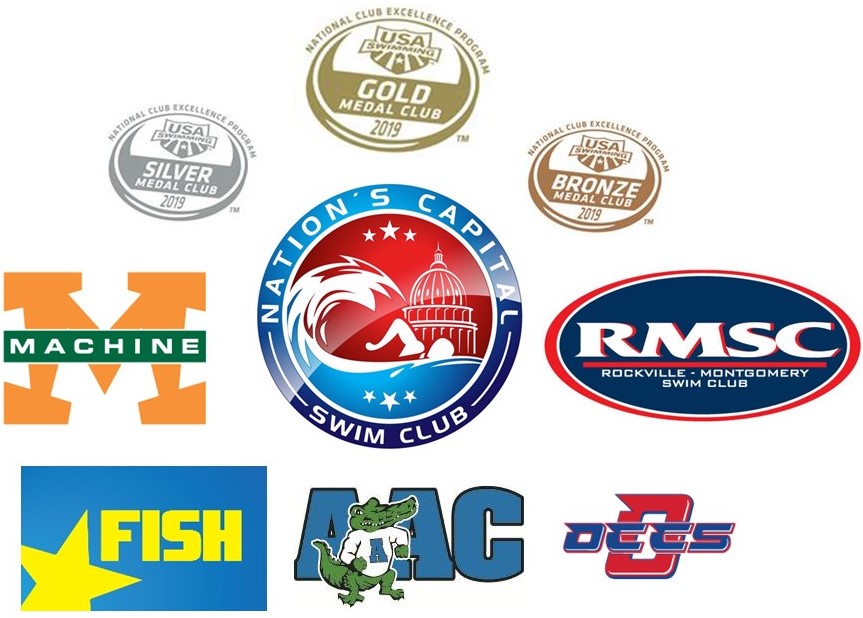 Note:
USA Swimming made an error when they first published the list, erroneously calculating RMSC’s Level and points. They have since updated to reflect that RMSC achieved Silver Medal Level with 14,418 points

USA Swimming, the National Governing Body for the sport of swimming, announced that Nation’s Capital Swim Club (NCAP) has earned the top position in the USA Swimming Club Excellence program for 2019.  This is the 5th consecutive title that NCAP has won under this program, which recognizes USA Swimming’s highest-performing clubs in the development of athletes 18 years and younger.   NCAP finished over 13,000 points clear of second-place finisher, SwimMAC Carolina (NC) .

Below are all of the PVS teams that USA Swimming recognized under the Club Excellence Program in 2019:

NCAP also was one of three clubs to receive the 2019 Podium Club honor, which is awarded for achieving a Gold Medal ranking for four consecutive years. In addition to earning Gold grant dollars, Podium Club members also receive a financial bonus from a pool of dollars to be divided equally among the number of teams in the Podium Club each year.

USA Swimming established the Club Excellence Program to recognize up to 200 outstanding clubs for their commitment to performance excellence.   The Program is voluntary, and clubs seeking recognition under the program must submit an application to USA Swimming that shows that the club has:

Every club that submits an application will be ranked based on the amount of points that its athletes scored under the FINA Points Table, a power point rating system that assigns point values to swimming performances.

Clubs may qualify for one of four levels of recognition:

Upon recognition as a Gold, Silver or Bronze Medal Club, recipients enjoy the following benefits: