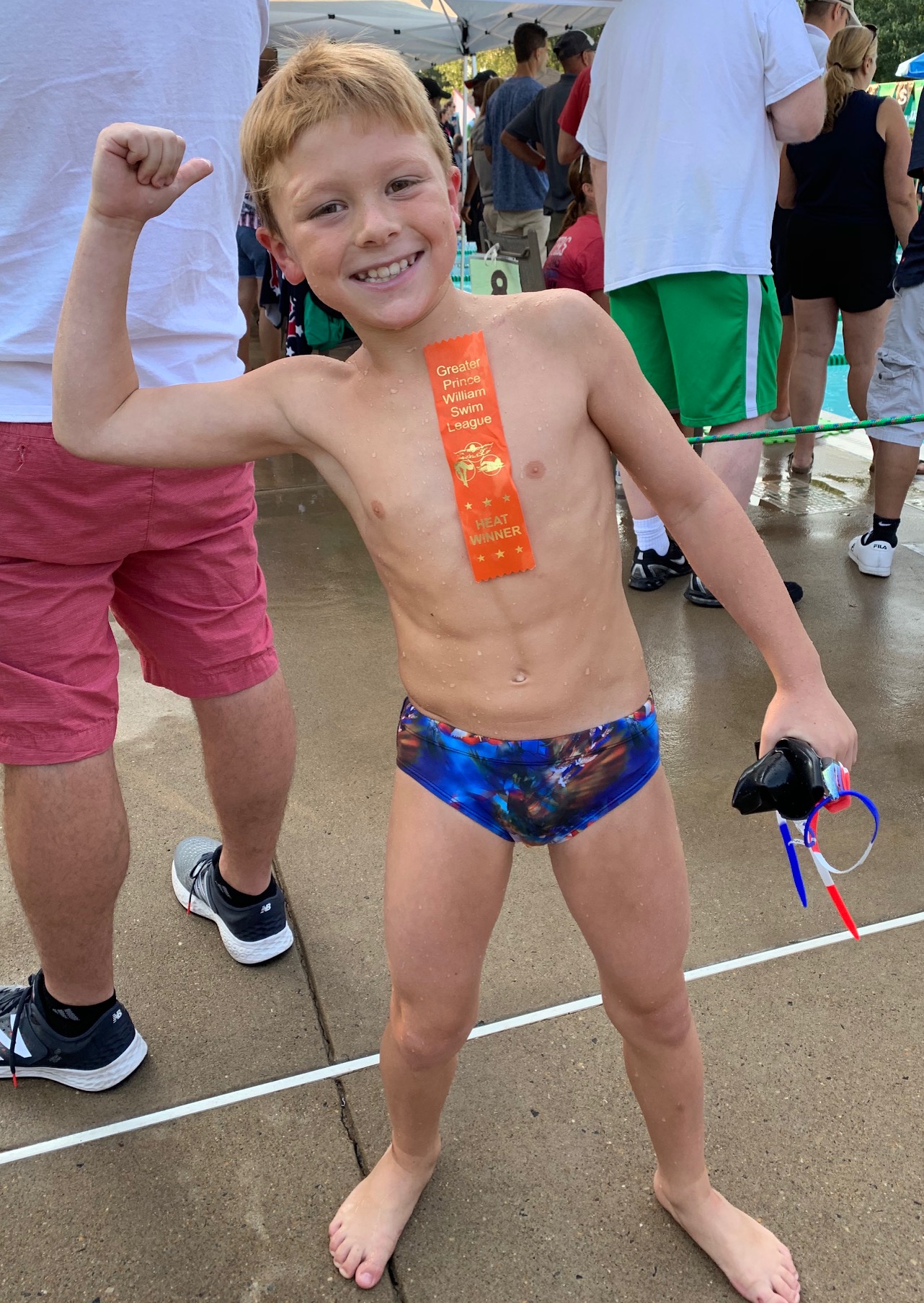 On Saturday, the Piedmont Tsunamis fell short in their quest to repeat as PWSL Blue Division champions, losing to the Sudley Seahorses while holding off the Braemar Blasters in a tightly contested battle.  The second-place league finish for the Tsunamis caps the team’s longest streak of wins as a contender in the top county bracket at thirteen, as they placed 284 points behind the Seahorses, and 336.5 points ahead of the Blasters by a score of 4139.5(S) v 3855.5(P) v 3519(B).

The morning was marked with fierce competition as the opening relays drew to a close.   Piedmont commanded four wins out of the initial eleven contests, but were not able to mark high enough in the outstanding events to take an early lead.  As the individual events began competition, only 26 points separated the three teams.  The Piedmont swimmers were able to place top marks in 40% of the Free and IM races, which kept the meet in check and reach early on.  However, the gap would widen by the end of head-to-head swims.  Final relays were almost perfectly evenly matched to close out the event, giving no team a singular advantage outside of the preliminary results.

Standout Swim:  The Boys 9-10 50 Backstroke event seeded the top three swimmers a mere .8 seconds apart, with Tsunami Gannon Maxwell staring northward at his two Sudley counterparts.  That would not hold as the race played out.  Maxwell blasted past expectations and rivals to bring home first place, lowering his time by a whopping 2.16 seconds, and scoring a new personal best of 41.78.

On the relay record front, the Piedmont 15-18 Boys were on fire to launch the meet, delivering league records in both of their combined events.  Opening the match, the Boys 15-18 200 Free Relay group of Sebbie Borden, Eric Liao, Luke DeVore and Henry Radzikowski claimed PWSL all-time honors with a new best of 1:38.25.  One short half hour later, the same squad would be at it again.  This time, bettering the county bar by a solid .75 seconds in the 200M Medley with an improvement to 1:48.44.

Also on the Medley Relay record front, the 13-14 Girls squad of Camille Spink, Emma Hannam, McKenna Curry and Hayley Hubert erased their Piedmont time from just two weeks ago by almost one and a half seconds, coming in at 2:10.64.

Three relay record holders from the combined events would also bring league and team top times in individual performances.  The first of these came from Camille Spink, this time for a PWSL top outcome in the 100M IM at a new best of 1:04.37.  Spink would later cap her individual swims by delivering her third Tsunami team record at the event, marking a 28.94 in the 50 Fly.  Next, Eric Lao for the 15-18 Boys brought repeated honors in the 100M IM, setting the new Tsunami goal at 59.68.  Later, Emma Hannam would strike definitively in the Girls 13-14 50 Breast, cracking the 35 second barrier for Piedmont to achieve a new team best of 34.88.

Behind the outstanding leadership of Head Coach Jay Thorpe and his staff, the Piedmont Tsunamis leave the 2019 summer campaign with an undefeated regular season record, 2nd Place league-wide accolades, and a solid foundation of enthusiasm and results.  We will see the Tsunami wave surge once again, next June, as the team continues their campaign towards another championship position for PWSL swim.  The Tsunami family sincerely thanks our hosts for the championship event, the Sudley Seahorses, as well as divisional rival Braemar Blasters for a morning of healthy swim and competition.  Finally, our sincerest of appreciation reaches out to all of our PWSL swim competitors, families, coaches, officials, sponsors, and meet support members for another exceptional summer of swim.