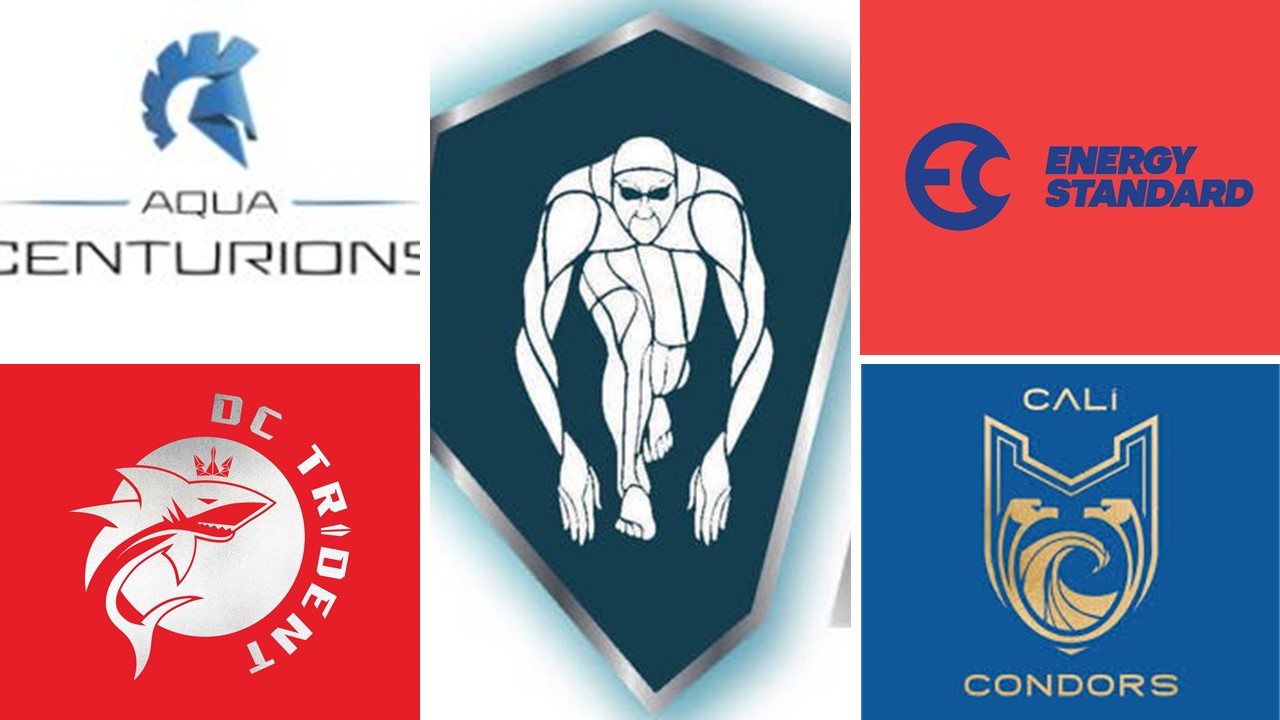 The International Swim League (ISL) held their first quad meet this past weekend at the Indiana University Natatorium (IUPUI) in Indianapolis, IN . It was a showdown between the 4 Group A squads, consisting of two European-based teams and two US-based teams:

There was a lot of hype going into the meet to welcome back a few previously ‘retired’ swimmers, notably Natalie Coughlin of DC Trident and Flourent Manadou of Energy Standard. Flourent made his debut on Day 1 in the 50 freestyle and showed he is still a formidable opponent by winning the event by .62 seconds over his Energy Standard teammate and British sprinting phenom Ben Proud. Natalie’s debut came in the 50 backstroke, finishing 7th in 27.69, not bad after a 3 year hiatus from competitive swimming.

The format was akin to a college met where 2 swimmers from each team filled the lanes in each event. The teams were assigned to lanes in a round robin fashion, with both swimmers next to each other (not like traditional meets where the fastest seed time gets lane 4). The meet had almost a frenetic pace where they managed to complete 19 events in a 2-hour span. Here’s a Tweet from DC Trident showing the squad getting hyped:

Each pair were announced to some rocking music and their team logo emblazoned behind them. Some swimmers took advantage of the stage and had a choreographed handshake or dance move, while others smiled and acknowledged the crowd. I think over the next few weeks we may see some more personality in the ‘walkout’ to get the crowd a bit more hyped.

Day 1 highlights came with the first race, women’s 100 butterfly where Sarah Sjostrom and Kelsi Dahlia battled to the finish. Sjostrom took that race 55.65 to 55.88.

In the women’s 400 IM, the lead changed three times between Hali Flickinger from the Cali Condors, Katie Ledecky from the DC Trident and the ultimate winner Melanie Margalis from the Cali Condors. Katie had the lead going into the last 50 breaststroke, then Melanie took over and actually out-split Katie in the final 100 free to win the race in 4:25.77 to Katie’s 4:27.18.

Day 2 also brought excitement to the women’s 400 freestyle, where DC Trident’s Katie Ledecky was head-to-head against with Cali Condor Ariana Titmus. This was a rematch of sorts from the World Championship race where Titmus came from behind to beat Ledecky. Ledecky took it out fast, and this time her lead was never in doubt as she out-split Titmus over the last 100 58.47 to 1:00.75. This performance was a new American record time of 3:54.06!

By far the most entertaining event to watch was the ‘Skins’ race, where 8 sprinters raced the 50 freestyle in a ‘knockout’ format. In Round 1 all 8 swimmers competed, with the top 4 advancing to round 2. The top 2 finishers in Round 2, which is held only 3 minutes after, move on to the final round. Again after a 3 minute break the final two sprint to the finish. In the women’s race Sarah Sjostrom took the title as she posted 23.89 in round 1, 24.32 in round 2 and 25.11 in the final round. In each round, her Energy Standard teammate Femke Hemskerk chased, but was second each time. The men’s race saw Flourent Manadou take each round, 21.24 22.00, and 22.97. Energy Standard also had the second place finisher with Ben Proud.

Possible improvements– showing times for the field. On the broadcast through ESPN 3, they displayed the winning time for each race but not the others, rather they focused on the point system.

Looking forward to seeing this in person when they compete in College Park November! If you haven’t already, get your tickets!