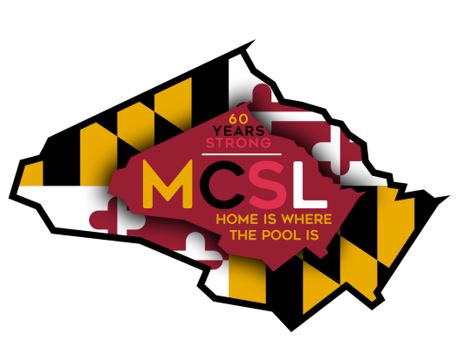 By Reach for the Wall Staff and anonymous contributors

This past week we received an email from a contributor that contained some in-depth analysis of the times an accomplishments of the Montgomery County Swim League (MCSL) community for each age group. This season would have marked the 62nd year of competition for the league, which has been sidelined by the COVID-19 crisis. That said, the league, which exists to “Develop a love for the sport of swimming, advanced aquatic skills, teamwork, and the principles of good sportsmanship” is still functioning in spirit as we have received many updates from various teams displaying their ingenuity in keeping the kids involved and connected with the sport. We hope this series of posts will provide some fun distraction from your day-to-day as some of the ‘old-timers’ reminisce of their glory days. This week, we will post the top 10 times by age group, starting with today’s post of the 8 & Unders.

The Methodology:
The standards below were developed by using MCSL records from 2000 as a starting point and then searching the MCSL results on the website for times faster than that that County Record.  In this way, they were not missing any times from before 2000.  The one exception is  girls 8 & Under back because Karla Wilson still has the MCSL Record!  From there the researcher(s) found the next nine (9) fastest times since 2000 (and with this method may be missing some pre- 2000 times).
As result, there are a few age groups that don’t have 10 names because there haven’t been 9 people who have gone faster than the 2000 record. One example of this is the Girls 8 & Under Freestyle, which only has two times listed…Candy Camacho swam a 15.89 in 1982 & held the record until it was broken in 2010 by Megan Sharkey when she blazed a 15.45. None have gone faster than either swimmer since…The next fastest time we could locate was Maya Fischer who posted a 16.05 (coincidentally, also in 2010).  For conversation sake, the 8 & Unders did not swim Breastroke or Butterfly until the 1993 season…not that this impacts the top swims list, just that they didn’t swim the events until that year.
Please feel free to respond in the comments if you would like to add a name/time to the list that has been missed.

Who held the record (and time) before Candy?

That wraps up the 8 & Under events…look for our next post where we provide the rundown on the 9-10 age group!