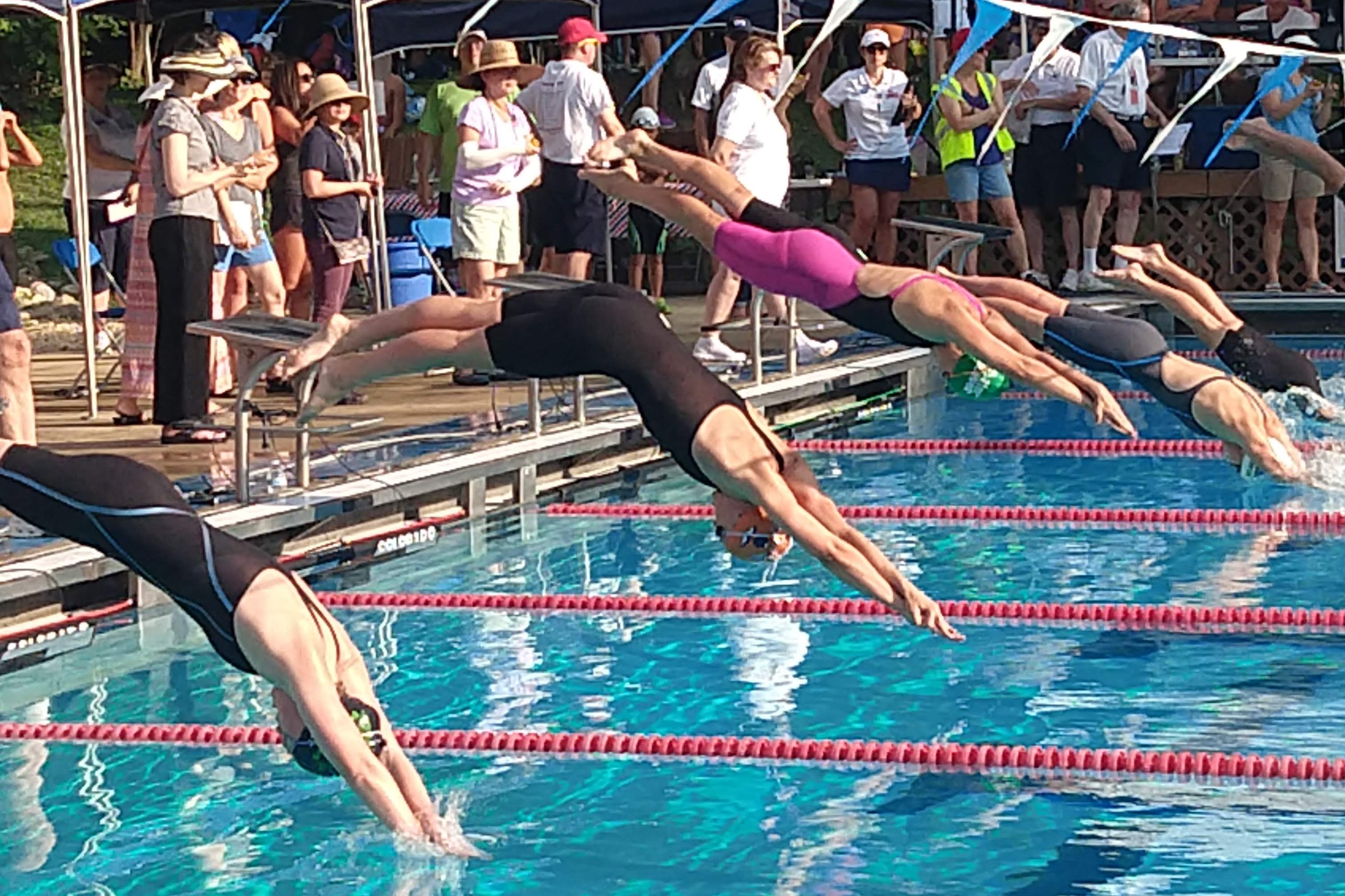 By Contributor Jason Blanken and Reach for the Wall Staff

This weekend would have been the annual All-Star meet (Relay & Individual), where thousands of swimmers and spectators descend upon the Rockville Municipal Swim Center to compete as one of the fastest 16 swimmers (and relays) in each of the events. This is usually a fun and fast meet where many records have been set throughout the years. That brings us to the latest installment of record-tracking. Contributor Jason Blanken provided the list of Long Course record holders resulting from his review of MCSL handbooks from 1975 forward. The meet was deemed official in 1974 as was documented in Sally MacKenzie’s blog “MCSL’s 50th Swim Season”, where she writes:

It wasn’t until 1974 that the long course meet was sanctioned as an official MCSL event. Long time coach and early long course manager Dave Greene reports that back then the meet was completely managed by MCSL coaches–hence the Coaches’ Invitational Long Course title. Charlie DeSando was one of the first meet managers; then Dave and Mark Eldridge took over. Dave writes:

“We met at Woodley Gardens Club House and, with a lot of food, drinks, etc., and many coaches, seeded the meet by hand. This was about a three hour process. The coaches ordered and labeled all of the rosette ribbons and ordered and designed the t-shirt. Shirts were first donated by Sonny Sollott Swimwear and then Aardvark. Most of the shirts in the 80s were designed by a swim parent (Carol Slothower – QO). The shirts were a big hit and motivation to qualify for the meet.

“The meet was first held in the old RMSC outdoor pool (7 lanes). It was officiated, timed, announced, and completely run by coaches. We went to PVS officials when we realized that the times were becoming very fast and swimmers were qualifying for Juniors, Seniors, and Olympic Trials. The meet needed to be sanctioned, and there needed to be USS officials starting, refereeing, and stroke and turning.

Of course the blog was written prior to the emergence of some of the more recent standouts, Katie Ledecky, Jack Conger, Carston Vissering, Eric Friedland, Michal Raab and others that graduated out of the MCSL and enjoyed success in collegiate, USA National Team, and professional swimming.

As with the Individual Records , the 8 & Under girls butterfly has the fewest record holders, with just 2 girls ever holding the title! The event that has changed hands the most is the Girls 12 & Under 200 IM, with 15. Speaking of the Individual event records, thanks to Dave Kraft for his input:

Hopefully in the next few weeks we can report on some live swimming results from team time trials or other events- stay safe & wear your masks!