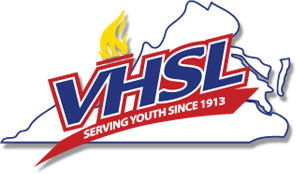 Update 2/27: Thanks for the feedback from our readers, who pointed out the while Classes 3-6 swam this week, the Class 1 & 2 meet is scheduled for March 6th in Christiansburg. We apologize for the oversight

The VHSL swim season culminated yesterday with the Class 6 State meet at the Jeff Rouse Center in Stafford VA. The season was like no other in how it was conducted and in the results. In a year where training schedules and normalcy, two things swimmers thrive upon, were vastly disrupted, the swimmers showed their resiliency! The biggest headline (of course) is the performances by Torri Huske. In prior years, the high school season would culminate with three to four weekends in a row of championship style meets, This year was set up for the same schedule, however due to weather the State meet was postponed two weeks in a row. Torri was able to keep her racing skills sharp by competing in the DMV Showcase last weekend, where she swam a trials/finals format and a 6-event schedule that included the 100 Butterfly. Yesterday was a timed final format, so there wasn’t any opportunity to get a ‘feel good’ swim before finals…it was one swim and you’re done. Apparently Torri was very comfortable with that format as she blazed through the pool in her first event, the 200 IM in 1:53.73 and setting a new National High School record in the process!! Her prior best time was a 1:54.50, which she swam in December at the USA Swimming 18 & Under Championship meet. Only one event stood between this swim and her hallmark event, the 100 Butterfly. Within 30 minutes, she stepped on the blocks to set yet another record- 49.95!! This was her first time and the first swimmer in a high school meet to go under 50 seconds in the race!

Torri Huske did it again. She just broke her own national high school record in 100 Butterfly with a 49.95! Just an incredible swim! @VHSL_ @rftwdmv @swimswamnews @SwimmingWorld pic.twitter.com/L0VRjSxoF9

The only other double individual event winner in the Girls meet was Battlefield’s Sophomore Camille Spink. She started the meet off with a 21.74 anchor (which was better than anyone else in the pool the field by ~2 seconds) on Battlefield’s winning 200 Medley Relay. Camille then went on to win the 50 Free in 22.55, which is her best and an Automatic All American time. A bit later in the meet she won the 100 Free in 48.93, which set a new State meet and Virginia record, the prior meet record was set by her last season. Her last swim of the meet was the anchor on the 400 Free relay where her 49.02 split helped Battlefield capture 3rd place. Note- only Torri Huske’s leadoff 48.04 was faster than Camille’s swim…the next best split was Alexandra Dicks from James Madison with a 50.05!

Earlier in the day, the Boys meet was competed at the same venue. In hindsight, maybe the Girls saw the results the boys posted and were extra motivated to compete? Nonetheless, Anthony Grimm set things off right away in the 200 Medley relay with his 20.87 backstroke leadoff. His Oakton teammates held the lead & captured the top spot. Anthony Grimm won both the 50 Free and 100 Breast. In the 50 Free he was .02 shy of his Meet record from 2019, but still posted a time that is 2nd fastest in the country for High School swimming. In the 100 Breast, he did set a new meet and Virginia record, posting a 53.84, which was .02 Faster than his swim last year and the time is good for 3rd in the country this year. Grimm also anchored Oakton’s 200 Free relay with a 19.24 and capture 1st place in the event!

Yorktown Freshman, Nolan Dunkel, was the other two-event winner, capturing first place in the 100 Butterfly in 49.14 and 100 Backstroke in 49.22. Nolan’s only relay swim was leadoff in the 200 Medley, where he split a 23.13…had it not been for Grimm, he would have posted the top leadoff time. Two other individual standouts were Noah Dyer from Herndon and Aiken Do from Woodson. Dyer captured the top spot in the 200 free and was the only swimmer to crack 1:40, posting a time of 1:38.82. In the 100 Free, he battled Aiken Do to the finish, just touching behind in 45.61 to 45.57. Aiken and Noah were the only two under 46 seconds in that race. Earlier in the meet Aiken finished 2nd to Anthony Grimm in the 50 Free, posting a 20.64, which is just shy of his best time. Aiken also swam the breaststroke leg of Woodson’s 200 Medley Relay, where he split a 24.83, which was .5 faster than anyone else in the field and helped Woodson capture 4th in the event. His last event of the day was the anchor on the 400 Free Relay, where he brought his team into 5th place, splitting an eye-popping 44.82! In the same race, Noah Dyer led off for Herndon with a 45.50, which helped them capture 1st place!

Congratulations to all the athletes that had a chance to compete and represent their schools one last time! We look forward to seeing more great results as the year-round swim schedule heats up!!