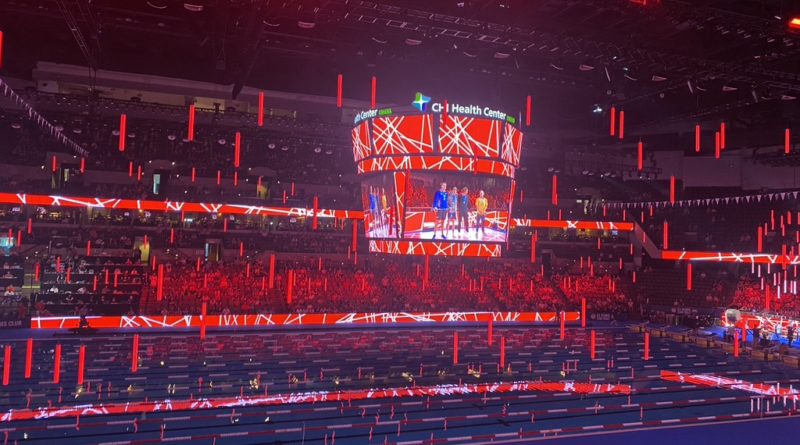 After our flight home from a week of fast swimming (which is an understatement), connecting with incredible humble swimmers from all over the country, and the juiciest Omaha steak I asked my youngest brother Zach, “What is so special about the Olympic Swim Trials? Is it the swimming? The chlorine filled arena? Watching the fastest swimmers in the country? Meeting your most favorite role model who you used to dress up as for halloween?”

With wide eyes and a huge grin on his face, he shouted “All of it! I knew after 2016 I wanted to go again”.

Reflecting back to 2016, Zach was only 10 years old and had just started swimming with the small club team at the time All Star Aquatics. He was a newbie to the swimming world and was just starting to understand the intensity of competitive swimming. Fast forward 5 years later, Meisel is now heading into his freshman year at Walter Johnson and has swam for Nation’s Capital for about 4 years now.

Being on the fastest team in the Nation and practicing at Georgetown Prep where once upon a time Katie Ledekcy trained at, put it all in perspective when arriving at DCA airport for my brothers and I.

“I spotted her bag right away as it had the NCAP logo on it! I took another glance, and then I realized that Camille Spink was sitting next to the bag. Camille Spink was on our flight to Omaha! THE Camille Spink who is still in highschool and who won the 100 free and tied for second place in the 50 free in Wave 1! And then later that week made the semifinals for 50 free in Wave 2! It is insane that we are on the same team as her!” says 16 year old Sam Meisel.

When we met Camille she was eager to follow us on Instagram and of course we followed her back. I remember scrolling through her Instagram account and thinking to myself how fun she seemed with her funky blue glasses and it reminded me that she is not just a swimmer. Even though my brothers and I grew up surrounded by top swimmers in the country it was easy to look at Olympians or National swimmers and solely think about their swimming rather than their whole story. Meeting Camille before arriving in Omaha reminded me when communicating with these highly accomplished and talented swimmers they are human and it is important to treat them like people, recognizing that swimming is not the one and only makeup of their character.

As Sam, Zach, and I are collectively a very outgoing bunch, I remember approaching Camille and looking up to her (literally and metaphorically) and feeling connected to her in a way as we were all swimmers and specifically swimmers all on the same team. Even though we don’t swim at the same location, let alone the same state, the fact that us four swimmers had this connection, enhanced the experience of meeting her and reminded my brothers and I how incredibly fortunate we are to have the opportunity to train on the number one team in the Nation and swim on the same team as some of the top swimmers in the world!

We also ran into our friend Jaycee Yeagher, who recently was training at UVA. She swam 100 Breaststroke at prelims and was seeded to make semis (and probably finals), but ended up dislocating her shoulder during the race, so her journey came to an abrupt end.

Next time one of you walks up to one of your role models and asks for an autograph or picture pause and think, why do I look up to this person? Is it only because of their talent or is it because of their character? The answer is both. Let’s remember that. As Michael Phelps stated at the trials, the Olympic Team needs Nathan Adrian and Simone Manuel as they are not just incredible swimmers, but incredible people.

Middle Meisel, Sam reflects “I feel grateful as I am going to continue my swimming career at St. Mary’s College of Maryland next year. Swimmers share this connection that is like no other. The understanding of waking up and seeing the stars out of your window and knowing that shortly you will be in a freezing cold pool, waking your whole body up to start the day. The challenges us swimmers face build us to be stronger humans and I am fortunate to have seen this first hand at the trials”

No matter what kind of swimmer you are, including swammers there is an underlying understanding of the commitment, drive that goes into this sport. We can all agree that we push our bodies in ways that are not normal to human anatomy and in many ways are more like fish than anything. I mean we literally practice holding our breath underwater! No other sport knows what that is like.

This photo was taken after Cody Miller’s last chance of making it to the 2021 Tokyo Olympics. As Cody walked out of the CHI Health Center, hundreds of young swimmers called out how much they loved his vlogs and how much of a role model he was. Although this week has been tough for Miller, he mentioned how he will continue to do his vlogs as he wants to inspire these young swimmers. At the very end of being chased by his eager fans, he runs into one more girl, Lanie Tietjen and offers her his sweatshirt. Cody Miller is the epitome of a champ and teammate. We are all very excited to see where his ISL career takes him!

This trials was different than the others, and not because of COVID but because Sam, Zach, and I were able to share this trip together. I have been a college swimmer for two years now and I find it particularly special that we are still all part of this world together even if we are not training together. As a division 3 athlete with a balance of academics, social, and swimming I have learned to understand that the beauty of swimming is the infinite paths to take and we all have to find the right one for us. I look up the swimmers who have retired prior to their college experience as this sport is not easy (which is definitely an understatement) and I look up the swimmers who are reaching their goals in college weather it is to swim in college, make it to NCAA, win NCAA, make it to trials, or make the Olympics. As American gold medalist from the Pan Am games and Olympic Trials finals (who you may recognize from her awesome dance moves)  Sierra Schmidt says, “success doesn’t come in one shape, it is defined in many ways”.

One thought on “Trials Retrospective- The Meisel’s take on Omaha!”