The entire Daleview team is lined up at the deep end of the pool facing the senior swimmer standing on the lifeguard chair. They’re quiet, expectant. With his arms out to the side, he slowly raises them and claps over his head. The team mimics his movements. They clap again. And again, getting faster with each clap until they are clapping frantically and yelling. The senior dives off the chair into the water and swims down the lane. Going down the lane taking turns, the entire team dives in and swims. It’s the Daleview Domino. At the shallow end they circle up, cheer, and splash. It’s a humid Wednesday July night, which for us, means a B Meet.

As they get out of the water a mass of yellow and gold fills the deck. The kids are happy: smiling and giggling. They take off their caps and goggles, chatting with each other, heading to the field to cheer. The older ones give younger ones piggy back rides. They don’t seem to notice how hot it is. Sure, they’ve just been in the water, but it’s more than that.

Favorite thing to do at Daleview: Play Sharks and Minnows with my friends in the well. Or just swim.

What do you love most about Daleview: I like when we go to meets and swim against other teams. I also like Camp Daleview because we do fun things.  (The day camp at the pool two former swimmers started; the counselors are all older Daleview swimmers.)

Favorite practice: Monday Fun-Day. (Me: Why? He gives me a “isn’t this obvious” look.) Because it’s fun.

Favorite food from the Daleview Diner (aka our meet concessions): (huge grin): Cheeseburger.

Best Daleview memory: I really like Coach Andrew because he has us do fun things. (Me: like what?) Just fun stuff. You know.

Favorite thing to do at Daleview: (thinks fo

r a minute): There’s so much fun stuff. But I pick going off the diving board. Or flips in the water. I love playing in the water. It makes me feel happy and relaxed.

What do you love most about Daleview: They tell you how to improve but in a good way. I keep telling my younger brother he should join the team; it’s so fun. But he doesn’t want to. (At this point she looks at her brother with a “How many times have I told you this” look.)

Favorite drill: Six kick switch. I love that drill. With either free or back.

Best Daleview memory: (she beams): It was my first meet. I had a false start but I didn’t know it so I kept swimming. I got most of the way through and a bigger kid –I think he was my neighbor — jumped in to stop me. They told me, “You have to go back and do it again.” I did it again. That year my paper plate award was the “Racing Double” award. 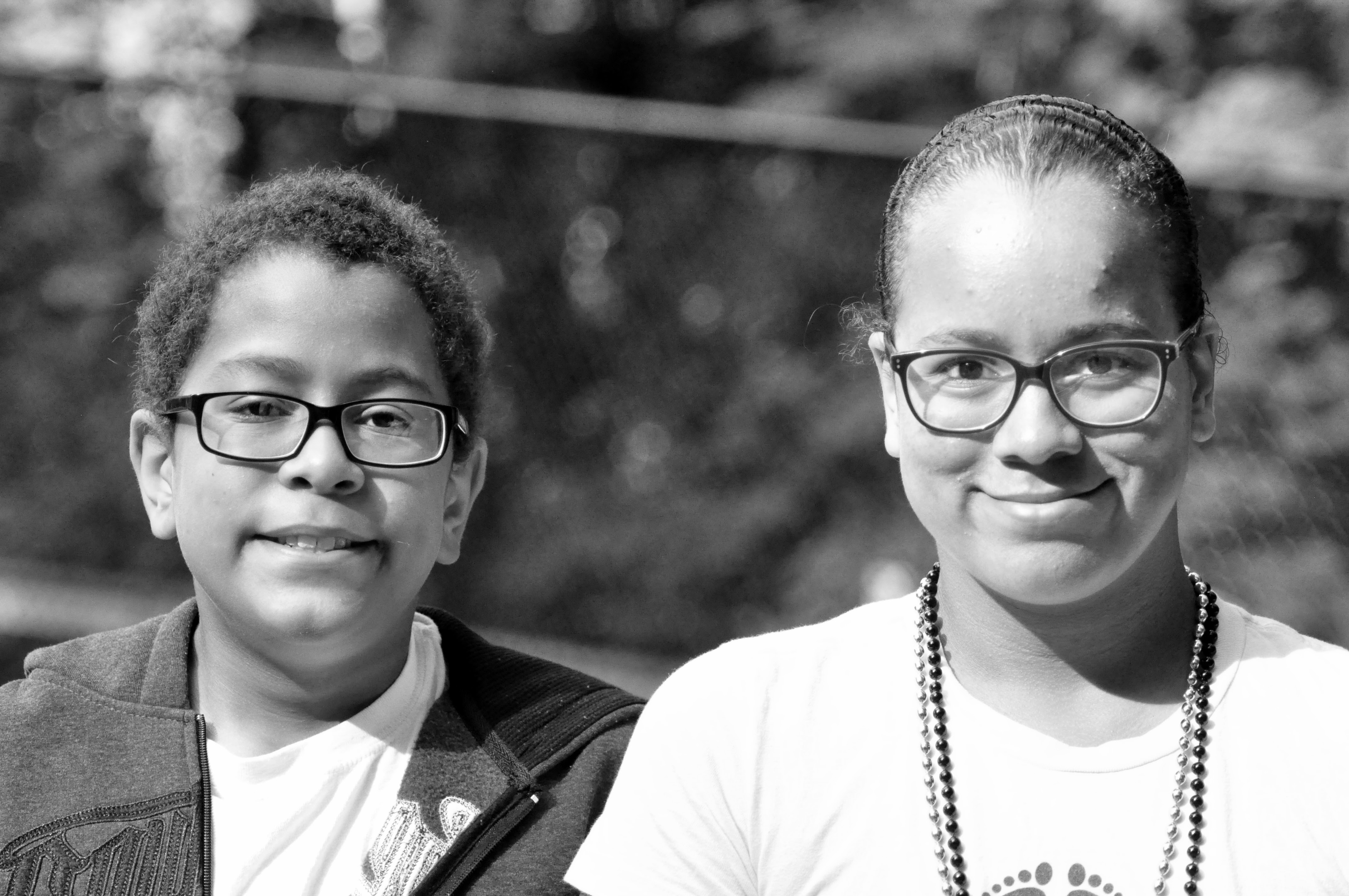 Favorite thing to do at Daleview: Matthew: playing in the well. Nicole: hanging out with friends.

What do you love most about Daleview: Matthew: I like the coaches. They’re really nice. Nicole: Everyone at Daleview is so nice. I like all the kids there.

Best Daleview memory: Matthew: Going to Six Flags with the team. Nicole: Just all the kids there. (As Nicole answers, she looks around at the Daleview kids around us and grins.)

Favorite thing to do at Daleview: (she scrunches up her nose, thinking): Cheer with my team at meets. The best cheer is “Boom Chicka Boom.”

What do you love most about Daleview: The community. I have great friends. We’re really a team.

Favorite food from the Daleview Diner: Ooh, that’s hard. We have the best food. I guess the desserts. All of them.

Best Daleview memory: The year I made Divisionals in Breast when I was eight. I had to wake up really early in the morning. I was all tired and then I opened the front door and saw the poster and gift bag from the Divisional Fairy. That was great. 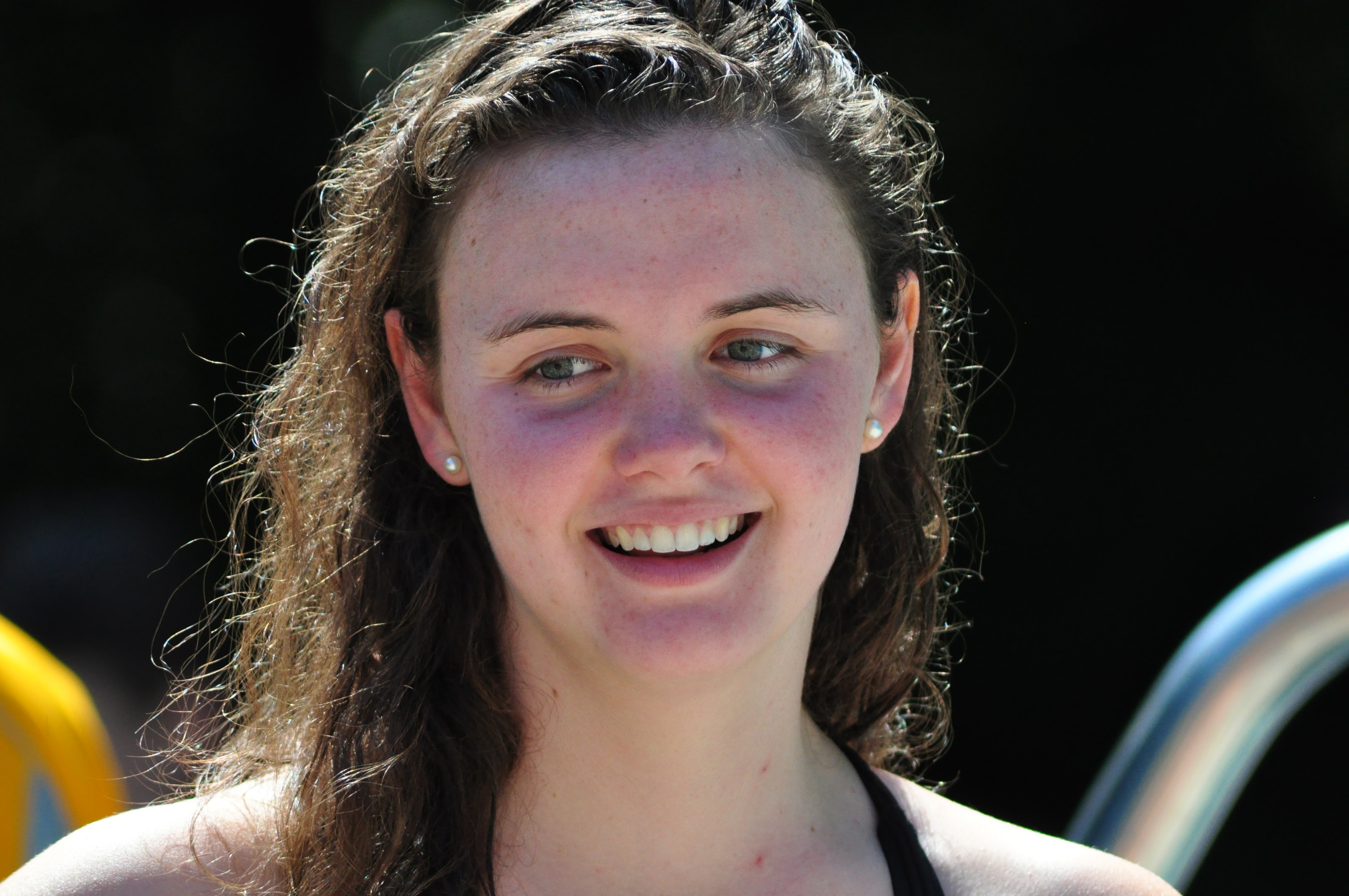 Favorite thing to do at Daleview: Playing in the pool and meeting little kids, but also getting to know swim team buddies better.

What do you love most about Daleview: The welcoming environment that teaches kids to love swimming. Swimming is so great because it’s a good way to escape whatever is going on in the rest of your life and be sort of alone with your thoughts, but also surrounded by encouraging friends.

Best Daleview memory: Watching my brothers swim in the last race of both of their Daleview careers, 100 breaststroke, when they both swam incredibly fast and Nate broke the team record. I was the proudest little sister in the world.

As an outgoing senior, what advice do you have for new-comers to the team: Go to the pool! It sounds silly considering you just joined a swim team, but going to every single team/pool event (spaghetti dinner, pep rally, 4th of July parade) is the best way to make close friends and have the most fun. Also, it’s great to hang out at the pool outside of swim team to become even closer and meet even more people.

The passion, enthusiasm, caring nature, and connections each of these kids have embody the Daleview spirit. And the greatest thing about Daleview? William, Naomi, Matthew, Nicole, Emma, and Anna are just six kids out of the 162 who all make it the amazing place it is.