Coming off of a White Division championship, the Bridlewood BWaves moved up to the Red Division and earned the most difficult schedule of the year heading into their 2017 summer season. The Ashland Stingrays filled the BWaves’ gap in the White Division and brought their best to Bridlewood for the season opener this past Saturday.

The BWaves welcomed the Stingrays by taking an early lead after the relays and holding steady throughout the meet to notch their first victory of the season by a convincing margin, with the final score of 2796.5 to 2445.5. The relays were definitely a strength for the BWaves as they won all but four of the nineteen and claimed the top time in the league for six relay races.

Rounding out the record-breaking swims, the 8&U Boys Freestyle team of Grant Eyre, Tyler Terhaar, Jacob Thorpe, and Christopher Verosko set a new standard of 1:20.83. All four swimmers are new to the “A” relay this year and they are off to a great start. Grant Eyre also laid claim to the 8&U Boys 25m Backstroke record, lowering the previous standard (which has been in place for nine years) by 0.48 seconds. The new record stands at 22.46 seconds.

With week one in the books, the BWaves look forward to hosting Braemar next week, while the Stingrays will play host to Piedmont.

The Southbridge Seals Swim Team kicked off their 2017 Prince William Swim League summer season at Veterans Park with a victory June 17, downing the Marlins by 311 points, 2422 – 2111.

Seals team members placed first in 27 individual events and 19 swimmers recorded 38 “Top 25 Times” in the league for the week. Although these individuals shined, throughout the meet it was the performance by each member of the team which led to Southbridge’s first win of the season. The Seals won 15 of the 19 relay events and seven of those relay teams placed among the league’s “Top 15 Times” for the week in their events. 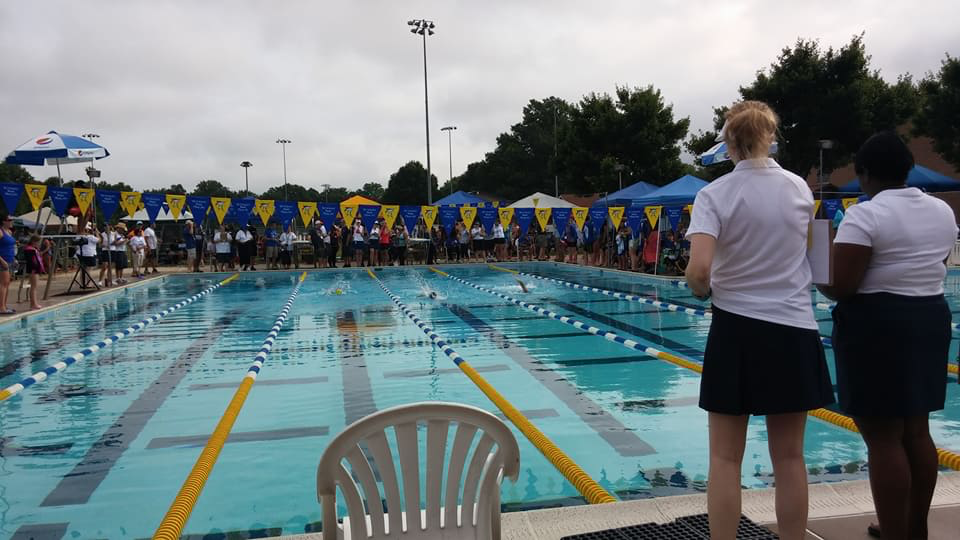 Greg Giovinazzo, in his fourth year as head coach stated, “All of the swimmers did a great job contributing to our first victory of the year against our friends from Vets Park.  I was very impressed by the performance of our swimmers and I’m excited to see them continue to excel as the season progresses.”

The Seals are the official swim team of Southbridge on the Potomac located in Southbridge, Va., and includes swimmers from the Southbridge, Potomac Shores and other surrounding communities in southeastern Prince William County. This year, the Seals have moved up into the PWSL’s Orange Division and will face off against Montclair and Stonewall Park for the division championship July 29 at Southbridge. They previously won the Prince William Swim League’s Purple Division championship in 2012, 2014, 2015, and 2016.