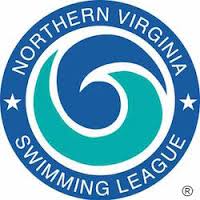 We’ve received quite a few updates from around the DMV swim community, sharing stories of showdowns and accomplishments in the Montgomery County Swim League (MCSL) and Prince William Swim League (PWSL), but haven’t received any from the Northern Virginia Swim League (NVSL). That said, the NVSL Twitter feed: @swimNVSL and NVSL league website has been alive with updates. These have come not only from the individual pools, but also from the Swim Ninja’s! The team at Swim Ninja has gone out and live-streamed a few meets as well as collected numerous video clips, tweets and pictures from the NVSL teams. Tonight at Lincolnia Park (4pm start time) the Ninjas will live stream the NVSL All Star Relay meet! This meet pits Relay teams that achieved the eighteen (18) fastest times League-wide and should be a great competition given the number of records broken over the first 4 weeks of the season.

Here’s the list of NVSL records as they occurred:

After 4 weeks of dual meets, the division champions are taking shape. The NVSL awards a division championship trophy to the team with the best dual meet record & in the event of a tie, both teams are awarded. Here’s how things stand so far:

Division 1: Chesterbrook and Overlee each have 4 wins and face each other July 20th. Chesterbrook has amassed the most points thus far and won the Division Relay meet.

Division 2: Dowden Terrace sits atop with 4 wins. Hunt Valley has the last shot to upset Dowden in their last dual meet, and if Hamlet wins would put them in a tie.

Division 3: Donaldson Run has 4 wins and also won the Relay meet on the 10th. They welcome the winless Hunter Mill team to their pool for the last dual meet and are poised to capture the division title.

Division 4: Fair Oaks is undefeated, and is clear of the field for the division title even if they lose this weekend in their matchup with Cardinal Hill.

Division 5: Orange Hunt leads the way with 4 wins, but Lee Graham prevailed in the Relay meet. Kent Gardens finished second in the relay meet and currently have 3 dual meet wins, as does Sideburn Run. The winner of next week’s meet will determine if there will be a share of the division title or if Orange Hunt will win outright.

Division 6: Mantua sits atop with 4 wins. The next closest is Villa Aquatic and Pinecrest, each with 2 wins. Mantua should claim Division 6!

Division 8: It is a three way tie at the top of this division as Sleepy Hollow Rec, Old Keene Mill and Lakeview each have 3 wins! Each team could be crowned co-champion as they do not face each other in the last week. All they need to do is win…

Division 10: Hollin Meadows and Rutherford each are undefeated going into the last weekend, where they face off against each other. This looks to be a great matchup as Rutherford has scored only 69 fewer points across their dual meets and placed second by 12 points in the Relay Carnival. Perhaps Swim Ninja will consider this as one of their ‘meets of the week‘!

Division 12: South Run is at the top with 4 wins and faces winless Kings Ridge to secure the title. Springboard and Truro sit in second place with 3 wins and face each other this Saturday. Should South Run falter, the winner of their matchup will tie for the division championship.

Division 13: Brookfield and Stratford each have 3 wins and will need to defeat their division foes Fox Hunt and Shouse Village (respectively) on the road this Saturday to maintain the tie.

Division 15: Woodley is undefeated and will swim the 2-win Ilda Community team. According to the NVSL Virtual Meet, Woodley should win handily and capture the division title.

Division 16: Parliament is undefeated and looks to remain that way to capture the division title. They swim the 2-win Commonwealth pool Saturday & should achieve a victory.

Division 17: Newington and Lincolnia Park are both undefeated and this one of the 4 divisions that has two undefeated teams vying for the division title. They will face each other Saturday, with the winner earning the division the trophy!