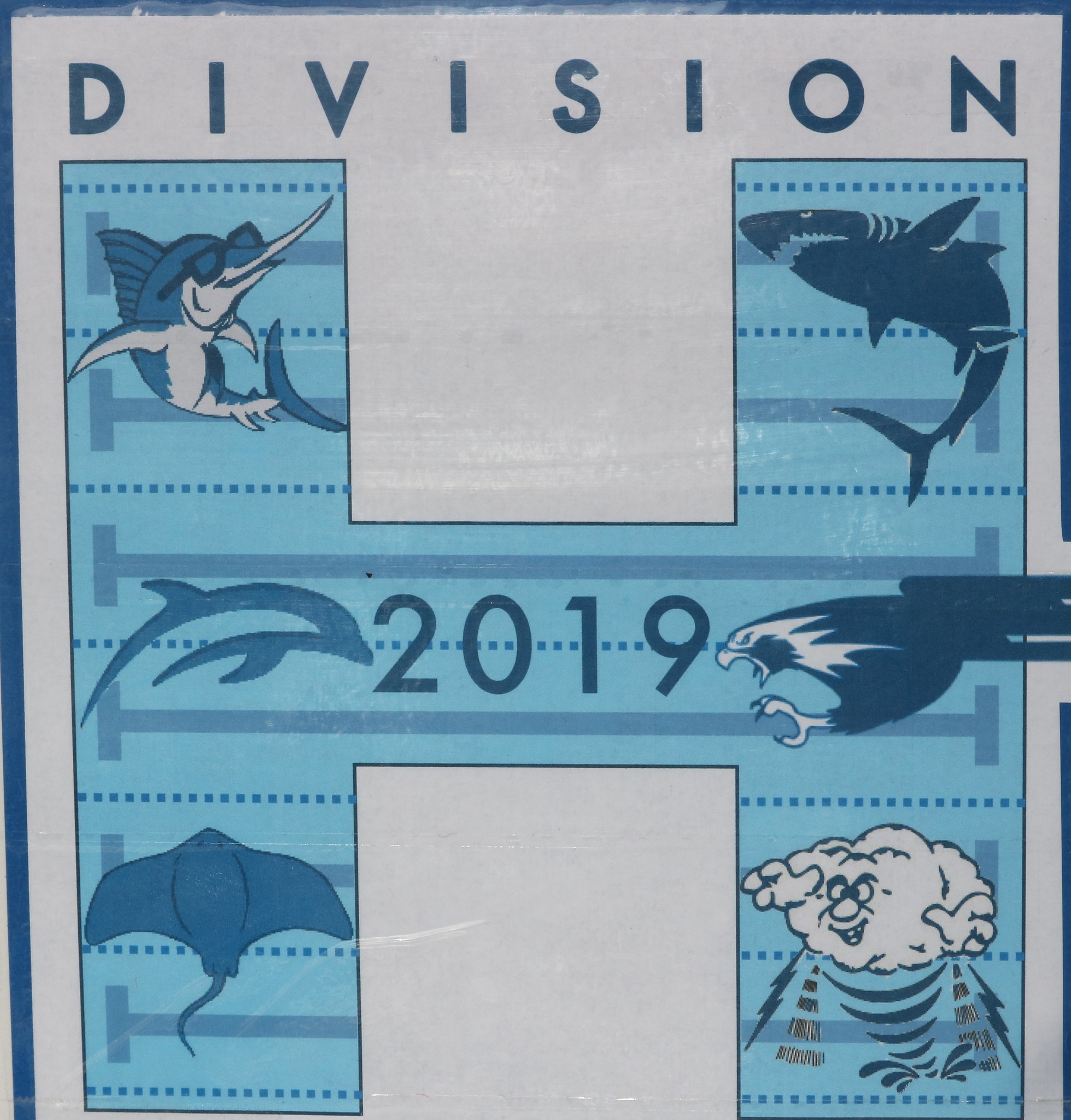 As the 2019 MCSL season comes to a close, it is only appropriate to look forward to what is surely the most highly anticipated meet of the year in Division H. Hosted by the Manchester Farm Dolphins, the latest edition of the Divisional meet promises to be both exciting and hard-fought between the six participating teams.

One of the prevailing storylines of the past five weeks has been the slim margins by which many  of the dual meets were decided. Particularly in Week 2 when the Division’s teams were separated by a combined score of 34 points. However, the Division’s closest meet would not come until Week 5 when the pre-season top two seeds, Seven Locks and Chevy Chase Recreation Association (CCRA), were split by a mere three points. But with the dual meets behind us, we must look forward to the season finale and the performances of the division’s top swimmers.

A quick look at the Division standings reveals a fairly clear-cut race for first and an equally compelling one for third. CCRA and Forest Knolls currently occupy the Division’s top two spots. The pre-season’s 2nd and 5th teams have both won four of their five dual meets, and the contest between them was won by Forest Knolls by a score of 403-388. The Stingrays of CCRA, however, are currently in first place by virtue of their triumph at relay carnival and will look to repeat that performance this weekend. All four remaining teams (Hallowell, Clopper Mill Kingsview, Seven Locks, and Manchester Farm) are likely competing for third place. The Hurricanes of Hallowell currently occupy that spot, but a last place finish like they suffered at relay carnival would see them relinquish it. Seven Locks and Manchester Farm will look to bounce back from 1 win (4 loss) records this season with a better performance on Saturday.

Despite not being one of the top-tier divisions on MCSL Division H has its share of top-tier swimmers, including fifteen who competed at Coach’s Long Course earlier in the season. As a result, it can be expected that there will be many fast swims on July 20. Particular age groups stand out as being extraordinarily competitive. In both the 11-12 girls and 13-14 boys, spectators will find in some cases nine swimmers who are under the All-Star time, with others looking to break through during the meet.

Finally, one race during the meet should be particularly entertaining as there is a chance for the MCSL record books to be rewritten. In the boys 9-10 25M Butterfly, Seven Locks’ Kirk Morgan (currently seeded with a 15.13) will try to surpass the county record of 14.82 set two years ago.
Another thrilling season in MCSL will come to a close this weekend, with six evenly matched teams vying for Division H supremacy.