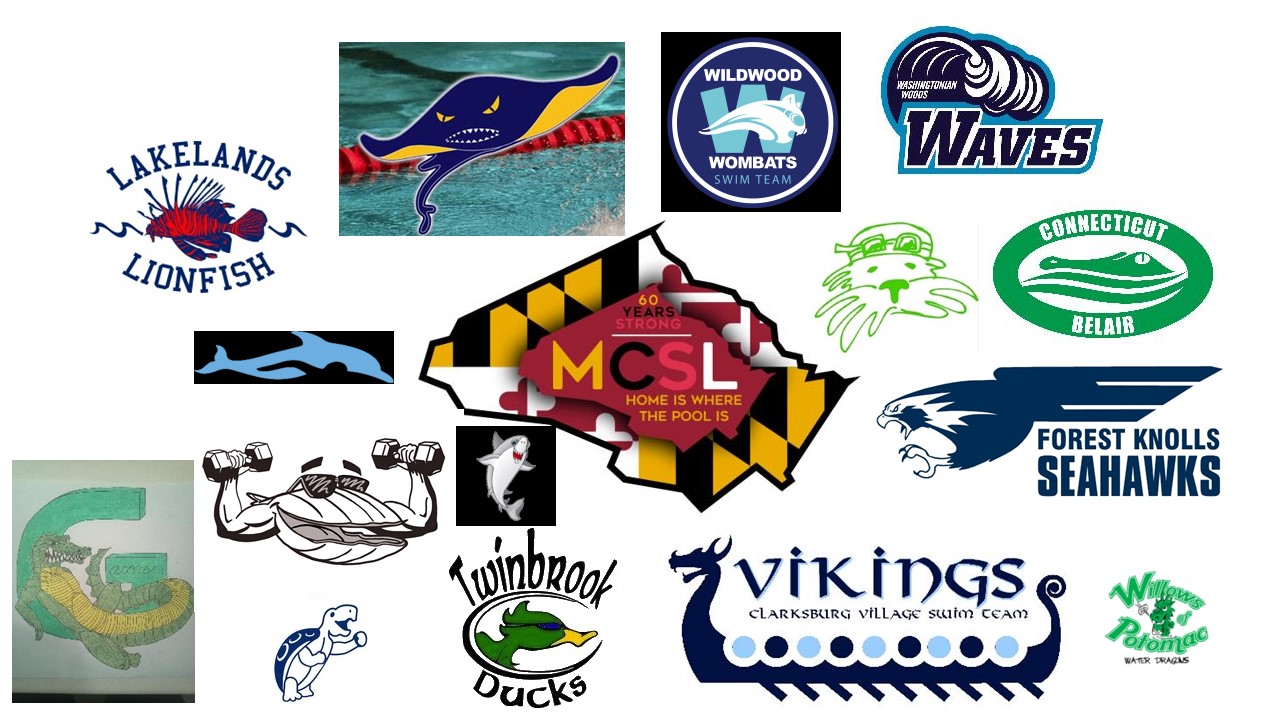 By Annabel Redisch and Ally Navarrete

The regular season for the MCSL has concluded after each division championship took place on Saturday, July 20. Here’s a recap of what happened in each division and how the final standings compared to our pre-season predictions!

Division A: Division A’s championship meet went as expected, with our predicted top two teams Rockville and Stonegate placing first and second, respectively. Third place at Divisionals (and in the Division) went to Tallyho, who we did not predict to crack the top three in Division A.

The Boys Open Medley Relay was a highly competitive race, with Tallyho taking the event in a time of 1:49.75. The next three relays were all within the 1:50 range, making for a great race with four teams finishing within one second of each other. Both Country Glen and Tallyho will compete in this event at All-Star Relays.

Division B: Division B’s championship meet solidified Wildwood Manor’s “7-0” winning streak, with the Wombats placing first with 924.50 points. This secured Wildwood as first in the division, while we only predicted a second-place finish for the team. Second at Divisionals was Northwest Branch, our predicted winner for Division B, but the team finished third overall in the division.

Wildwood’s Girls Open Medley Relay placed first at the meet, shaving 3 seconds off its seed time to go 2:03.32. The Wombats are going into the All-Star relay meet seeded first.

Division C: At Divisionals, Old Georgetown continued its dominance at the championship meet, placing first over top two teams Connecticut Belair and Flower Valley. Our predicted winner Connecticut Belair did (as we expected), win the division. Flower Valley took second over our predicted second-place team Tilden Woods, who placed fourth at Divisionals and in the division. Despite wins at both Relay Carnival and Divisionals, Old Georgetown ended the season as the third-place finisher in Division C, over our predicted Glenmont, who finished sixth.

In the Girls 8&U 25 back, Old Georgetown’s Molly McWhorter (8) was seeded with no time but won the event with a time of 21.71. She currently sits at #11 in the county in the event.

Sienna Karp (14) of Tilden Woods had a stellar meet winning all four of her individual events, in addition to posting best times in each event. Karp is currently in the top 8 for every event she swam at Divisionals (everything but the 50 free).

Division D: Quince Orchard came in first at Division D’s championship meet following a 5-0 dual meet season and a win at Relay Carnival. The team finished first overall in the division as we predicted. River Falls placed second at Divisionals, tying the team for second place in the  division with underdog Glenwood. Our predicted third-place finisher Mohican ended up fourth at Divisionals and in the division.

Division E: Division E’s divisional meet was one of the closest in the league, with the top four teams all placing within 61 points of each other. Bannockburn unexpectedly won after only winning two dual meets, and the team finished fourth in the division overall. Division E was the hardest division to predict results, and our predictions were off-base. Our predicted winner Daleview ended up sixth, with Clarksburg Village winning the division. Second place went to Robin Hood, and third to Old Farm.

In the Boys 15-18 100 breast, there was a tight race between Joseph Nonato (17) of Clopper Mill Kingsview and Sean Santos (15) of Hallowell. Both swimmers finished with best times, but Nonato managed to edge out Santos by 0.13 seconds for a final time of 1:06.34. Nonato currently sits at #2 in MCSL and Santos is #3.

Division I: Manor Woods also completed the MCSL season with a “7-0” record. The team’s win at Divisionals secured a 14 point lead in the division standings over second-place finisher North Chevy Chase. Manor Woods and NCC flipped places from our predicted finishes; we had Manor Woods as second and NCC as first. Our predicted third-place finisher Tanterra ended up sixth, with Rockshire taking third.

Tanterra’s Girls Open Medley Relay dropped nearly 4 seconds off its seed time and finished first in a time of 2:06.93, 7.77 seconds in front of the second-place relay. The relay is seeded first in Section II of All-Star Relays.

In the boys 13-14 age group, 13-year-olds Linus Ament of Manor Woods and Jordan Kelly of Rockshire dominated the meet. Ament placed first in the 13-14 boys 50 free and second in the 100 IM, while Kelly placed first in IM, breast, and fly.

Somerset’s Boys Graduated Relay placed first with a best time of 1:47.89, nearly a 3-second drop from a seed of 1:50.53. The relay is the top seed for Section II of All-Star Relays by nearly 4.5 seconds and is fourth in all of MCSL.

Division L: Washingtonian Woods also had a stellar “7-0” season to take the Division L top spot. We predicted the team would finish second, but it flew past our original top seed North Creek, who finished the season sixth in the division. Our predicted third seed Montgomery Square placed second, and Twin Farms pulled out an unexpected third-place finish at both Divisionals and the division.

Nicholas Liberty (9) of Norbeck Grove made a splash in the Boys 9-10 25 back, winning the event despite being entered with no time. Liberty won the event by 0.54 seconds and was the only 9-10 boy under 20 seconds in the event with a time of 19.83.

Division M: Upper County ran away with the win at Divisionals, beating second-place finisher New Mark Commons by 151 points. We were wrong to doubt Upper County’s prowess, predicting them as the second-place finisher. Our predicted winner Waters Landing ended up fifth. New Mark Commons ended up taking second, although we predicted the team would finish third. Third place in the division ended up being Long Branch, who went into the season as the fifth seed.

Division N: Our predicted winner of Division N Willows of Potomac completed its stellar season with a Divisionals victory. Due to the intra-division meets between Divisions N and O, we did not predict a second and third-place finisher for Division N. Second place ended up being Fallsmead, and third was Middlebridge.

In the Boys 9-10 25 fly, Middlebrige’s Alexander Jungbluth (10) went a time of 16.84. Despite this being a slight gain, Jungbluth was the only boy under 20 seconds, meaning he won his event by just under four seconds.

Division O: The only team to crack the 1000 point mark at Divisionals (and thus the team with the highest points scored at Divisionals) came out of Division O: Twinbrook. Twinbrook has had a fantastic season following the merger with Wheaton Woods, winning four dual meets, Relay Carnival, and Divisionals. Division O doesn’t have final standings out due to the unique set up of their Saturday meets, but Twinbrook is likely the winner, surpassing our predicted winner, Diamond Farm.

In the Girls 8&Under 25 backstroke, West Hillandale’s Ellie Luse (8) dropped .51 seconds to go a time of 24.12, getting the All-Star time for the first time. Additionally, Twinbrook’s Lillian Hess (7) also achieved the All-Star time with her swim of 24.32.

Tanglewood’s Jonathan Martin (17) dropped major time in both the 100 breast and 50 fly, earning All-Star times in both events. Martin dropped over three seconds in the breaststroke.