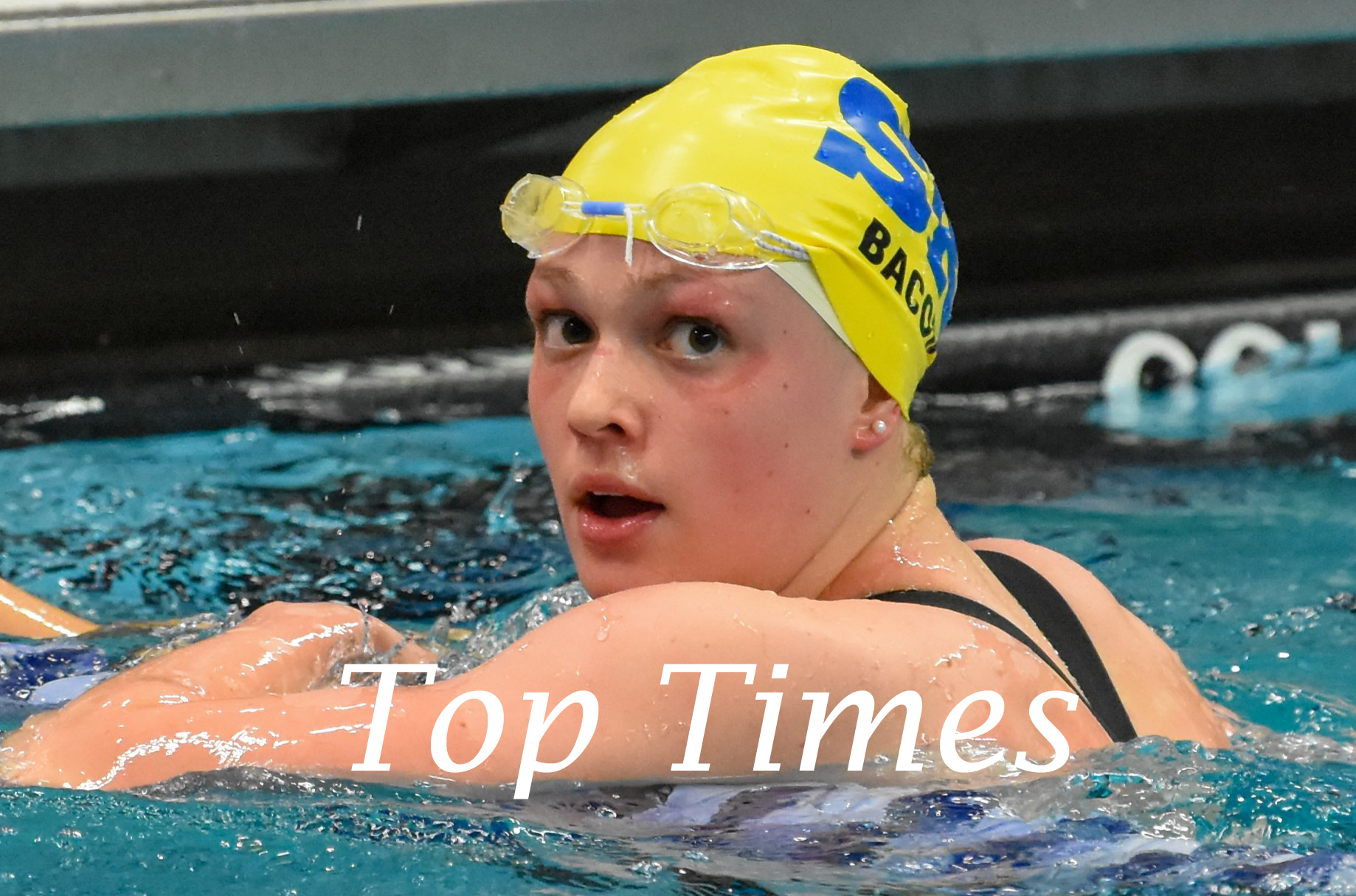 By Reach for the Wall staff and anonymous contributor

This is the 4th of our series of posts containing the top swims from the MCSL by age group. Starting Monday we posted the 8 & Unders, 9-10’s, 11-12’s and today the 13-14’s. As a reminder the criteria for making the lists are as follows:

The Methodology:
The standards below were developed by using MCSL records from 2000 as a starting point and then searching the MCSL results on the website for times faster than that that County Record.  In this way, the researcher(s) were not missing any times from before 2000. From there the researcher(s) found the next nine (9) fastest times since 2000 (and with this method may be missing some pre- 2000 times).

In yesterday’s rundown of the top 11-12 times, we saw there were more events where 10 swimmers met the gap between the current record and the record from 2000 (or before). In the 13-14 age group, the Boys 50 Freestyle is the only event that does not have 10 swimmers, and that event has the oldest swim for the age group by Jeremy Fain of Daleview (1992). Another interesting statistic is that more than half of the times were achieved between 2017-2019! As with the 11-12 list, Phoebe Bacon shows her versatility and made it in each event (5). Carly Sebring is the top swimmer (MCSL record holder) in 3 events and made it in 4 total. Jack Conger (2016 US Olympian) and Brett Feyerick are on the list in 4 events. Enjoy, we will post the last of the series tomorrow!